Tommy Hilfiger will present the fall 2019 TommyNow show at the Apollo Theater in Harlem.

After traveling the world, Tommy Hilfiger is bringing its TommyNow fashion show back to New York.

On Sept. 8, the company will showcase the fall 2019 Tommy x Zendaya collaborative collection, codesigned by Tommy Hilfiger and global brand ambassador Zendaya, at the Apollo Theater in Harlem. The choice of the Apollo Theater confirms a WWD report on Jan. 8.

The show is expected to continue the themes of inclusion, diversity and empowerment that Hilfiger and Zendaya brought to the TommyNow runway show in Paris for spring 2019. That runway show, which paid homage to the 1973 French-U.S. “Battle of Versailles,” featured an all-black cross-generational cast including Grace Jones, Beverly Johnson, Pat Cleveland, Grace Jones, Veronica Webb, Halima Aden, Jourdan Dunn and Winnie Harlow. Roller disco dancers on an illuminated runway warmed up the crowd of more than 1,000 guests.

The Apollo show marks Hilfiger’s return to New York, having shown in the city for fall 2016. Since that initial presentation, the worldwide tour touched down in Los Angeles for spring 2017, London for fall 2017, Milan for spring 2018, Shanghai for fall 2018, and then Paris.

“After traveling the world with TommyNow and an unforgettable show in Paris with Zendaya, I’m excited to return to where our see-now-buy-now journey started,” said Tommy Hilfiger. “Zendaya’s desire to bring TommyNow to Harlem felt like an amazing next step in expressing her vision for the future. Her statement-making point of view in everything she does is what makes her such an inspiring collaborator — it is an honor to continue to provide her with a platform in the fashion industry to share this.” 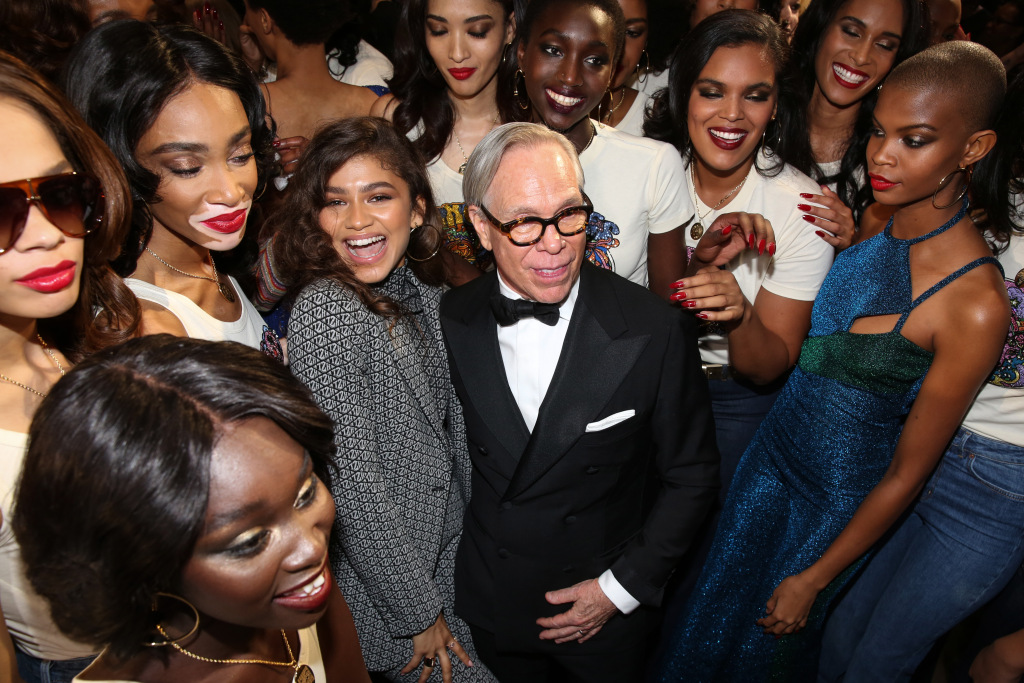 The Apollo Theater has hosted some of the world’s most iconic entertainers including Aretha Franklin, Ella Fitzgerald, Patti LaBelle and The Supremes.

According to the company, the fall Tommy x Zendaya collection will take cues from these strong and confident women, reimagining era-defining power dressing with a bold modern edge.

All runway looks will be available at immediately shoppable channels in more than 70 countries, including online at tommy.com, in Tommy Hilfiger stores, select wholesale partners, and social media.

In May, Ozwald Boateng staged a women’s and men’s runway show at the Apollo Theater, designed to celebrate culture, diversity, music, history and fashion and to mark the 100th anniversary of the Harlem Renaissance.

WATCH: Everything You Need to Know About Tommy x Zendaya’s Spring 2019 Show