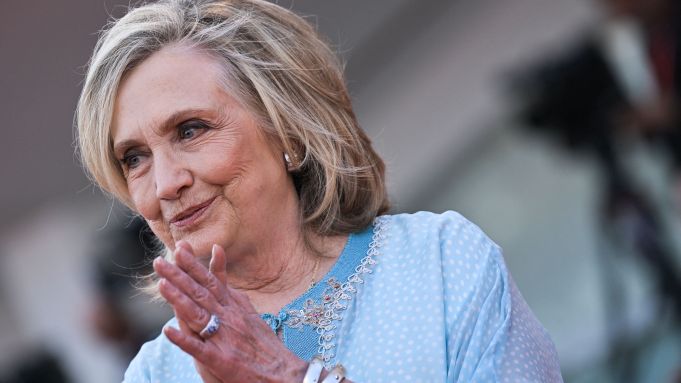 Hillary Clinton made a surprise appearance on opening night of the 2022 Venice Film Festival.

The former secretary of state, first lady and presidential candidate attended the premiere of director Noah Baumbach’s film “White Noise” on Wednesday night at the 79th edition of the film festival. Clinton walked the red carpet wearing a powder blue caftan embellished with crystals, pairing the look with silver rings and bangles.

She was among many attendees at the film’s premiere, including Julianne Moore, Regé-Jean Page, Tessa Thompson, Emma Chamberlain, Adam Driver and others.

Clinton’s appearance at the Venice Film Festival is her latest red carpet engagement this year. She previously attended the 2022 Met Gala wearing an Altuzarra custom off-the-shoulder Bordeaux silk duchess satin dress designed with the names of 60 American women who inspired her, including Harriet Tubman, Mary Oliver and Ruth Bader Ginsberg.