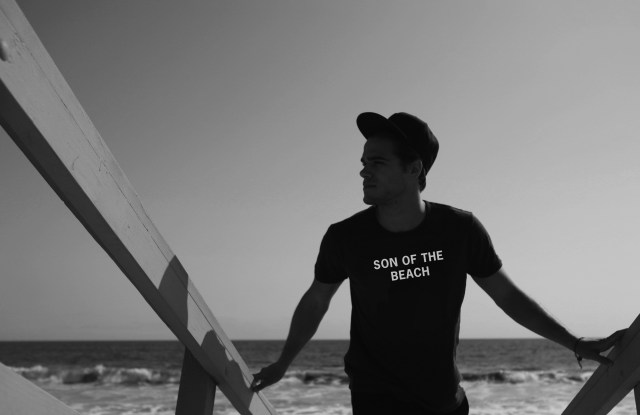 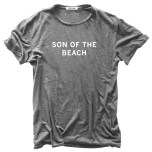 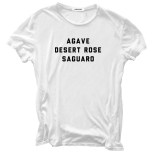 Hiro Clark started off as a digital brand three years ago. Collaborations with brick-and-mortar businesses have helped it scale.

The graphic T-shirts read “Son of the Beach” and “Agave Desert Rose Saguaro.” They retail for $128 and come with a solid black cap, the brand’s first foray into the accessories category.

“Ron Herman has been a great partner and was the first store to pick up the brand and they’ve done really well with it,” said Hiro Clark owner and creative director Andy Salzer. “They’re the perfect L.A. store. We make the perfect T. It was a perfect match.”

Salzer started the brand in 2014, testing the waters by intentionally starting off as a digital brand. The shirts are made in Toronto — via a manufacturer Salzer worked with in his past life heading up the New York men’s wear brand Yoko Devereaux — with the shirts printed in Los Angeles. There are three pricing tiers: $78 for blanks, $98 for seasonal pieces and reprints and $128 for limited-edition items.

“That was purposeful and strategic mostly because I wanted to make sure I had a strong understanding of the product and the story,” Salzer said of his start online.

He began selling his soft cotton jersey T-shirts to retailers last fall in places such as Ron Herman and American Rag. A collaboration with Equinox bore out in a surprising success for Hiro Clark with the line now in 15 of the upscale gym’s stores. Hiro Clark has also more recently partnered with writer and model Kris Kidd along with Le Labo on a T-shirt scented with Santal 33, which is good for six washes.

The brand is also preparing to launch a capsule collection that will be its most expansive offering, though still tightly edited, to date with T-shirts, sweatshirts and two pants.

“I think [collaborations] are a great way to introduce your brand to new people outside of your usual group of friends,” Salzer said. “It’s like getting out of your comfort zone which, in L.A., is always an interesting challenge.…I think it’s a really good way to get more eyes on the brand and it’s fun. It’s a creative way to make the product more interesting and new.”

The Rise and Ugly Fall of Kitson