Hitcase Armed and Ready to Take on Fashion Sector 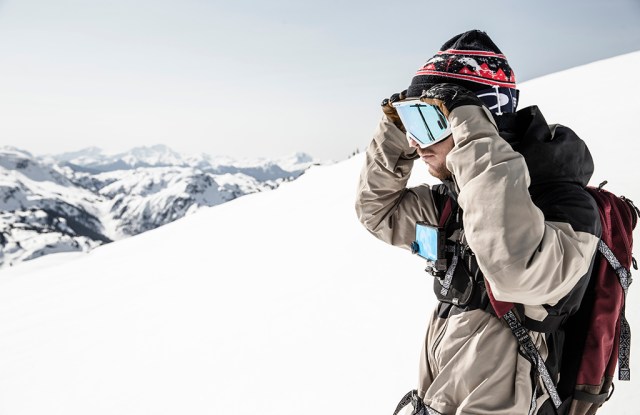 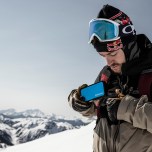 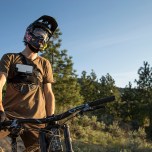 PICTURE THIS: After a few years of setting up satellite communications for the U.S. military and other agencies in Afghanistan, Brooks Bergreen returned home to Vancouver to regroup. Somewhat of a serial entrepreneur, he also designed and developed a health informatics system in post-war Kosovo, sold the pilot concept to the European Agency for Reconstruction, which then used $17.5 million to finance it, set up a staff and take over all assets.

Back in Canada, Bergreen decided in 2012 to fuse his documentary filmmaking and extreme sports pursuits to start Hitcase, an extra-durable, waterproof iPhone case with a wide-angle lens. There are various attachments that allow wearers to film with their iPhones hands-free. With a team of 24 brand ambassadors and counting, Hitcase is geared for adrenaline seekers like pro skateboarder Ryan Decenzo, snowboarder Geoff Brown and pro MX racer Colton Facciotti. Some Hitcase motorcyclists wear-tested the product at speeds up to 100 miles an hour. To give visitors to its Web site a sampling of the product and the company’s hired talent, there is a video of another one of its back-country skiers, Sean Pettit, taking on a near-vertical 1,000-foot drop at Whistler Mountain.

Adaptable for the iPhone 5s, iPhone 5c, iPhone 5 and iPhone 6, the lens options include a removable flat one, an underwater macro for iPhone, a 2x wide-angle TrueLUX lens and a 3x Super wide lens. A deal is pending with a major airline, which he declined to identify, to use Hitcase to film mechanical problems so that a team of engineers in different locations can work together without the added cost of flying them to where the plane actually is. Now Bergreen is counting on Hitcase’s multifunctional capacities to appeal to a range of industries.

Fashion is another prospect for Hitcase, according to Bergreen, who said, “Runways are like action sports for a fashion person. We designed the ChestR mount so that it’s very comfortable to wear and it doesn’t look like a technical piece.”

Beyond fashion shows, the industry’s increasing thirst for short films, online content and unexpected designer collaborations could be an open window for Hitcase, he said. “Here’s the thing, right now many people engage with brands online. And whether they are fashion brands or not, they need to be content brands,” Bergreen said.”Hitcase should allow customers to see different versions of a brand. Film shoots can inspire people to be excited about a brand.”

A few senior executives who joined the company earlier this year also have a link to fashion and action sports. Athlete and brand marketing manager Cody Swansborough is a former Red Bull marketing manager and independent action sports agent. Designer Raif Adelberg and Kenny Macintyre are co-lifestyle and culture marketing directors. Adelberg started his own signature label, owned the former Richard Kidd boutique in Malibu and as a gallerist produced shows for KAWS and Ryan McGinness, He has his own art installations, like The Dead Boys Clubhouse, which was inspired by the closing of CBGB, channeling Barbra Kruger, Malcolm McLaren and Vivienne Westwood. He is also creative director.

Kenny Macintyre, meanwhile, spent 10-years plus at Red Bull, working on its World Three Style Championships among other things. At Hitcase, he oversees all music and cultural initiatives. Bergreen’s wife, Sarah Galashan, a broadcast journalist whom he met while both were on assignment in Kandahar, offers public relations and marketing advice.”She knows the media space quite well. She doesn’t have formal work with the company but she’s always in my ear,” he said.