The Swedish high street giant unveiled the first three looks from the collection designed by Humberto Leon and Carol Lim. 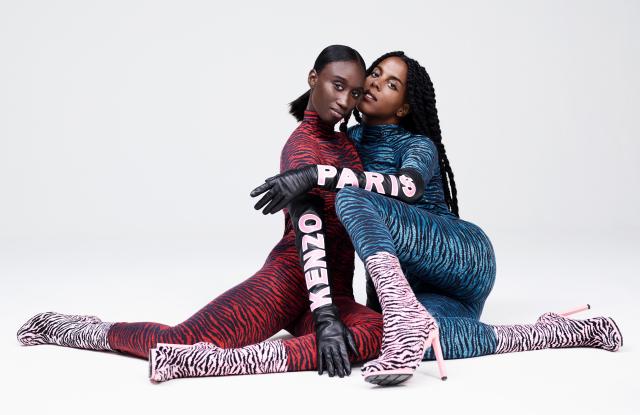 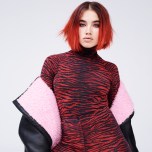 FRIENDS AND FAMILY: Hennes & Mauritz on Tuesday gave a preview of its upcoming collaboration with Kenzo.

The Swedish high street giant unveiled the first three looks from the collection designed by Humberto Leon and Carol Lim, which is due to go on sale on Nov. 3 in 250 selected H&M stores worldwide as well as online.

The looks, photographed by Oliver Hadlee Pearch, are based on a tiger stripe print in colors ranging from bright blue and deep red to a monochrome version.

Items range from basics such as turtleneck tops, high-waisted leggings and cropped jeans to statement outerwear pieces including an oversized leather jacket with pink faux shearling lining and a parka with a removable printed collar.

The looks are modeled by artists, creatives and activists like Amy Sall, founder of SUNU: Journal of African Affairs, Critical Thought + Aesthetics; Juliana Huxtable, a transgender artist, poet and DJ; Isamaya Ffrench, a makeup artist and member of the London-based Theo Adams Company, and Oko Ebombo, the Paris-based frontman of the band 19.