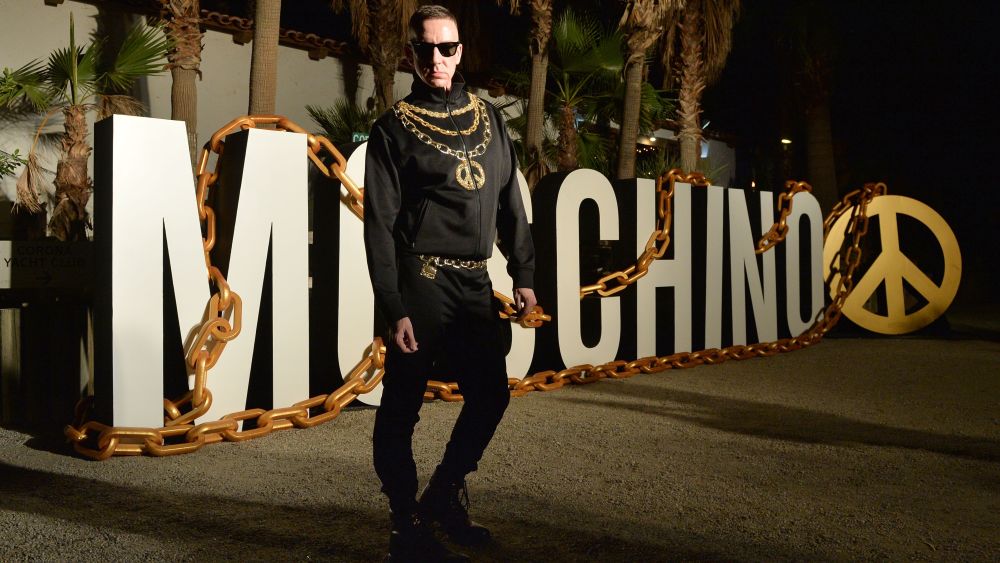 Moschino, who took the “cheap and chic” ethos to a literal level with a diffusion line of the same name, is getting back into the high-low game with an H&M collaboration unveiled in the wee hours of its annual Saturday night party during the Coachella Valley Music and Arts Festival.

The tie-up was made in a surprise reveal during the annual dance party at the Corona Yacht Club near the festival grounds, just after midnight. Designer Jeremy Scott, who presided over the star-studded party, his 12th turn at the festival, should have no trouble translating his Moschino designs into less expensive and just as cheerful versions for the Swedish fast-fashion retailer.

Every year, fashion lovers and bargain hunters alike anticipate news of H&M’s latest designer collaboration the way sports fans wait for draft day. It’s hard at this point, after 16 years of the high-low mash-ups — the first of which was with Karl Lagerfeld in 2004 — to say which collaboration has been the most spot-on. The Moschino effort may just be one of the more popular, judging from the way fans have snapped up Scott’s designs since he took over as creative director in 2013.

From Barbie to Powerpuff Girls and McDonald’s to Hershey Kisses, Scott is a master of interpreting mass market icons in his fanciful designs. Love them or hate them, it’s hard to deny that they are fun. His design muses, from Paris Hilton to Katy Perry, help push the Hollywood glam factor that Scott has brought to the Italian house. It was Perry who was by his side when he put his handprints on Hollywood Boulevard the same night that his documentary premiered at the legendary TCL — née Grauman’s — Chinese Theater in 2015.

Coincidentally, there is a giant H&M flagship across the street, where no doubt lines of Moschino and Scott fans will line up to get first crack at the collection, which debuts on Nov. 8.