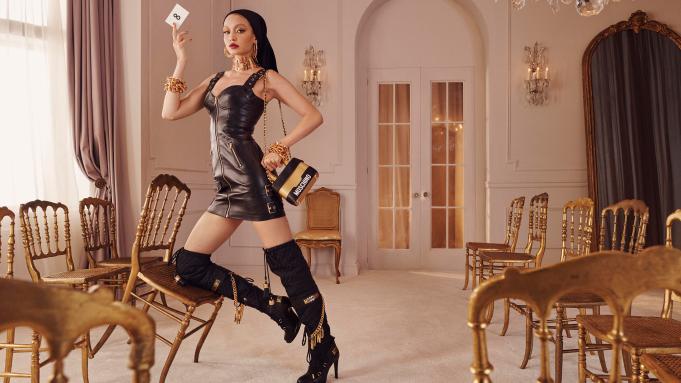 In anticipation of the H&M x Moschino collection that will be in stores and online on Nov. 8, the companies have revealed their campaign photographed by Steven Meisel.

The images are inspired from a “1950 haute couture show.”

Jeremy Scott, creative director of Moschino, who is collaborating with H&M, revealed their collaboration last April at Moschino and Scott’s annual Coachella party.

The collaboration is expected to revive certain archival pieces from Scott’s own collections, as well as those of the label’s founder, Franco Moschino. With an emphasis on playfulness and humor, the collaboration also comprises a full range of accessories.

Moschino follows in the footsteps of other successful H&M collaborations, including Karl Lagerfeld, Balmain, Marni, Kenzo, Versace and Erdem.