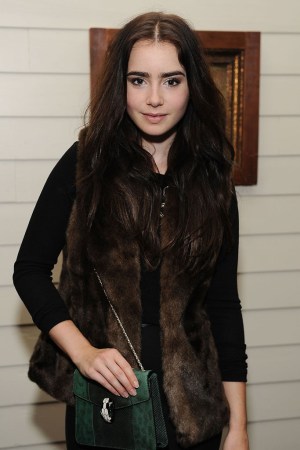 HOLLYWOOD JEWELS: What’s the best way to snag actresses for a brand dinner? As Bulgari has learned, it is to invite their agents (not publicists). The jewelry house, which is revamping its handbag offerings, threw a small dinner party at The Sherbourne in West Hollywood and called in CAA’s Tracy Brennan and Kim Hodgert to host an intimate group of their fellow power brokers and their clients. At the banquette of the small patio space, fellow diners were tickled to see Alice Eve, Andrea Riseborough, Juno Temple, Felicity Jones, Lily Collins and Lucy Punch discussing the ups and downs of being up-and-coming stars. “I’m scared to look at my schedule for the next few months,” said “W.E.” star Riseborough. “Oscar nominations are January 24,” Brennan chirped. Meanwhile, Temple chatted about her upcoming film “Lovelace” in which she plays the adult film star’s best friend. “It’s so brilliant to work on a movie that actually shoots in L.A. You can go home to your own bed after work each day.”