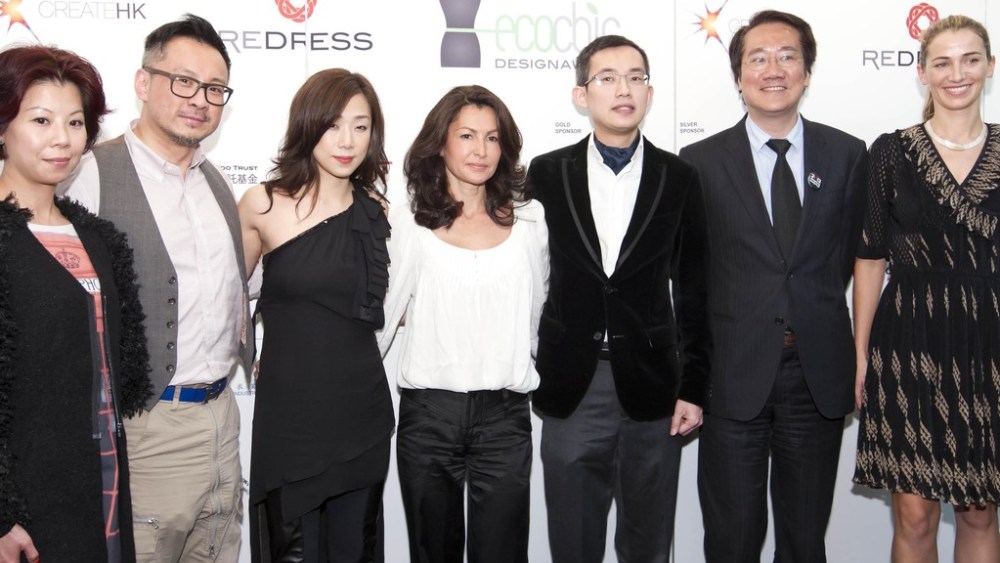 WASTE NOT: Celebrities, fashion designers and executives joined together to launch the second annual EcoChic Design Award in Hong Kong.  The contest aims to raise awareness about Hong Kong’s high textile waste rates. According to Hong Kong’s environment protection department, the garment industry and public discarded an average of 234 tons of textiles into Hong Kong landfills in 2010.

“We decided to focus on waste reduction because it’s a very apparent and obvious way to improve the environment or to lessen the negative impact on the environment,” said Christina Dean, chief executive of Redress. Redress is a Hong Kong-based NGO that started the contest last year.

“One influential publication that I read on mainland consumers found that brands were ‘green’ if they worked to reduce waste. Cutting waste appeared to be quite a big trigger for consumers. Why do consumers in Asia care about waste? A lot of Asia’s communities in Asia suffer directly from the waste from the fashion industry,” said Dean.

The contest is open to fashion design students and designers and aims to promote waste-reducing design principles, zero-waste, up-cycling and reconstruction. The six finalists will showcase their designs at Hong Kong fashion week in July. The grand-prize winner will design a sustainable collection for Esprit using recycled textiles. Separately, the award expanded this year with a second contest in mainland China. That contest, which is separate, launches in March.

Several of the judges of the contest spoke at the media event, talking about why sustainable fashion is important and what they’re doing about it.

Margaret Kutt, manager for sustainable projects at Esprit, said Esprit would be debuting a new line in June using the company’s own manufacturing waste.

“We want to use it as a platform to develop a reduced waste and recycled collection,” Kutt said.

Barney Cheng, a Hong Kong-based fashion designer, who is consulting with a firm that will be launching a line of recycled garments, said he’s more mindful of the environment impact of his designs, having seen the environment degradation from textile and garment factories.

“So even in China, it’s not uncommon to see bright pink little rivulets because they’re dying a batch of jeans. It’s great to have such bright jeans, but what happens to the water that the farmers use to water the veggies with?”

“It’s about choice. Whether you need to use such a bright color? We would like to promote organic dyes which don’t harm the environment as well. Also choosing to design with materials that are biodegradable. Using less plastics in the way that you package it,” he continued.

Also at the event was Hong Kong pop singer Sandy Lam who showed some sustainable designs she wore at concerts.

“I think most of us don’t realize that designers influence an estimated 80 percent of the environment impact of a garment. With our current environment crisis, it’s crucial to encourage and educate emerging fashion designers about their import role in making the fashion industry more sustainable,” Lam said.