H13A, the first part of a two-part capsule collection, looks at the brand's history through its past and new logos.

A look from the H13A collection

Founder Shayne Oliver revived his fashion label in July after a hiatus that began in 2017. The brand had been revamped on its return and is now comprised of four entities: Hood by Air, HBA, Museum and Anonymous Club.

H13A is the first Hood by Air capsule collection made by Museum and the first of a two-part capsule collection. The first drop launching today, and comprised of sweatshirts, denim, outerwear, accessories and art ranging in price from $55 to $295, looks to Hood by Air’s pivotal moments through its logos. Its “cookie” logo from 2007, the brand’s birth year, is updated alongside its “spiral” logo from the fall 2013 collection and a new “matrix logo.

The cookie logo is significant in that it debuted the brand, but it was also popularized by Rihanna when she wore it for her 2016 MTV VMAs performance. Rapper A$AP Rocky helped increase awareness of the spiral logo.

The third logo seen in the collection, dubbed the “matrix” logo named after the film series created by the Wachowskis, dissolves into a binary code and speaks to the increasingly digital fashion world. The logo also hearkens to the brand’s revamp video that was released in July. 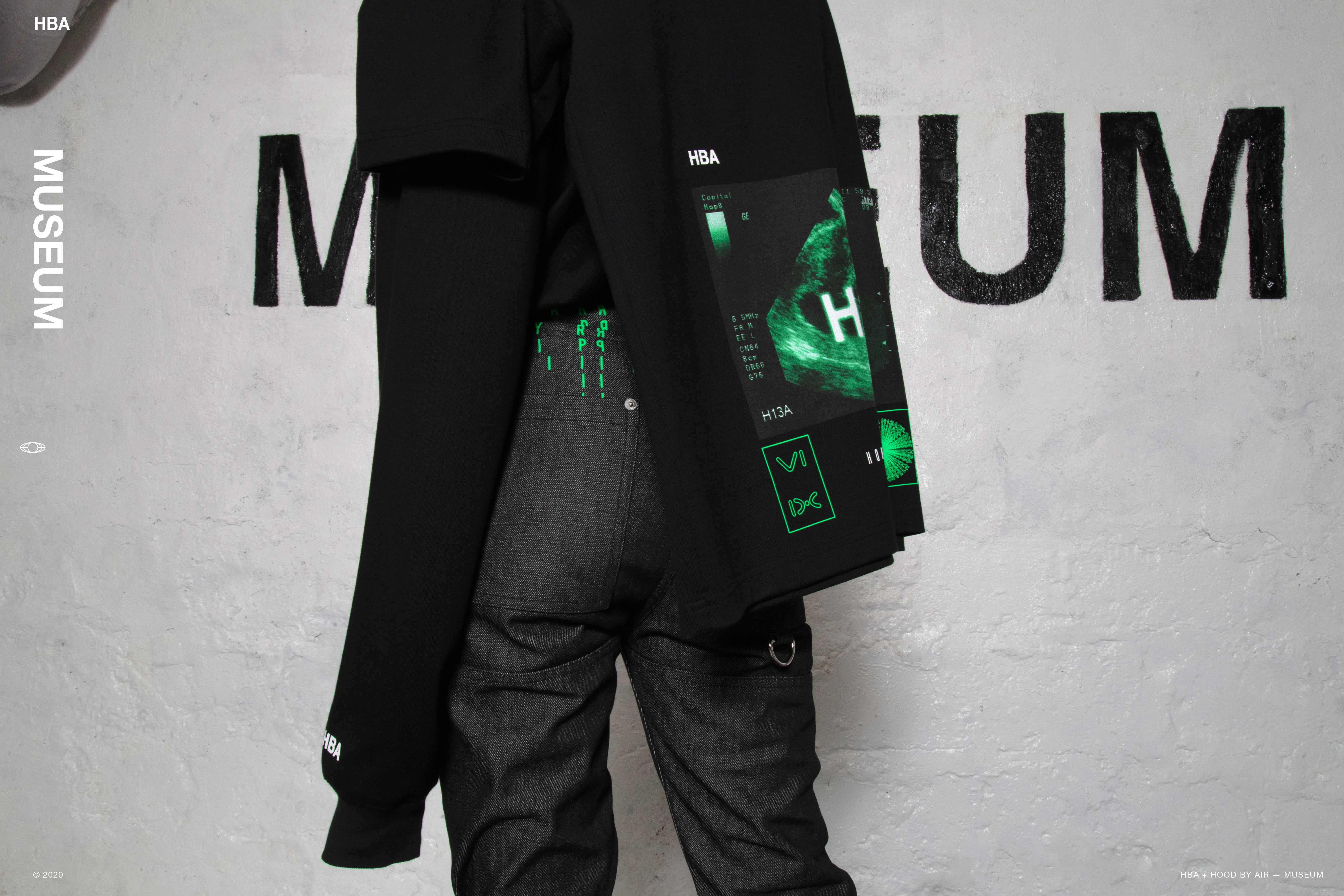 Another look from the H13A collection.  Courtesy Photo

The second drop is comprised of leather pieces like pants and jackets and will be released in September. Both drops will be available exclusively on hoodbyair.world.

Hood by Air officially relaunched in July with a limited-edition T-shirt and Cash Card made in collaboration with the Cash Card app. All proceeds from sales of the T-shirt went to Black Trans Femmes in the Arts, Emergency Release Fund and Gays & Lesbians Living in a Transgender Society.

Oliver said at that time, “There is another world that still needs to be created. It’s about tearing the old one down while figuring out a way to build a new one up, and in the midst of all of that, amplifying the ideas and conversations that we feel are important. Thirteen years ago, Hood by Air was birthed out of young, Black and POC creatives performing at the highest level. This was the contemporary output because no one else was doing it. Hood by Air resides here to allow risk and be vanguards for where it’s going next. Hood by Air, the new institution.”