The retrospective of the late German photographer’s work will bow in the fall. 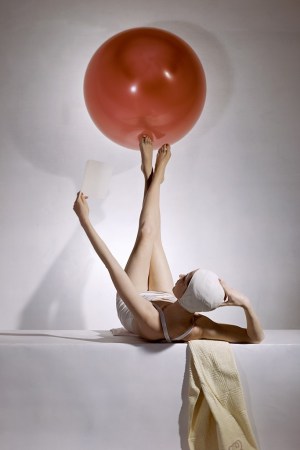 The museum said the show will explore the creative process behind some of Horst’s most famous images, such as his 1939 black-and-white “Corset by Detolle for Mainbocher,” by displaying contact sheets, sketches and cameras alongside the works themselves.

It will also illustrate how Horst achieved his dramatic lighting and pioneering work with color photography, with a short film showing Horst working in Vogue’s studios in the 1940s, while over 90 of his Vogue covers will be on display.

In addition, the exhibition will look at the photographer’s friendships and collaborations with artists, designers and actors including Coco Chanel, Elsa Schiaparelli, Marlene Dietrich and Salvador Dali.

“Horst…produced some of the most famous and evocative images of the 20thcentury. This exhibition will shine a light on all aspects of his long and distinguished career,” said Martin Roth, director of the V&A.

“Horst’s legacy and influence, which has been seen in work by artists, designers and performers including Herb Ritts, Robert Mapplethorpe, Bruce Weber and Madonna, continues today,” he added.