It was Roger Vivier creative director Gherardo Felloni's first trip to L.A. since starting with the brand last year.

It might not have been the decadent “Hotel California” that the Eagles sang about, but it was a close second.

When Roger Vivier brought its roving brand experience Hotel Vivier to Los Angeles on Tuesday night, guests never wanted to leave. The party was staged at the 11,000-square-foot, Holmby Hills château built for the founder of Architectural Digest in the Nineties, and inspired by Versailles and the Petit Trianon. Inside, each room was kitted out in cinematic form, starting with the pale pink hotel reception, with cubbies full of Très Vivier pumps, that looked like something out of Wes Anderson’s “The Grand Budapest Hotel.” 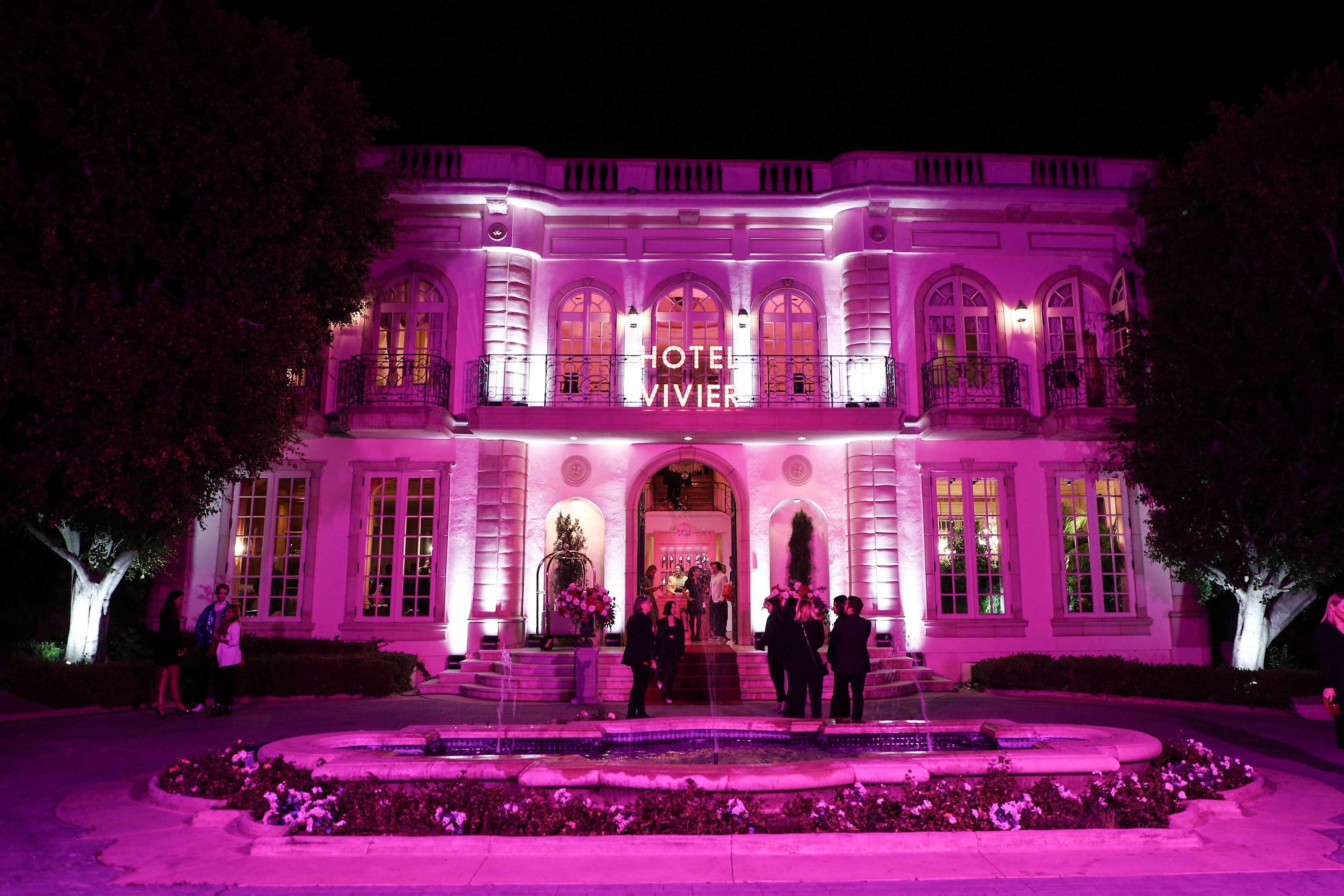 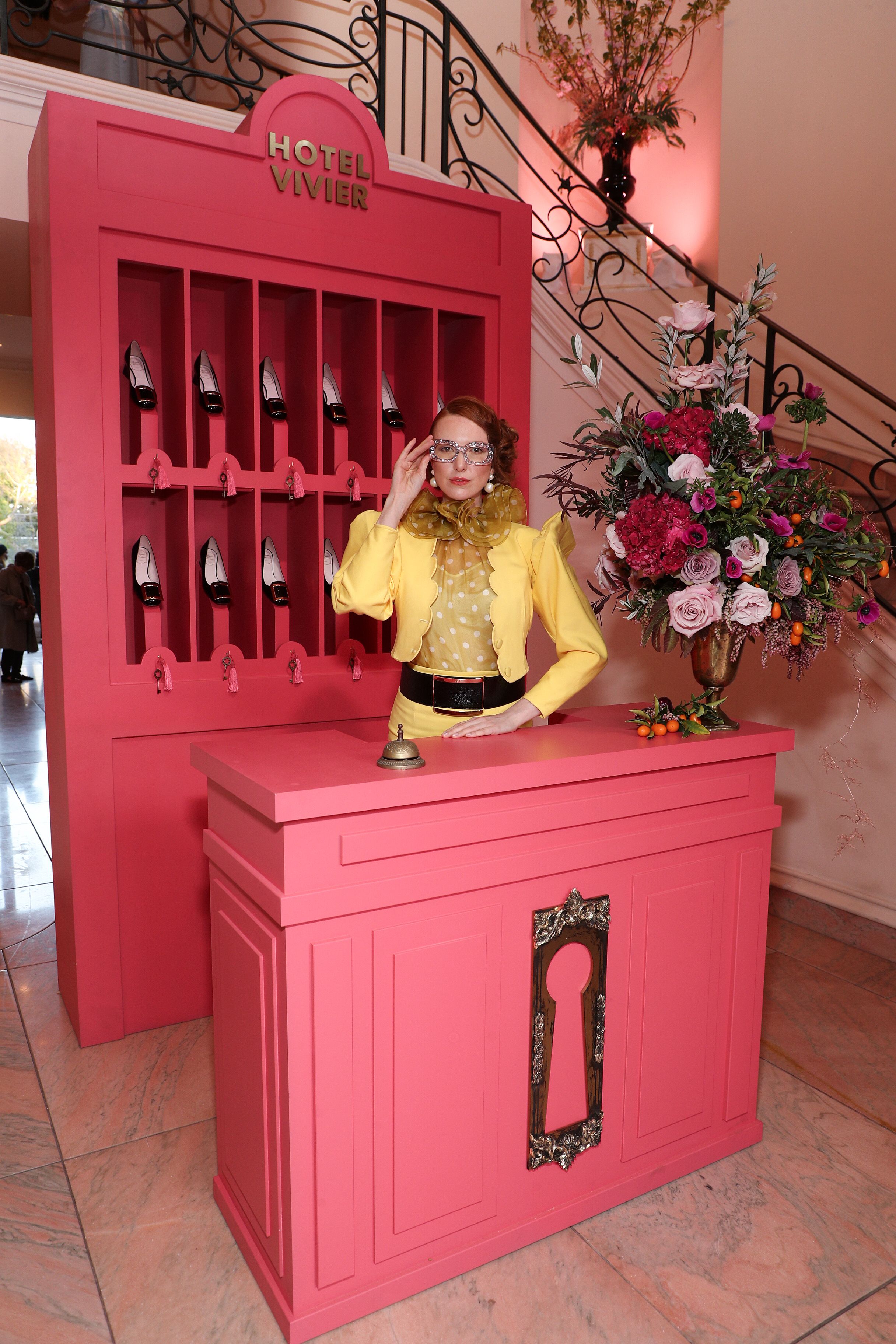 Greeting Mandy Moore, Christina Ricci, Skyler Samuels and others by the grand staircase, creative director Gherardo Felloni, on his first trip to L.A. since starting with the brand, looked every bit like a film director, to which he’s often compared. “I am very inspired by Hollywood,” he said, sharing that some of his favorite films are from the Eighties, including the black comedy “Death Becomes Her” starring Meryl Streep, and Tim Burton’s “Beetlejuice.” Cohosting the cocktail party was brand ambassador Inès de la Fressange, who held court near a table piled high with flowers, macarons and other decadent French sweets. 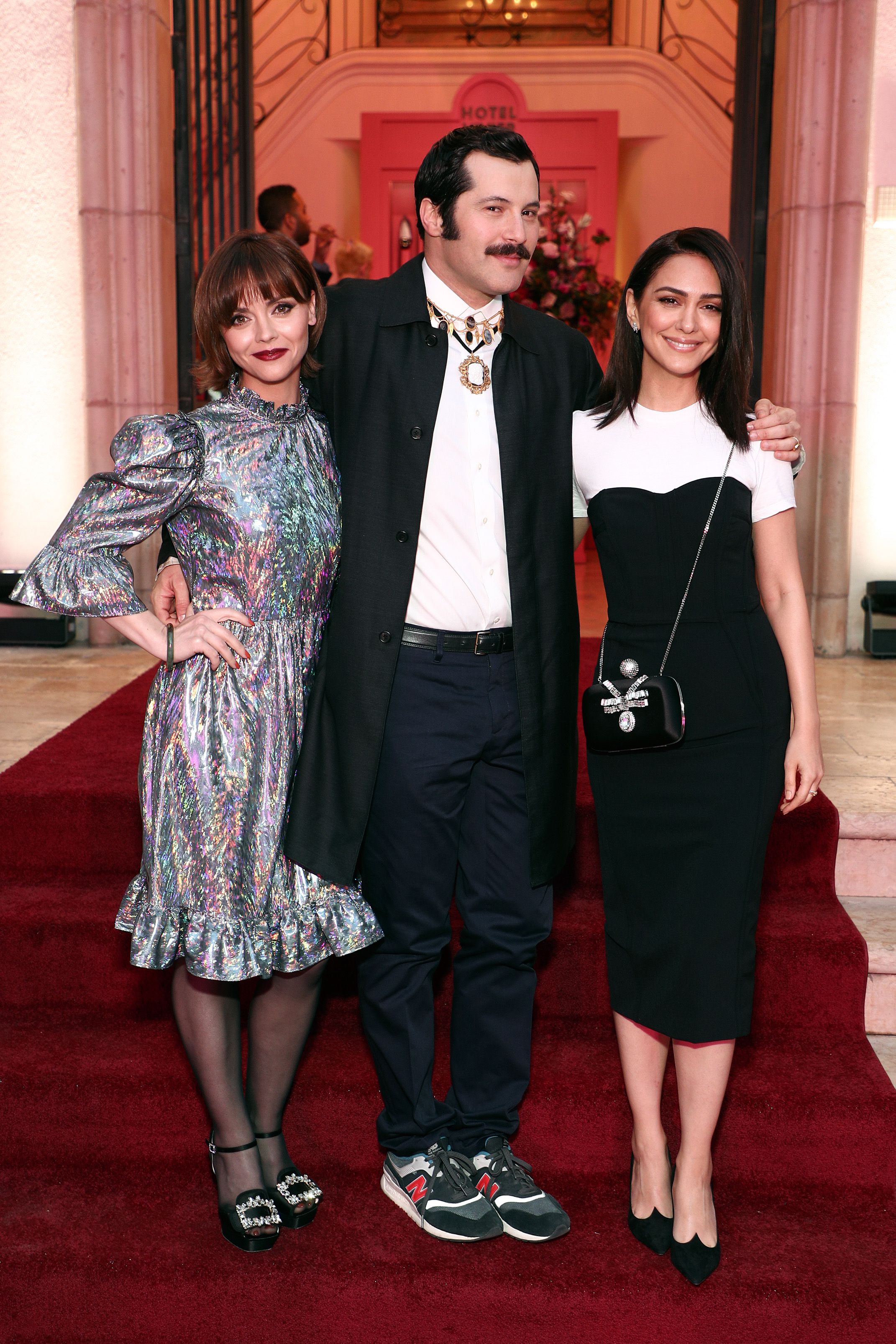 Guests roamed the themed rooms, gazing at models dressed in character as hotel maids and more, with spring 2019 accessories by Vivier as part of the sets. The most popular spot may have been the upstairs master suite, with shoe-strewn vanity, rose-petal-filled bath, and vintage pink beauty salon hairdryers. Lingering there was Patricia Arquette, wearing Viv Bling Platform sandals with an emerald green Rosetta Getty dress. “I am an Imelda Marcos shoe person. I care about shoes more than I care about fashion. They are such beautiful works of art. And I love this,” she said of the theme party. “It’s all about fantasy and storytelling.” 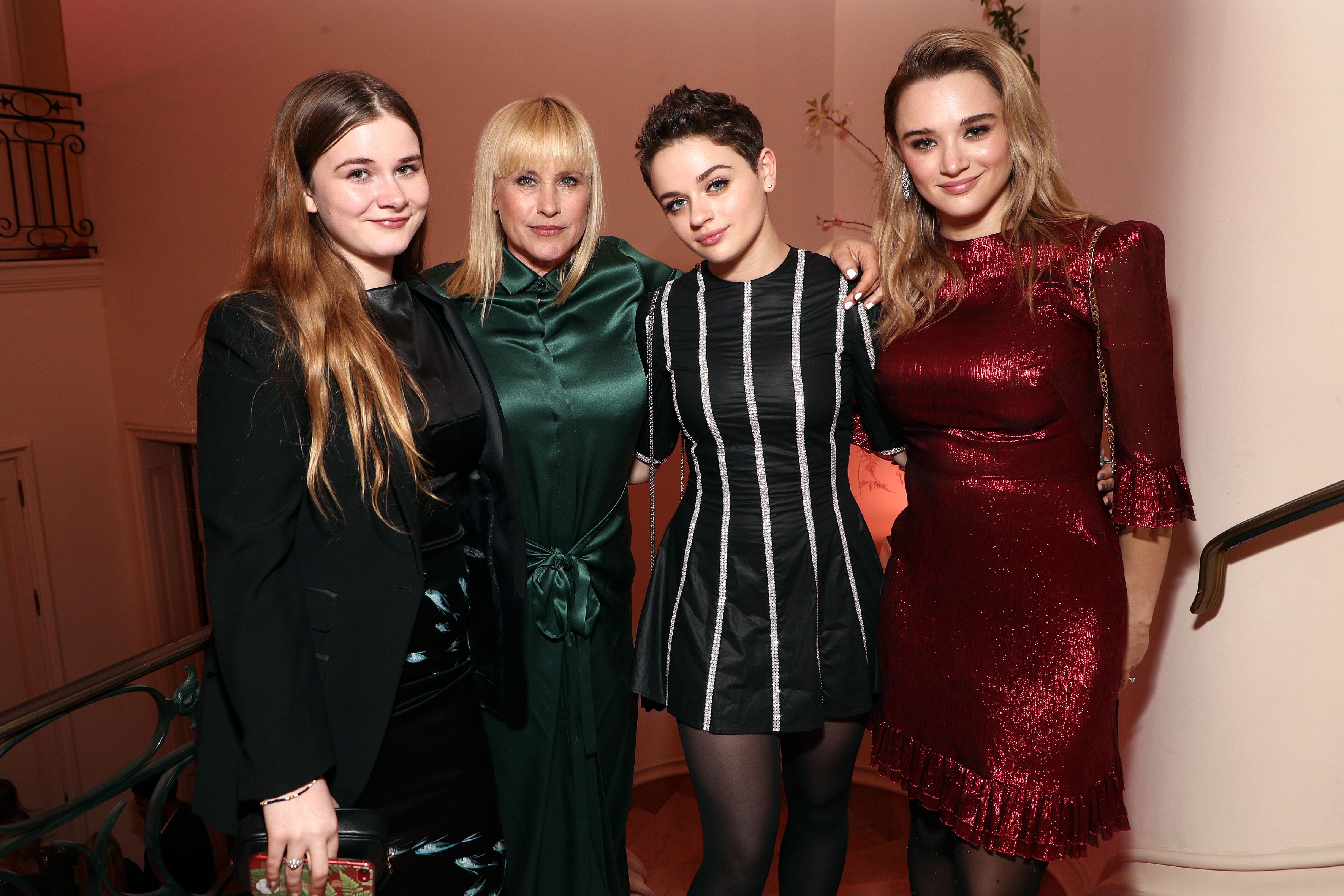 Joey King, Arquette’s costar in the new Hulu show “The Act,” was also putting her best foot forward, wearing crystal-bow-embroidered Viviers with a Christopher Kane minidress. “I’m usually in Converse,” she confessed, adding that she has been getting more interested in fashion, particularly since she attended her first runway show for Fendi in February.

Meanwhile, Kelly Lynch looked hotel chic in a pair of feather-trimmed Vivier Maharaja sandals, and feather-trimmed pajamas by Sleeper to match. “It’s a Ukrainian fashion label and I didn’t realize until someone told me that they were inspired by my character in ‘Roadhouse,’” she said. 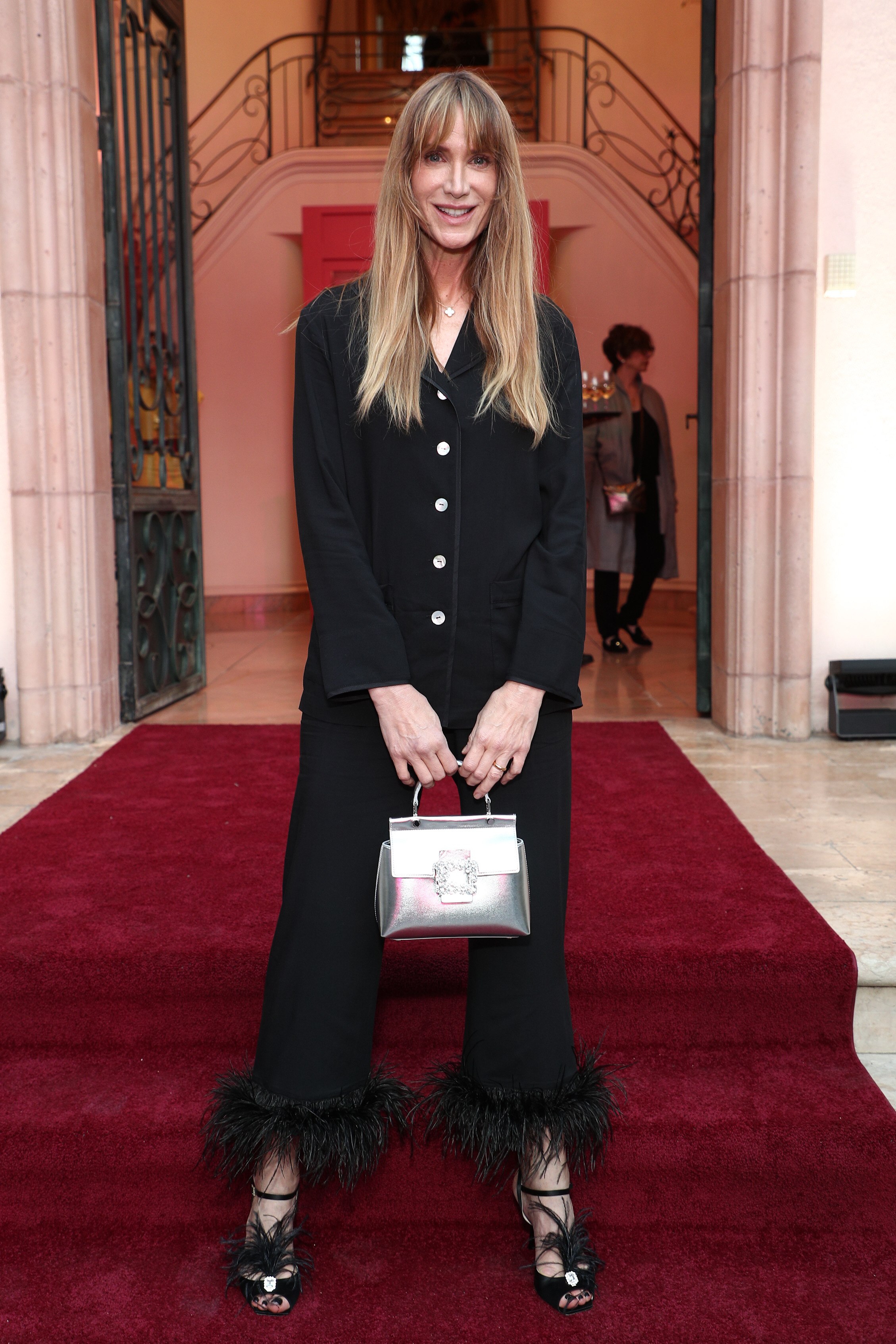 The evening’s most adventurous evening look came courtesy of the singer Poppy, wearing a pink latex scarf and black coat by the brand Busted. “I’m really a big fan of latex, I’ve been wearing it a lot,” said the star, whose next single dropping next week is called ”Scary Mask.” Poppy may be in the music biz, but she’s not Coachella bound, at least not yet. “Hopefully next year,” she said. “It seems loud and very hot.” Not the best place for latex, she agreed. “Unless it’s a latex bikini.” 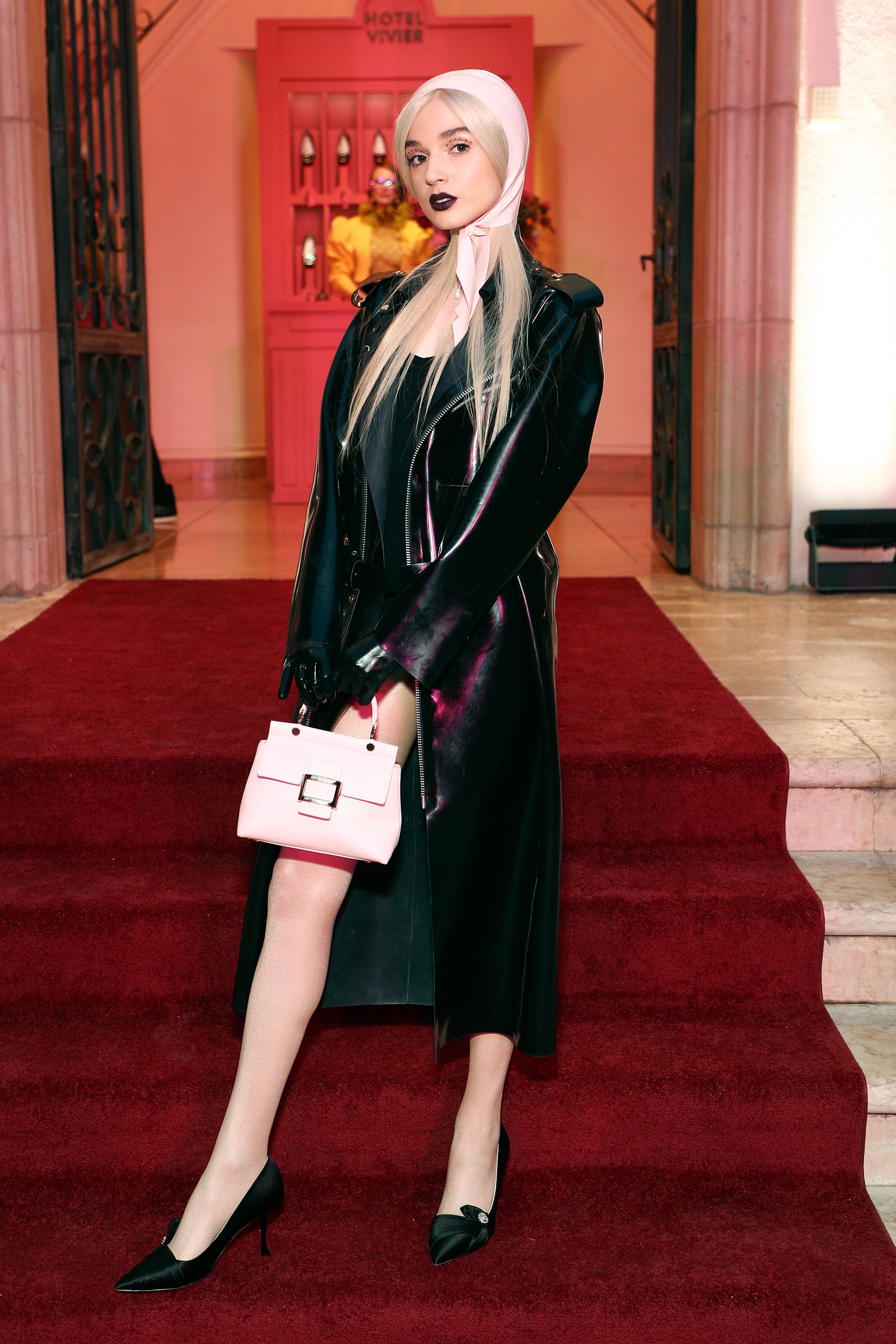