The latest dreamy escapade was filmed at Versailles, this time in a foggy forest not far from the Petit Trianon. 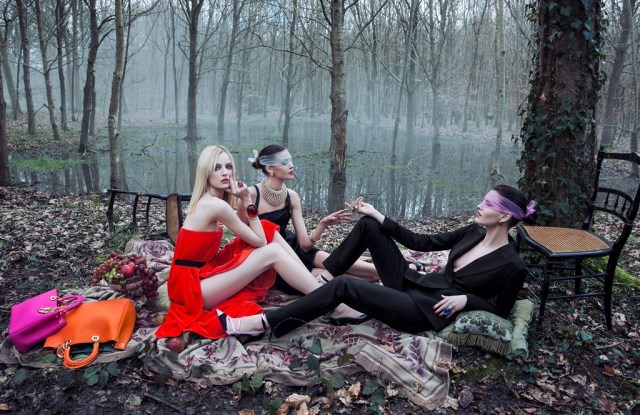 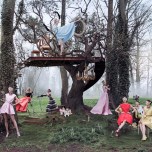 HOUSE AND GARDEN: Can you still call it a “Secret Garden” after 24 million people have seen it on YouTube?

Encouraged by the response to the mini film and campaign by that name it launched a year ago, Dior is unleashing a second installment — another dreamy escapade filmed at Versailles, this time in a foggy forest not far from the Petit Trianon. Inez van Lamsweerde and Vinoodh Matadin reunited with model Daria Strokous for “Secret Garden 2 — Versailles,” creating a surreal, fairy-tale atmosphere as women gather amidst barren trees, some cloaked in ivy. Christiaan Houtenbos did the hair and Lisa Butler the makeup.

The accompanying print campaign is slated to debut in Vogue China this weekend before rolling out to Italian Elle and Korean and French Vogue later in the month.

One image takes inspiration from Édouard Manet’s famous painting “The Luncheon on the Grass” — minus the nudity. The three protagonists are dressed in the fall Dior collection by Raf Simons, their picnic blanket is strewn with Diorissimo handbags, in addition to a basket of fruit. The one-minute film is slated for a June release on the Diormag Web site and dior.com.