From the very first lip kit to the $600 million deal.

The 22-year-old beauty mogul and reality TV star leveraged her fame and signature pout to create one of the most lucrative businesses in the beauty industry. She’s expanded her reign to skin care with the launch of Kylie Skin, and now has her sights set on creating a hair-care line and baby products.

Now that Jenner has sold a majority stake of her business to Coty Inc. for $600 million, WWD looks back at the trajectory of her business, including her many collaborations, product launches and partnerships.

Read on to see how Jenner turned her beauty empire into a $1 billion business.

Read More: The Evolution of the Kardashian-Jenner-West Fashion and Beauty Empire

At 18 years old, Kylie Jenner embarked on her beauty business with the launch of Kylie Lip Kits on Nov. 30, 2015 — a collection of three lip liquid lipsticks with corresponding lip liners.

Jenner launched the trio of products as a test run, producing just 5,000 units of each shade priced at $29. The products sold out immediately and it took roughly six months to produce the next batch of products.

After the initial success of Kylie Lip Kits, Jenner renamed the brand Kylie Cosmetics and added three new shades of lip kits to her product range for Valentine’s Day. Production was boosted to 500,000 units of all six shades to satisfy consumer demand.

Jenner expanded the brand outside of the lip category in July 2016, introducing her first Kyshadow palette, a nine-pan eye shadow palette with bronze and neutral colors.

November 2016 proved to be a busy month for Jenner. She embarked on Kylie Cosmetics’ first collaboration, teaming with half-sister Khloé Kardashian for the Koko x Kylie collection. The collection included a four-piece lipstick set, which immediately sold out upon launch.

Jenner later restocked the collection multiple times and has teamed with Khloé for two more collaborations since.

In an interview with WWD in August 2017, Jenner revealed that the launch of the holiday collection on Nov. 21, 2016, was the brand’s biggest sales day to date, generating roughly $19 million in just 24 hours.

Jenner made her foray into brick-and-mortar retail in December 2016 with her first Kylie Cosmetics pop-up shop held at the Topanga Westfield Mall in Los Angeles. The pop-up included a wall of rainbow colored lip kits and merchandise from Kylie’s apparel merchandise shop.

She later went on to host more pop-ups nationwide, including one in New York the following February and one in San Francisco in May 2018.

Kylie Cosmetics expanded yet again in the beginning of 2017, launching its first product in the face category with Kylighter, a collection of six highlighter shades.

The collaboration served as a litmus test for Kardashian’s own KKW Beauty brand, which she launched a few months later in November. The KKW by Kylie Cosmetics collaboration sold out immediately, generating $13.5 million in sales. 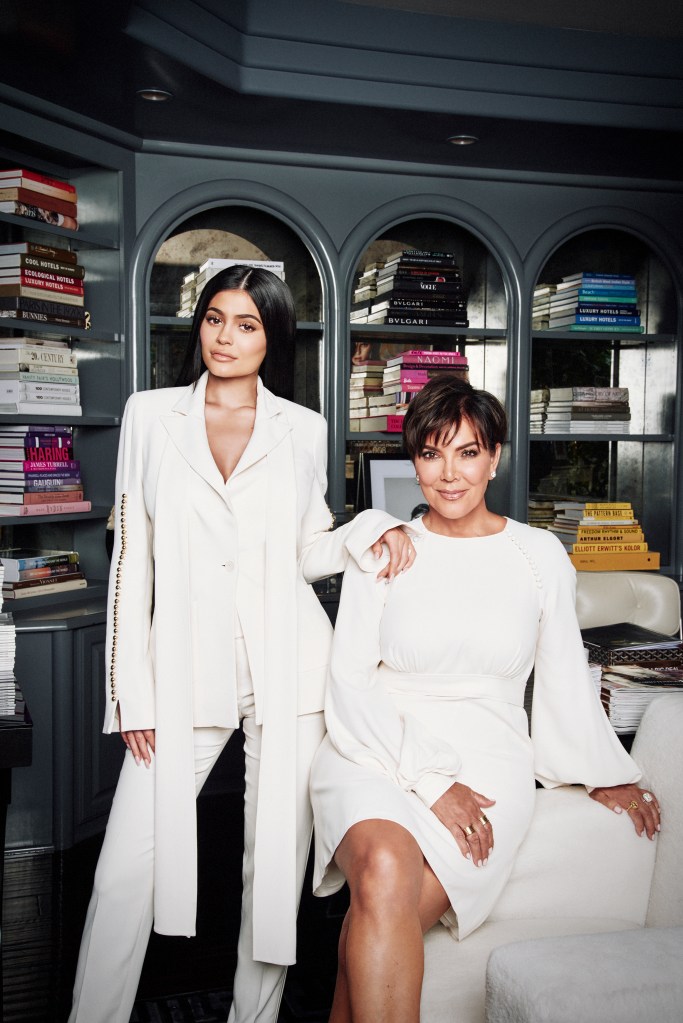 Nearly two years after starting the business, Jenner and her mom, Kris, sat down for their first in-depth interview about Kylie Cosmetics with WWD, revealing that the brand had earned $420 million in its first 18 months in business and was on track to hit a $1 billion valuation by 2022.

It was projected that Kylie Cosmetics would experience a 25 percent increase in sales in 2017 with a projection of $386 million for the year.

Jenner embarked on her first retail partnership with Topshop, partnering for seven, five-week pop-up shops in the brand’s top-performing U.S. storefronts. Up to this point, the brand strictly operated direct-to-consumer, with her mom revealing to WWD that about 70 percent of transactions took place on a mobile device accessing the Kylie Cosmetics web site.

Jenner sent the Internet into a frenzy when she secretly gave birth to daughter Stormi Webster in the beginning of 2018.

While pregnant, Jenner created the Weather Collection to celebrate her daughter’s birth. The collection included an Eye of the Storm eye shadow palette with 10 storm-inspired shades, lip gloss, highlighters and liquid eye shadow. 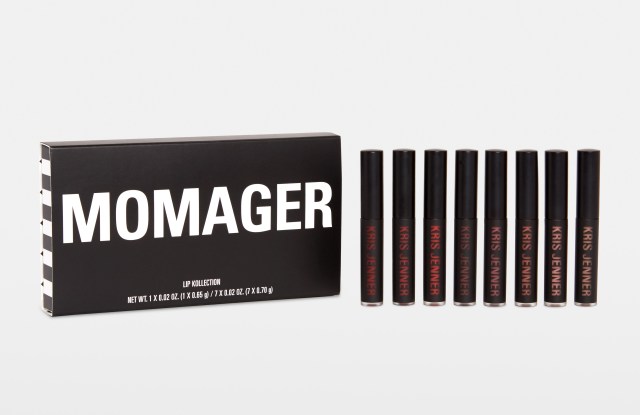 The Kris x Kylie Collection launched with the Momager Lip Kollection, poking fun at Kris’ title as her daughters’ manager. The collection also included a 12-shade eye shadow palette with shade names inspired by Jenner’s notable quotes from their hit reality TV show “Keeping Up With the Kardashians.”

Jenner made Forbes’ list of America’s Richest Self-Made Women, ranking at number 27 with an estimated net worth of $900 million. Jenner, who at the time was 20 years old, was featured on the magazine’s cover that month and is the youngest person to ever make the list.

Backlash ensued against Jenner for the accolade, with many on social media claiming that the beauty mogul is not “self-made,” considering she launched her business after gaining fame and wealth through her family’s reality show.

After testing out brick-and-mortar through its pop-up shops at Topshop, Kylie Cosmetics entered Ulta Beauty ahead of the holiday season.

The beauty retailer has publicly commented that the Kylie Cosmetics brand has driven shoppers into the stores. The partnership has quickly expanded since its initial launch, with the brand entering more Ulta Beauty doors and expanding its product offerings in store.

The same month, Kylie Cosmetics debuted its mobile app, giving customers an additional channel to shop from the brand.

Kylie Cosmetics ranked number 73 on WWD Beauty Inc’s Top 100 list for 2018 with an estimated $360 million in sales that year.

After conquering the makeup category, Jenner brought her business acumen to the skin-care market with Kylie Skin.

A post shared by Kylie Skin by Kylie Jenner (@kylieskin)

Jenner launched the brand with a line of six skin-care products, including a Foaming Face Wash, Walnut Face Scrub, Vanilla Milk Toner, Vitamin C Serum, Face Moisturizer and Eye Cream. The brand has since expanded the line with new facial skin-care products and has entered the body-care category.

Jenner made her first foray into fragrance in August 2019, partnering with Kim Kardashian’s KKW Fragrance brand. The two sisters collaborated on a trio of fragrances that are housed in bottles reminiscent of Jenner’s signature pout. 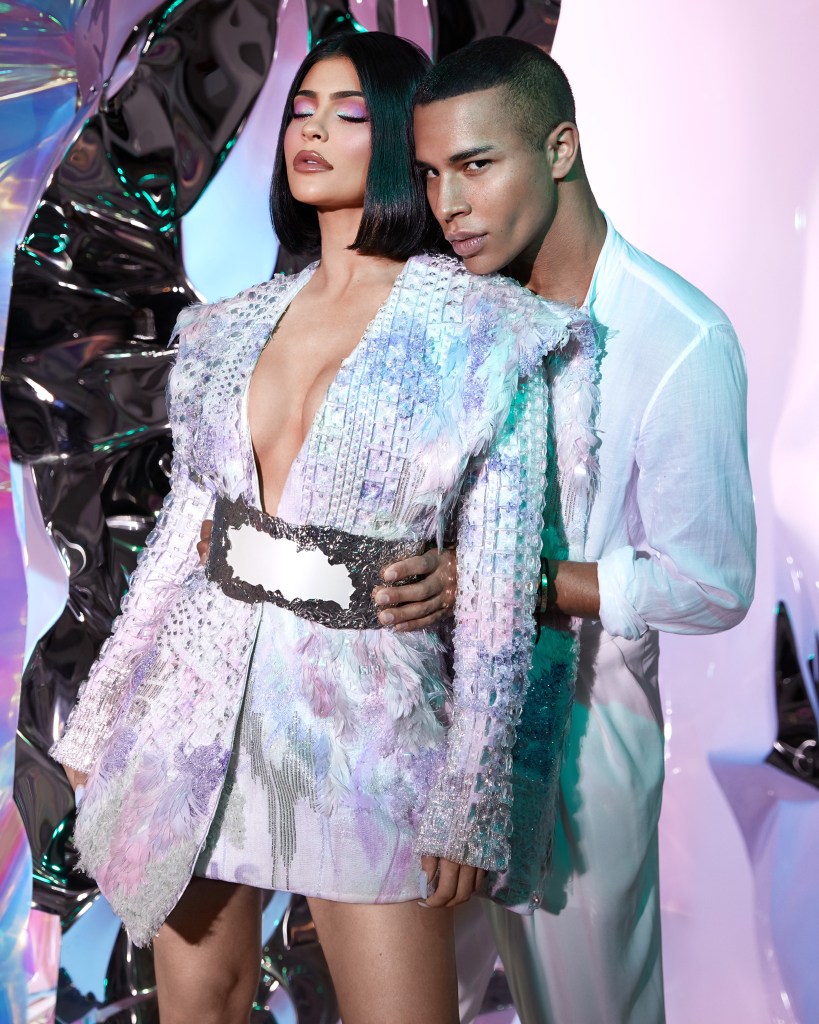 Along with the collaboration, Rousteing tapped Jenner as the artistic director for makeup for the Balmain spring 2020 runway show during Paris Fashion Week. Jenner had planned to attend the show and subsequent launch party, but canceled last minute due to an apparent sickness.

Months after WWD first reported that Kylie Cosmetics was in M&A talks, it was announced that Jenner sold a 51 percent majority stake in her beauty empire to Coty Inc., in a deal totaling $600 million. The deal values the business at $1.2 billion, with Jenner hitting the $1 billion mark three years earlier than previously projected.

With the deal, Jenner will stay on with the brand and continue to focus on product development and social media with her Los Angeles-based team. Coty Inc. plans on international expansion for the business through its expertise in research and development, manufacturing and distribution.

Kardashian Kloset: What to Know About the Newest Kardashian-Jenner Venture