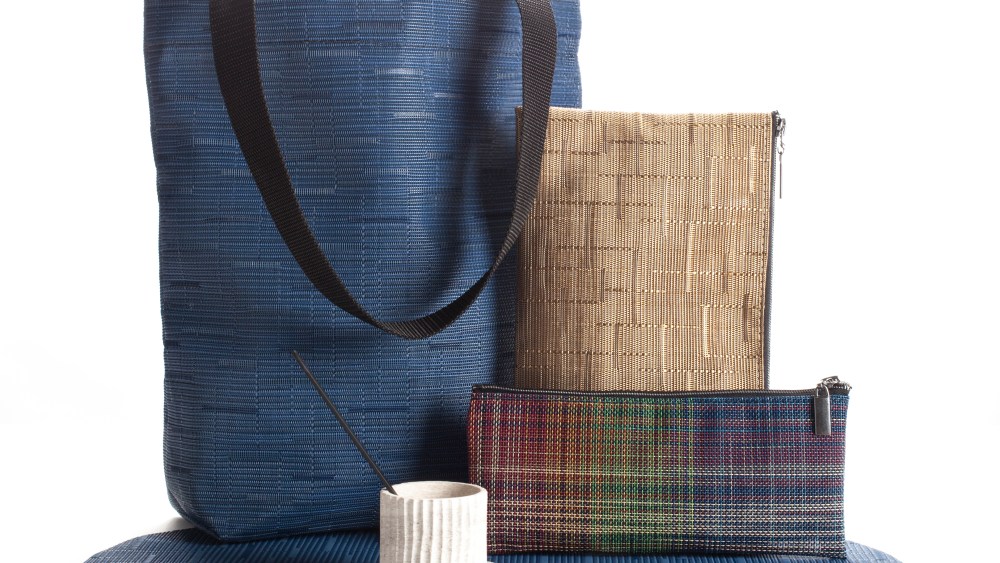 Hue legwear cofounder Sandy Chilewich, is getting back into the accessories game — this time with bags for her flooring and table-setting firm Chilewich.

The brand now will utilize its proprietary vinyl knit textiles to create totes, pouches and coin bags. The same textiles are used to make Chilewich place mats — found at elite dining establishments including Craft and Aureole.

Chilewich had originally launched the brand with bags, but axed them from the assortment in 2000 to focus on flooring and table furnishings. “There was such a reoccurring demand that I decided to relaunch them,” she said of the bags’ resurgence.

Priced from $24 to $125 the range made its exclusive retail launch this month at the MoMa Design Stores. Chilewich will look to widen the bags’ distribution at the New York Now trade show at the end of August.

All Chilewich product is produced in the U.S., with textiles woven in the brand’s private facilities in Alabama and are assembled in production facilities in Georgia and Florida, which churn out up to 40,000 place mats per week.

The bags come fabricated in an array of boucle, brush and tweed finishes — with simple totes and zip pouches comprising the line. “They’re a beautiful alternative to other [more traditional] materials. Especially in the right color they could certainly be for men as easily as for women.”

Chilewich sees the bags being merchandised alongside her table products, within already-established shop-in-shops at department stores including Bloomingdale’s and Harrods.