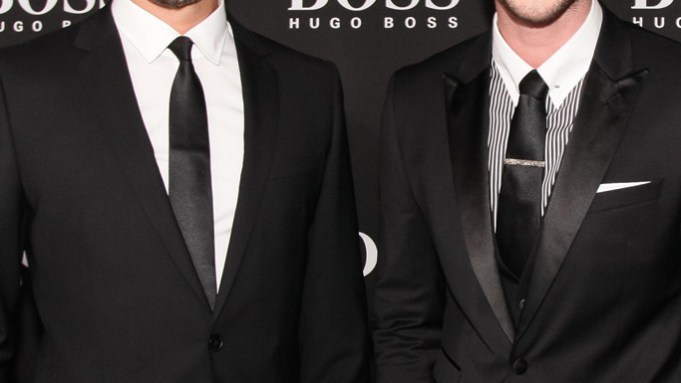 The stars came out to help Hugo Boss celebrate the expansion and renovation of its U.S. flagship at the Shops at Columbus Circle last week. Some 300 guests including Woody Allen, Josh Duhamel, Liam Hemsworth, Mark Sanchez and Alex Lundqvist were among the first to see a video installation by Marco Brambilla, entitled “Anthropocene.” The film, which celebrates New York City, Central Park and Columbus Circle, was shown nightly all last week. The event benefitted the Central Park Conservancy.