CREATIVE PURSUITS: Hugo Comte is releasing his first photography book today and shining the spotlight on all the women who have inspired him along the way, from Dua Lipa, to Irina Shayk and Bella Hadid.

Comte wanted to take a look back at some of his earlier work, as he is now embarking on a new chapter and experimenting with new mediums.

“I really wanted to create an object that is the symbol of my first three years of work. I started to really feel that people created a sort of identity around me from that time period,” said Comte, who has now started working with the worlds of architecture, music and design more closely. “Having all these different perspectives [made me realize] that my work has a single identity and message,” he added.

Comte, who worked on the project with art director David McKelvey, focused on featuring portraits of his muses in the new tome.

“I feel [portraiture] is the most intimate part of my work and where I express myself the best. Group shots don’t allow such intimacy. When I shoot an image I always try to give the feeling that the woman is not being photographed but that she is looking through the camera, which gives a direct contact between the viewer and the muse,” said Comte, who is well established in the fashion realm, but has also been making waves in the pop music world after shooting Dua Lipa’s latest “Future Nostalgia” album imagery. Most recently, he shot a campaign for Canadian label Moose Knuckles, dubbed ‘Arise’ and highlighting the theme of individuality. 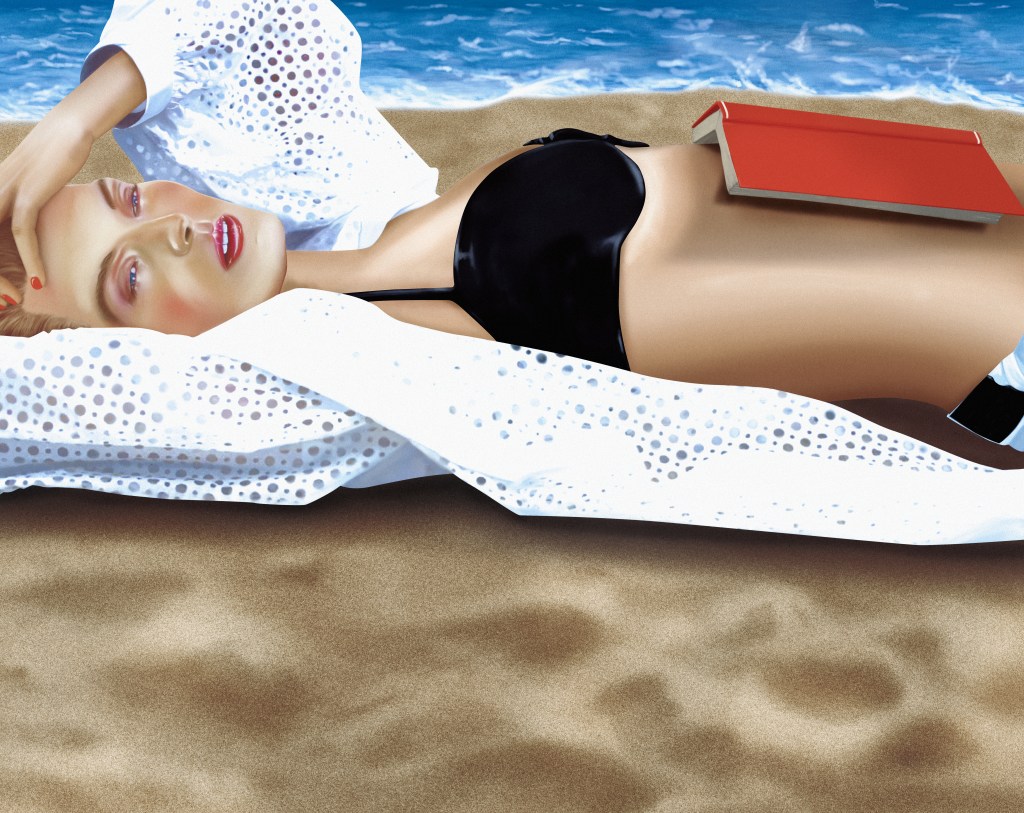 A series of new works is included in the book, including computer-generated images or existing imagery by Comte, repainted and reimagined through the eyes of airbrush artists.

“I want to use CGI as a post-humanism tool; which means I want to erase the boundary between human analogue and digital,” added the artist.

The 200-page book features an all-white, nameless front in order for it to show signs of age over time.

Comte, who also has a movie in the works, added that he remains optimistic about the future of photography.

“I think the entire industry started to give real credit to new, more diverse creatives right away; because they want to hear new thoughts and [perspectives]. That’s very beautiful and motivating for everyone.”