The celebrity stylist did double duty last weekend, dressing actors for the SAG Awards and hosting a party to preview her new Eddie Bauer collection. 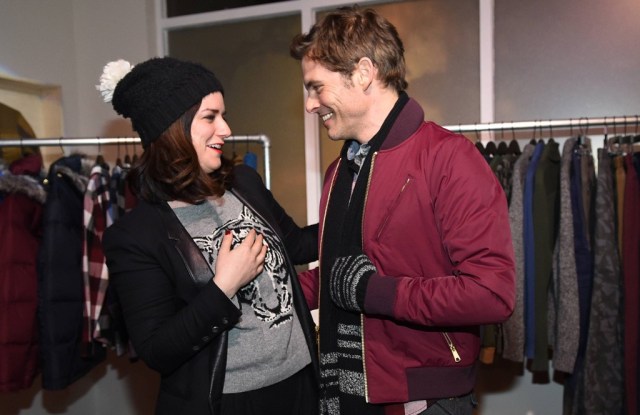 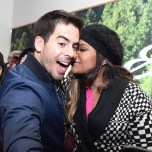 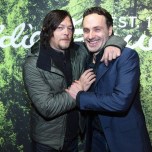 STYLIST ILARIA URBINATI TEAMS WITH EDDIE BAUER AT SUNDANCE: Celebrity stylist Ilaria Urbinati did double duty last weekend, dressing Laura Dern, Kevin Costner, Nicolaj Coster-Waldau and Ty Burrell for Sunday’s Screen Actors Guild Awards and hosting a party in Park City, Utah, on Friday night to preview the Eddie Bauer Limited Edition by Ilaria Urbinati collection for fall, a 25-piece capsule that hits stores in October. “Instead of fashion week, we did Sundance,” said Urbinati, who has collaborated with Albert Hammond, Jr. of The Strokes on a suit line for her Silverlake boutique Confederacy. She wanted to design a casual men’s line because “those clothes are always harder to find when you are dressing people for press junkets or film festivals. Everyone wants to give you suits for clients.”

She approached Eddie Bauer first because she’s a fan of Americana heritage brands and its Skyliner jacket from the Thirties. “This was an opportunity to bring a large American brand to a more style-conscious, modern customer. I wanted outdoor jackets tailored and slim like suits.”

In addition to the Skyliner update, a parka and several bombers, there are also Fair Isle sweaters, a shawl-collared cardigan, a henley, slim chinos and hats, scarves and gloves. Urbinati had the chance to show the line on clients Eli Roth and James Marsden, who both have films premiering at the festival, “Knock Knock” and “The D Train,” respectively. In addtion, her pals Mindy Kaling, Amy Smart, Norman Reedus and Andrew Lincoln came to the bash, DJ’d by actor Danny Masterson, who goes by DJ Mom Jeans at the turntable.