To celebrate their 30-year partnership, Hugo Boss is inviting consumers to design the racing overalls worn by McLaren Formula 1 drivers. 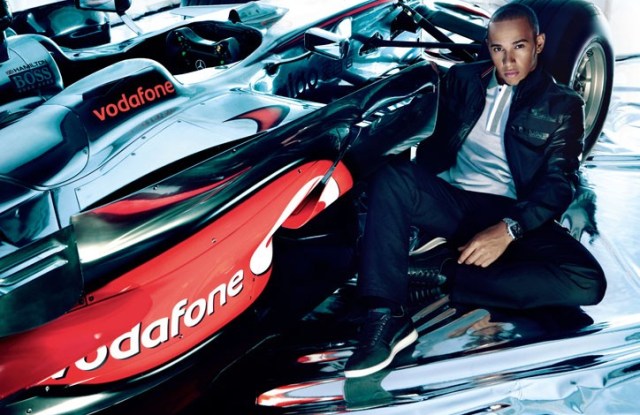 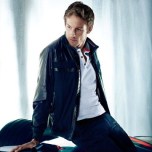 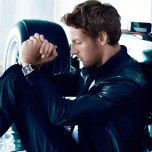 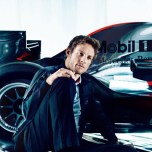 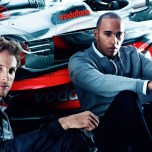 IN THE DESIGNER’S SEAT: To help celebrate the 30-year partnership between Hugo Boss and the McLaren Formula 1 racing team, Hugo Boss is inviting consumers to design the racing overalls worn by McLaren drivers Lewis Hamilton and Jenson Button. Using the interactive “Dress Me for the Finale” configurator, which can be accessed at hugoboss.com/mclaren, enthusiasts and design hopefuls will first be asked to pick their driver: Hamilton or Button. Using cut and paste, they can then choose color, form and design elements to create their individual racing look, both front and back.

The configurator will go into action 13 weeks before the Grand Prix in each country or region. Germany, Austria and Switzerland, for example, went online Thursday and the winning regional design will be worn by the McLaren drivers during the qualifying round at the German Grand Prix July 23. The final victorious overall will be chosen from all the winning regional designs, and it is this racing outfit that both drivers of the Vodafone McLaren Mercedes team will wear at the Formula One season finale in São Paolo.

Taking it a step further, the German fashion giant has now also introduced a limited anniversary Boss Black McLaren collection featuring polo shirts, sweaters, pants and jackets for men and women. The spring collection hit 800 stores in March and the winter range will be in stores in September.

CANNES CAN: You don’t have to wait until couture week in July to see the first high-fashion dresses by the design studio of Christian Dior in the post-John Galliano era. The atelier is in the throes of realizing two dresses — one inspired by an archival piece by the house founder — for Melanie Laurent. The hot French actress is slated to wear the couture creations on the red carpet for the opening and closing nights at the Cannes Film Festival next month.

SAVING ALLSAINTS: Principals at the British clothing retailer AllSaints are deep in talks with Goode Partners about a sale, and a decision could come as early as next week, according to sources familiar with the negotiations. “The next two to three days are very critical,” one source said. Spokespeople for AllSaints and Goode declined to comment on Thursday. Goode, which has a stake in Intermix, is said to be working alongside MSD Capital, which was started in 1998 and is the investment arm of Michael S. Dell. Earlier this year, Goode had been working with M1 Group, a fund run by the Lebanon-based Najib Makiti, on a bid for AllSaints. According to sources, Goode already has a stake in AllSaints that it is seeking to protect. MSD Capital could not be reached for comment at press time and it is unclear whether MSD Capital is still taking part in the talks to acquire AllSaints.

AllSaints has been forced to restructure following the collapse of the Icelandic bank Kaupthing, which held a majority stake in the company through loans of a reported $532.2 million, which the company used to fuel its rapid international expansion. Ernst & Young, the accountancy group, has put Kaupthing’s U.K. division into administration, the U.K. equivalent of Chapter 11, and — separately — has been dealing with AllSaints, trying to find it new investors. If AllSaints does not find a buyer, it too risks falling into administration.

WILLIAM AND KATE VISIT ALTHORP: As Prince William and Kate Middleton’s wedding nears, the British press are ramping up their coverage of the couple. On Thursday, London’s Daily Mirror reported that the couple had paid a visit to Princess Diana’s grave at Althorp, William’s late mother’s family home. The paper reported that William and Kate laid flowers at The Oval, the small island where Diana is buried, which sits on a lake in Althorp’s gardens. A spokeswoman for Clarence House described the item as “a speculative story about an entirely private matter,” and declined to comment.

IMAGE STAKES: The Bettencourt affair seems to have done little to harm L’Oréal’s image. The beauty behemoth remains one of the top three best-reputed companies in France, according to a recent survey assessing companies on the CAC 40 conducted by New York-based Reputation Institute in tandem with French communications agency I&E. L’Oréal slipped from second to third position versus the same survey in 2010, coming after Danone and Michelin, which held on to the No. 1 spot. Almost 4,000 people were polled on several criteria, including innovation, products and services, governance, citizenship, employment and performance and leadership. L’Oréal’s worth-it factor diminished in a couple of categories, such as governance and citizenship. LVMH ranked fifth overall, but came tops in the leadership stakes.

FLORIDA MAN: Brunello Cucinelli is no longer a stranger to South Florida. The designer touched down in the tropics for two days of soirees, first at his Bal Harbour boutique. The 1,800-square-foot location lies on the large size for his fleet of 45 monobrand stores including seven in the U.S. Bal Harbour and Vegas opened in summer 2010, with South Coast Plaza, his second in California, slated for mid-April.

Cucinelli has good reason to keep his eye on the region. He has a cult following through department stores like Neiman Marcus in Coral Gables, and Saks Fifth Avenue in Palm Beach and Naples, where he also has been so well-received at Marissa Collections for 25 years — a shop-in-shop launched 2009. After Bal Harbour, he shot across the Everglades to celebrate the designer mainstay’s 35th anniversary with a cocktail party in his honor.

HAIRY MOMENT: Honoring one of its more colorful local stars, the MoMu fashion museum in Antwerp this fall will host the first large-scale retrospective dedicated to designer Walter Van Beirendonck. Boasting an international career spanning three decades, the bearded designer, who is known for his outlandish fashion shows and playful designs inspired by pop culture, art, technology and ethnography, is head of the Antwerp Fashion Department. He also studied at the school, graduating in 1980.

OH BABY: New York has Baby Buggy, and now Los Angeles has its own stroller-set charity, Baby2Baby. Nicole Richie, Julie Bowen, Jessica Alba, Jane Buckingham and Amy Greenspun were among the 40 Hollywood moms who came toting bags of diapers and bottles to a cocktail party at Palihouse Wednesday night to celebrate incoming presidents Kelly Patricof (creative director of Satine’s in-house fashion label) and Norah Weinstein. “We are hoping to grow the membership and throw bigger events,” said Richie, who is preparing to go to New York next week for fittings of the gown she is designing for model Britt Maren for the Met Gala. “It’s pretty major,” she said.

LATEST LOOK: De Beers unveiled a revamped Web site, available in five different languages worldwide. Boasting enhanced photos, images from the new print campaign and content from industry experts, the digital redesign is part of the jewelry company’s new brand identity. The updated site features behind-the-scenes content and a bridal section providing advice for men seeking the perfect diamond for their future fiancées. A social media functionality also allows fans to “Like” any product on the site, which gets directly linked to their Facebook profile. “The new debeers.com and the accompanying digital campaign mark an important step in our journey to firmly establish ourselves as the quintessential diamond jewelry brand,” said François Delage, chief executive officer of De Beers Diamond Jewellers.

YOUTH MOVEMENT: Construction of the Louis Vuitton Foundation for Creation in Paris’ Bois de Boulogne is due to resume imminently after having being halted by the city’s administrative court in late 2010. The court annulled the museum’s construction permit following an appeal by the Coordination pour la sauvegarde du Bois de Boulogne organization (or Coordination for the protection of the Bois de Boulogne organization). The city’s administrative court of appeals April 14 ruled LVMH could resume work on the Frank Gehry-designed building, though laws concerning the construction permit still remain to be voted through parliament over the coming months. Paris’ City Hall said that the site, which will house a permanent art collection plus a young artists’ residence, is expected to be completed on schedule for 2013.