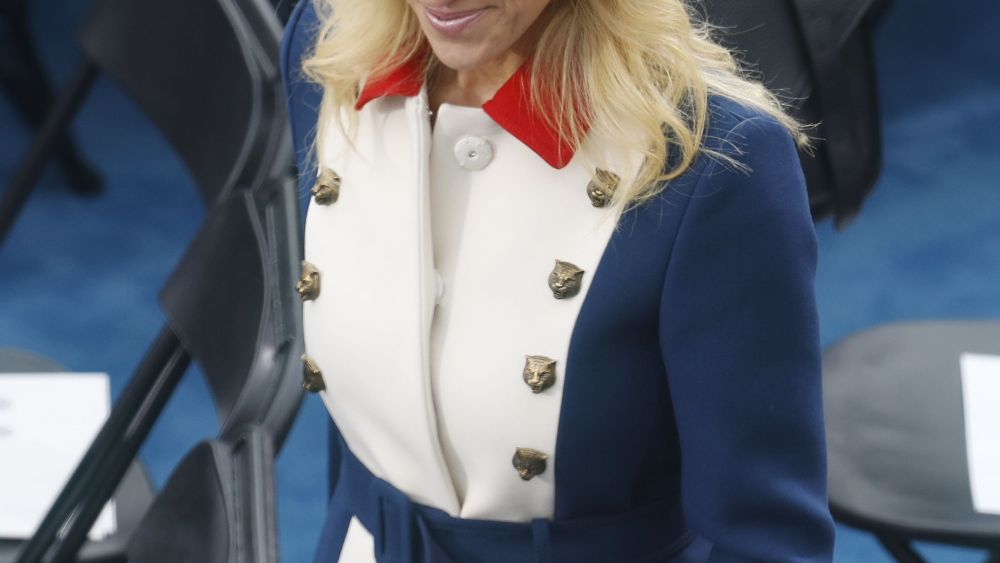 Unabashed about her patriotic spirit, Kellyanne Conway was decked out in a red, white and blue Gucci coat for the inauguration festivities.

Her choice of a $3,600 gold-buttoned coat from an Italian house may not ring true-blue with many American voters. But Trump’s trusted adviser really knows her way around Saks Fifth Avenue, which is where she has purchased many of her Republican red styles. The first woman to run a Republican presidential campaign was also the first politician to wear an Alexander McQueen red-and-black dress on Election Night. The London company was said to be less-than-enthusiastic about her purchase. A spokeswoman at the company declined to comment. But her Inauguration Day attire was even a bit more “Yankee Doodle Dandy” — maybe the morning started with a sing-along with her four children.

Despite all the online criticism, Conway was unruffled as ever. “She could care less,” one friend, who asked not to be identified, said Saturday. “She means business.”

More from the Inauguration of Donald J. Trump:

See All the Look from the Inauguration Festivities: The Trumps, Clintons, Obamas and More>>