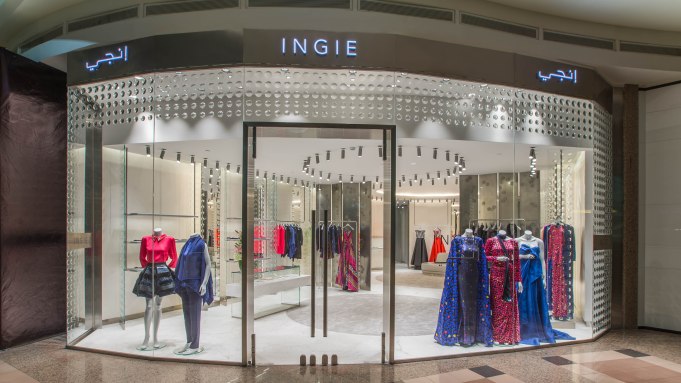 Ingie Paris already has a directly operated stores at The Avenues mall in Kuwait plus The Galleria in Abu Dhabi, and aims to have a network of eight to 10 boutiques by 2019, including locations in London and Dubai.

A retail entrepreneur based in Dubai, Chalhoub founded her luxury ready-to-wear brand in 2009.

In addition to being creative director of Ingie Paris, Chalhoub is president and managing director of Etoile Group. She holds franchises in the Middle East for luxury brands including Chanel and Valentino, as well as running her own chain of Etoile “La boutique” multi-brand stores.

Chalhoub has an eclectic background: Born in Egypt to Lebanese parents, she later moved to France to study and has spent much of her life in the Middle East, first in Kuwait and now in Dubai.
Though she studied business at the Sorbonne University in Paris, she often injects artistic references into her designs.

Such looks have won her a following with celebrities as diverse as Arielle Dombasle, who featured a trove of Ingie Paris gowns in her film “Opium,” Bollywood star Shilpa Shetty, Natalia Vodianova and former Spice Girl Mel B.