Despite his art showcasing hints of Americana, it isn't a political statement, said Getty on Election Day.

Balthazar Getty, commonly known as Balt, is showcasing his Monkpunk line and a selection of artwork at Fred Segal’s Malibu location until Nov. 30.

“You get to pull the curtain aside and look into my brain a bit,” said Getty on Tuesday afternoon, Election Day.

Despite the significance of the timing and his art in the shop including a prominently displayed American flag — made of bandanas — as well as reproduced dollar bills (replacing the faces of our former presidents with Getty’s own), the work isn’t a political statement, he stressed.

“I’m not really political in that way,” said Getty, who balances many roles as a creator. He’s an actor, musician, designer and artist.

“I don’t push a political narrative,” he later continued. “And I made that decision pretty early on. Most people, the last thing they want to hear or see is some celebrity or person talk about politics in that way. But I want to help the world move forward through optimism, through volunteering, charitable donations, whatever it might be.” 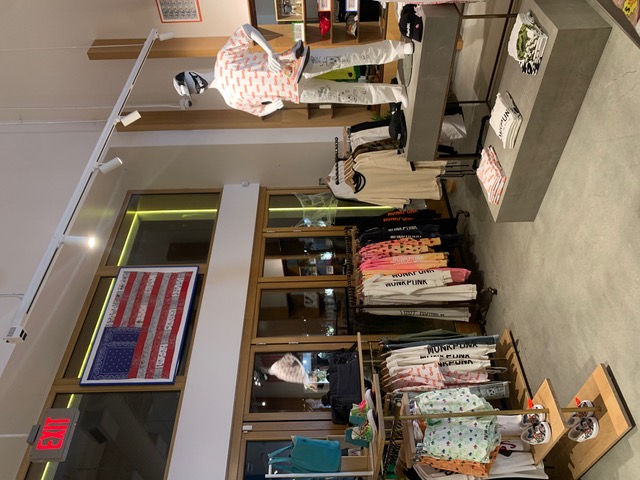 Getty created the art pieces this year, he said, as he opened up about his coronavirus diagnosis in March.

“Even though my family was around me, the isolation — you become very depressed,” he shared. “You’d be surprised how quickly, without contact, and on top of it you’re not able to work out, you’re not being physical, you’re not producing all the endorphins and all the things we do when we move around. I remember getting pretty depressed. I’ve never been a depressive person, but [there was] just this kind of haze, almost like in the cartoons where there’s the clouds above you always, wherever you go.” 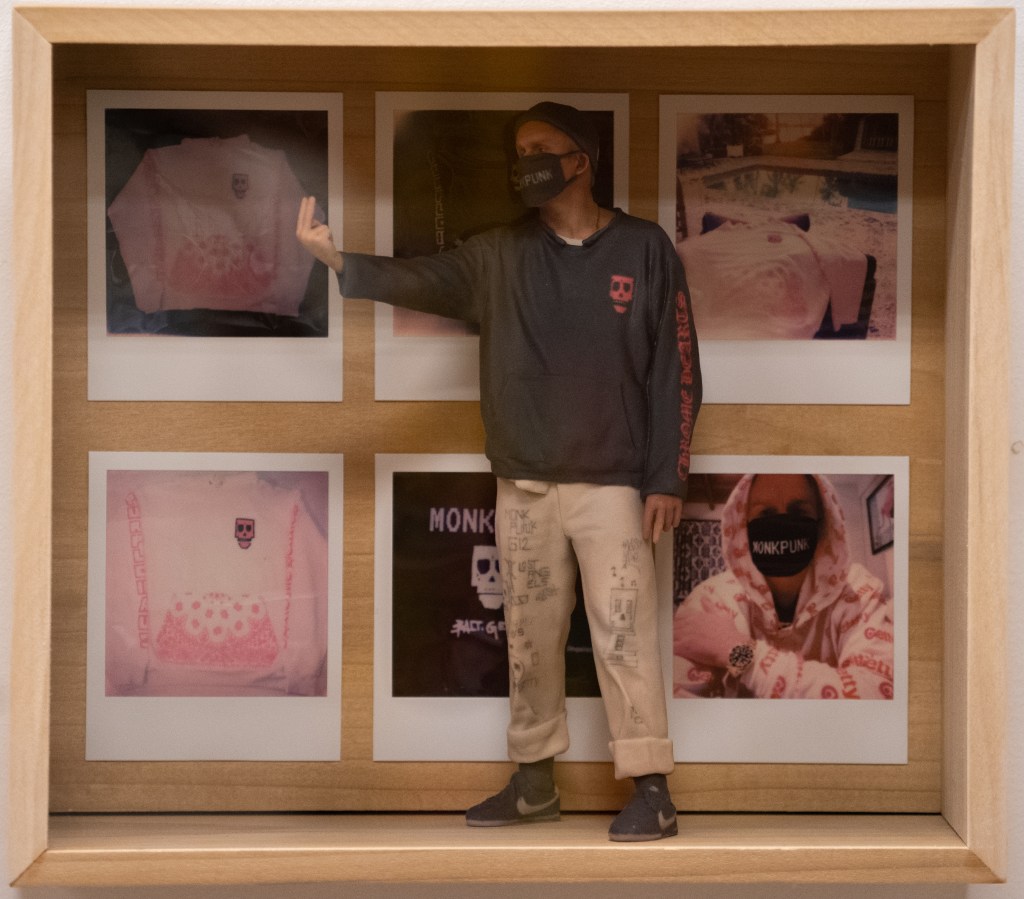 Other artworks include Balthazar Getty’s figurines of himself sporting a face mask and his Monkpunk line.  Courtesy

He’s an optimist by nature, he said, which is reflected in the pop-up. The Monkpunk collection is full of vivid colors: neon and warm, beachy hues, tie-dyes, oranges and pinks. Paying homage to his family history, as the son of Gisella Getty and the late John Paul Getty 3rd (grandson of oil baron J. Paul Getty), one T-shirt is covered in a bold Getty logo. (A percentage of sales of the top are going toward GiveLove, the nonprofit founded by Getty’s wife, designer Rosetta Getty, and actress Patricia Arquette.)

“There’s that and then I also have these really clean, black-and-white tunics that I based off of my grandfather called The Paul, from when he was living in Marrakesh in the Seventies,” he said. They’re inspired by Patrick Lichfield’s photographs of the late John Paul Getty Jr., donning a hooded djellaba on a rooftop in the Moroccan city with then wife Talitha.

“It sums up a lot of who I am and my aesthetic as well,” Balt Getty said of Monkpunk.

Started in 2018, the brand pulls from his background and cultural references while celebrating an element of punk. He often uses patches, stitched illustrations and features skulls. 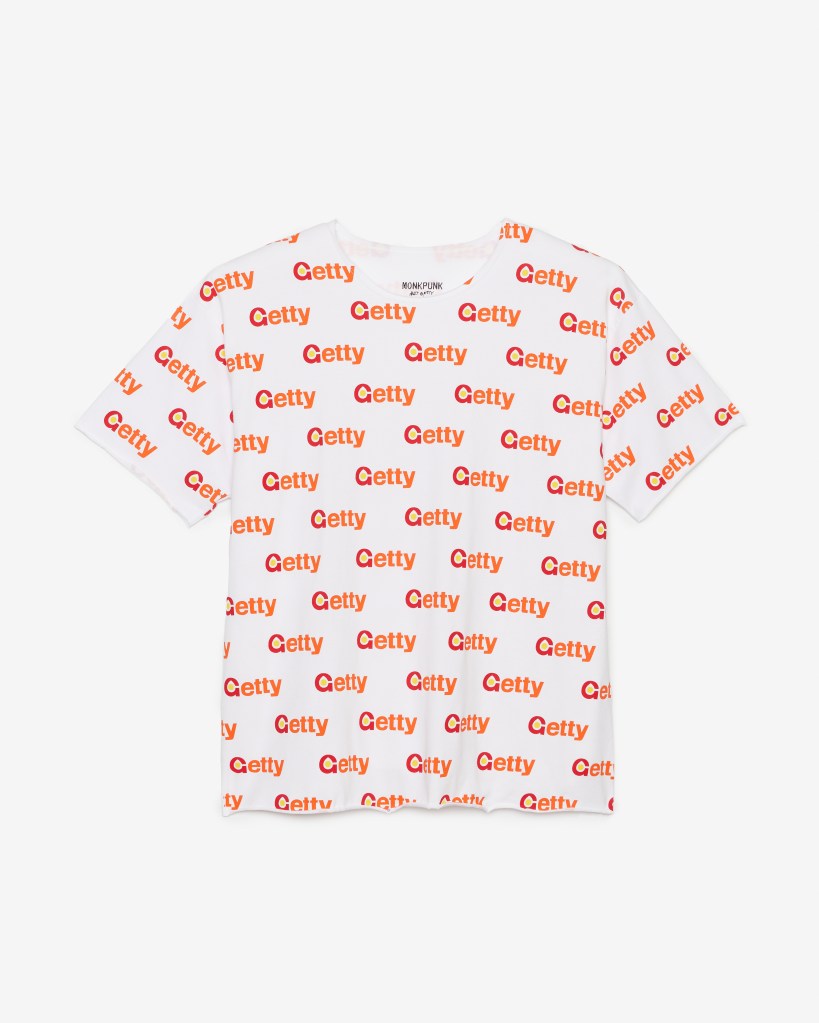 Next up, Getty said to expect more partnerships in fashion (the brand has had collaborations with Moncler and Chrome Hearts) and a capsule collection focused on his bold ‘Getty’ logo.

His aspiration for Monkpunk is to be the next Nike, he added: “We’re thinking big.”