The most notable labels at the showcase were Maarknull and Underage, whose collections were steeped in nostalgic street and club references.

By Samantha Tse and Julia Neel on September 19, 2018
View Slideshow 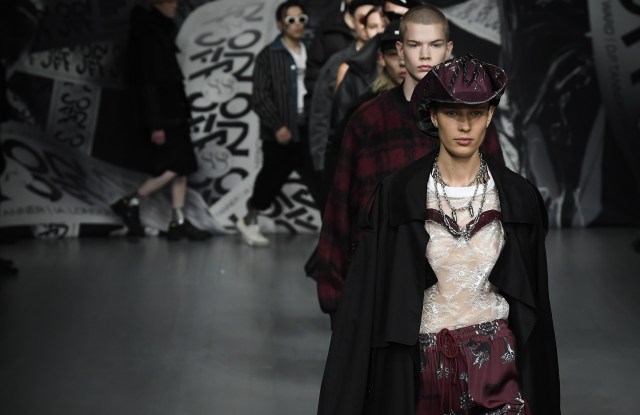 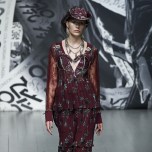 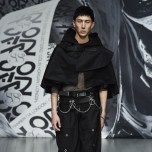 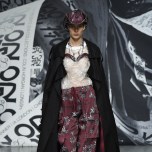 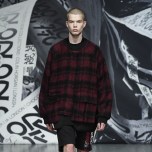 RISING UP: Among the rising stars at the British Fashion Council’s Discovery Lab were Asian designers who either studied in the U.K. or crossed the globe to present their brand in the country for the first time. The most notable names at this London Fashion Week showcase were Maarknull and Underage, whose collections were steeped in nostalgic street and club references, but with an eye on the future.

Marrknull meshed the athletic wear worn by school kids in China with traditional Chinese clothes. It dismantled stereotypes and created a fresh aesthetic. Among the collection’s highlights was the baseball jacket qipao, which reimagined an army green satin bomber jacket into a qipao dress silhouette, and a track jacket layered with a mesh fisherman’s vest.

London-based Chinese designer Ying Shen of Underage looked to the Club Kids of the late Eighties and early Nineties for her spring 2019 collection. It featured distressed denim in various iterations, as well as boxy wool tweed jackets layered over floral and fringed skirts that were held up by leather harnesses. The collection felt a bit dystopian but wholly appropriate given today’s political climate.

Wesley Harriott’s collection drew from the designer’s neighborhood in Tottenham, London and from the women in his life. “The women who wear my clothes are strong superheroes,” he said. He cleverly juxtaposed masculine and feminine details and fabrics with utilitarian elements. A trench coat unzipped into a shorter, sexier silhouette and skirts with fully functioning bags constructed into them.

The collection also included a men’s shirt gathered into a corset and Harriott’s take on eveningwear in the form of a delicate sheer organza dress with men’s suiting fabric draped in the back.

While the Discovery Lab focused on emerging talent, more established named used the space. Knitwear designer Mark Fast, who started his brand nearly a decade ago, relocated from the main stage into the Discovery Lab last season to better highlight the intricate details of his craftsmanship.

For spring 2019, Fast’s muse was a desert goddess from Egypt and a Twenties bronze sculpture, which was well-reflected in the collection’s rich palette of bronze, muted gold, terracotta and warm reds. Fast’s collections have always been textural but this season, he incorporated feathered metallic fringes, hand-dyed shells that resembled reptiles crawling in the sand and ostrich quills on hemlines.

The collection was exquisite and his unique perspective elevates crochet and knitwear onto another level.

Daniel Pascal Tanner, who was sponsored by Liberty London Fabrics, showed the prettiest collection, riffing on romantic and historical references through his silhouettes. His background as a professional dancer has imbued him with a great sense of drama, which came through in looks like the tiered dress in a potpourri of prints with a bright yellow bertha collar that was styled with a tall black pilgrim hat, and in the checked silk chiffon dress that was topped with a floral, braid-trimmed corset.

The very promising Longshaw Ward, by husband and wife team Kirsty Ward and David Longshaw who met while working for Alberta Ferretti, showed a collection that demonstrated a flair for craftsmanship and a sophisticated use of color and silhouette. The cropped raspberry jumpsuit that came with a matching trench in sheer organza looked great against the transparent baby blue cape with beautifully bound seams that floated over the shoulders.

Cambridge-based Ira Avezov, who designs IA London, showed prints that were a mash-up of a marble head from a classical Greek statue and moody smeared flowers. Chocolab’s collection for men and women was a nice mix of streetwear and romance, with a palette focused on black, white and red, cut through with neon or delicate butter yellows.

Royal College Of Art graduate Colin Horgan drew his inspiration from the real and virtual women of his childhood, presenting a collection that had a futuristic motocross vibe elevated by complicated, three-dimensional constructions strapped to the front of several looks.