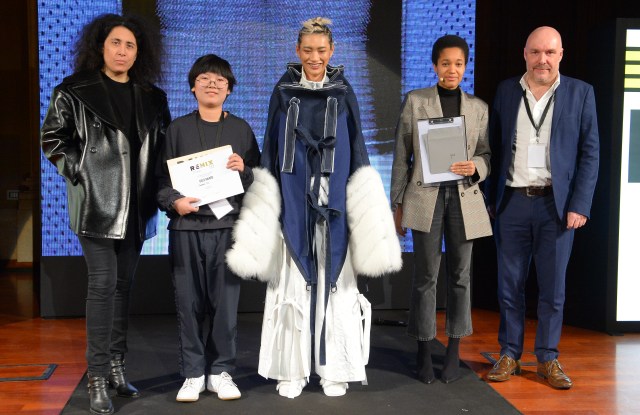 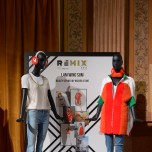 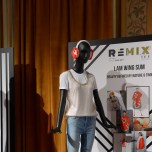 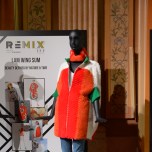 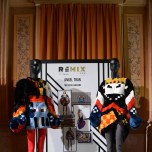 MILAN — The International Fur Federation has named the winners of the 15th edition of the Remix fur talent contest, with a presentation and event held at the Palazzo Barozzi venue on Sunday night here, during Milan Fashion Week.

Japanese designer Chunchen Liu was bestowed with the gold award, which enables her to access a mentorship and training program. The IFF will cover a training trip to Toronto’s North American Fur Auctions.

“Fur is quite a complex material to work with so we felt that young designers needed a little bit extra help and support understanding particularly how the new modern techniques mean that you’re working with fur but blending it in with leather, wool, cotton. There’s a lot of technical skills needed to work with fur and it’s really important we give designers the chance to learn those skills,” explained Mark Oaten, chief executive officer of IFF.

Each designer was asked to develop a collection of three different outfits based on criteria such as sustainability, the use of recycled materials, environmentally friendly dyeing techniques and the traceability of the fur.

Liu showed a collection named “the exploration of nature’s spirit,” drawing her inspirations from the mountains’ landscapes. A lightweight hooded nylon Windbreaker jazzed up with fur scraps and denim inserts was particularly appealing. It was paired with wide-leg denim pants with knots recalling the outfits of Japanese samurai.

The three fur designs will be featured in a fashion shoot produced by Vogue Italia to appear in the publication’s April issue as well as online on vogue.it. Additionally, the pieces will appear in the global “IFF Fur Now” campaign.

“As a designer I’m not really into fur, to be honest, so this was new to me; it’s been a challenge for me. But I loved the nature theme, which aimed at highlighting that fur is the most natural material in the world, and I find this very positive,” said Arbesser, who also considered impressive the young designers’ creative efforts in adhering to such a subject.

To further mark this year’s focus on sustainability, Saga Furs, the Finland-based fur auction company, presented a special award. Coincidentally, Liu won this prize, too. The designer was bestowed with a full-paid training trip to the Saga Furs Design Center.

Along with allowing emerging talents to have a huge exposure, Oaten insisted that the Remix talent contest is meant to globally promote a more conscious approach to the use of real fur at a time when many brands such as Gucci, Michael Kors, Jimmy Choo and Diane von Furstenberg have pledged to go fur-free. “I got very frustrated when Gucci said that [real] fur was not modern, just look around the room and I mean these young designs, they’re colorful, they’re vibrant, they’re modern, they’re today, they’re the future,” he said enthusiastically.

Oaten highlighted that despite being “bullied about taking on fake fur,” the IFF “doesn’t think [fake fur] is sustainable.” This is also the key message of a video campaign IFF is promoting across its web site and social media channels. “If you really care about the environment, natural fur is the responsible choice. It’s sustainable, biodegradable, it is from nature,” Oaten concluded.

The IFF’s next moves include researching programs for the use of natural dyes and more environmentally friendly chemicals in order to define a more ecological standard in the production’s processes.