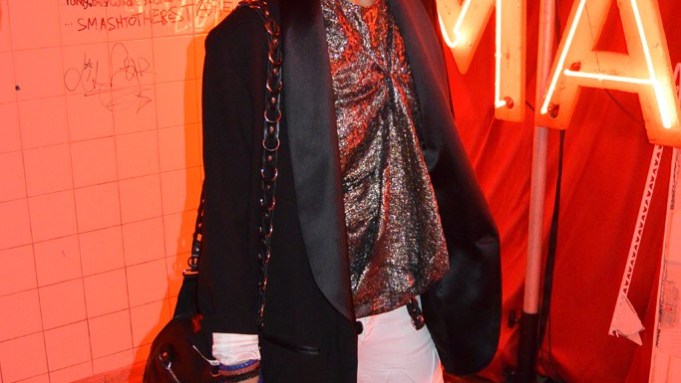 GOING TO THE CHAPEL: Isabel Marant’s new London store might be located on Bruton Street in Mayfair, one of the city’s highest-octane shopping areas, but on Thursday night the designer indulged her liking for what she called “hidden” locations when she hosted a dinner to celebrate the opening. The designer took over an elegantly run-down 18th century chapel in London’s Covent Garden, with guests including Jade Jagger, Arizona Muse, Mary Charteris and Tallulah Harlech. Jagger, wearing one of Marant’s sequined tanks noted that she was a longtime Marant admirer.

Jagger noted that “even my husband,” Adam Fillary, was wearing one of Marant’s designs — a coat from the designer’s Etoile women’s collection. The crowd dined on a menu of radishes and rock salt and rare roast beef created by chef Margot Henderson, before repairing to one of the church’s pulpits for petit fours.

It was a rare slice of downtime for Marant, who said she was eager to open in London. “Since three years we’ve had people asking, ‘When are you going to open?’ And since this morning, people have been coming in all the time — it’s amazing.”

The designer was equally wowed by the performance of her sellout collection for H&M last month — but she didn’t check out the action in her local store in Paris.

“I couldn’t [go and look], it was too much for me,” said Marant, who ruled out doing a similar collaboration in the near future. “I think this kind of collaboration, it’s nice to do it maybe once every ten years,” she said with a laugh.