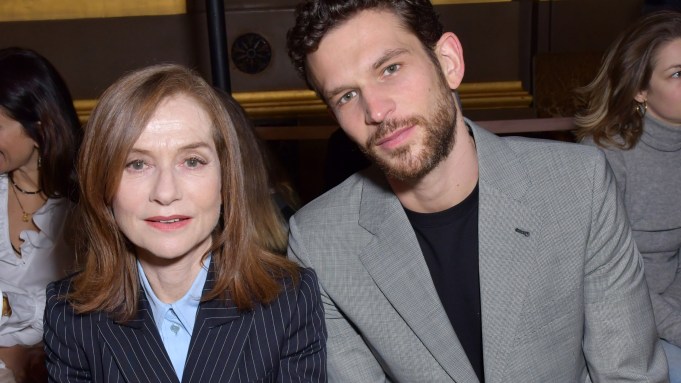 CHANGE AGENT: The first Oscars of the #MeToo movement was widely hailed as championing change and diversity, but one leading French actress was slightly non-plussed by the whole affair.

At the Stella McCartney show, held at the Paris Opera on Monday, Isabelle Huppert, who missed out on the Academy Award for Best Actress last year, said that while she approved of this year’s crop of winners, she didn’t see a difference in the types of films being distinguished.

“I don’t think the results mark an evolution. It’s been a while already that the Oscars have singled out interesting movies on a regular basis, so no, I don’t think there was any particular change this year,” she said.

Arnaud Valois, whose movie “120 BPM (Beats Per Minute)” was the big winner at last week’s Césars ceremony, France’s equivalent of the Oscars, had a radical solution for recovering from awards season. “I sleep about 12 hours a night and I nap for three hours — that’s how I spent Saturday and Sunday,” he said.

The actor, who moonlights as a Thai massage therapist, is about to start shooting “Mon Bébé” opposite Sandrine Kiberlain. “I play the lover,” he said with a grin.

Lucie de la Falaise was enjoying fashion’s obsession with her late aunt Loulou ahead of the publication of “The Untold Story of Loulou de la Falaise and the House of Saint Laurent” by Christopher Petkanas — though she didn’t contribute to the tome.

Loulou, a longtime collaborator of Yves Saint Laurent, loomed over the Saint Laurent runway this season and also inspired a fashion spread in the March issue of French Vogue. “We miss her so much, so it’s so lovely to see that her talents have sort of spread and are kind of continuing,” she said.

Lucie, herself a former Saint Laurent model, recently posted an image showing her posing for Irving Penn alongside Loulou, her grandmother Maxime and her cousin Anna Klossowski, who was a little girl at the time.

“I mean, putting family all in one shot isn’t the easiest thing — of all different ages — but we always made it into a fun, entertaining moment, and it’s always fun to get dressed up as a bunch of girls and have your hair and makeup done,” she recalled.

De la Falaise, who recently collaborated with Schiaparelli on a trio of handbags, is branching out into interior design. “We haven’t officially launched, but I’m just doing my baby steps — a soft opening — and then I’ll be ready to shout it from the rooftops once I have my web site,” she said.