The French actress was among the guests at the opening of Chloé's new cultural space, featuring the exhibition “Femininities — Guy Bourdin.” 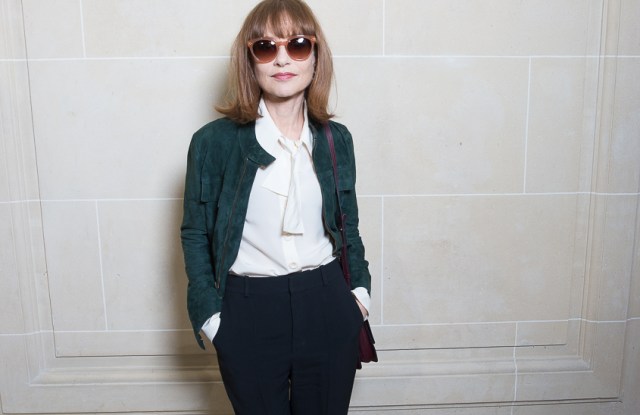 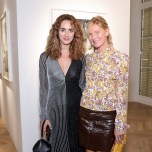 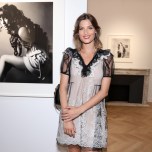 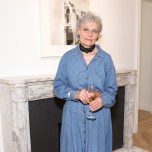 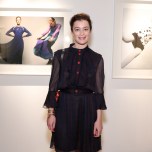 The French actress was among the guests who joined Chloé creative director Natacha Ramsay-Levi and chief executive officer Geoffroy de la Bourdonnaye on Sunday evening for the launch of the venue’s inaugural temporary exhibition, “Femininities — Guy Bourdin,” and a live concert by French singer Camille.

Huppert posed for the late photographer in 1989.

“This reminds me of the terrific day I spent with him. He was an extraordinary photographer — very intransigent. I remember we must have made thousands of pictures — not thousands, I’m exaggerating a little, but certainly hundreds — and in the end he kept just five. He never wanted to compromise,” she recalled.

The exhibition juxtaposes Bourdin’s images with archival Chloé designs, many of them by former creative director by Karl Lagerfeld, revealing a sexy, edgy facet to the house known for its bohemian romantic creations. “It’s a great house, but it’s true that this suddenly shows it from a different angle,” Huppert remarked.

Judith Clark, who curated the exhibition, noted Lagerfeld’s creations were particularly well represented in the house’s archive. “A lot of them, which are heavily detailed, heavily embroidered, are objects that maybe women are more likely to keep,” she explained.

“The Chloé ready-to-wear spans a great range of garments, it’s a kind of luxury ready-to-wear, and therefore it can range from a T-shirt to a beaded gown. So I think there is a lot of work by Karl that is very experimental that I think people were likely to immediately recognize as iconic,” she added.

The era has proved particularly inspiring for Ramsay-Levi, who will show her first collection for Chloé this fall.

“It’s a very good approach to see it through the Bourdin [photographs],” she said. “I think the romanticism is just one part of it and there is a much more provocative part, there is a much more bourgeois part, a subversive one as well, and I believe for me those pictures are superstrong and powerful.”

The designer, who joined the house in April from Louis Vuitton, said Maison Chloé would function in the collaborative spirit instilled by founder Gaby Aghion, with guest artists and performers.

“I think there is something that is very generous at Chloé and I absolutely believe in it,” she said. “Chloé has to gather different femininities and different points of view so yes, it’s a place where I could do something, or just invite someone who wants to do a performance.”