Isetan Gets a Makeover

The department store is now organizing the floors by style. 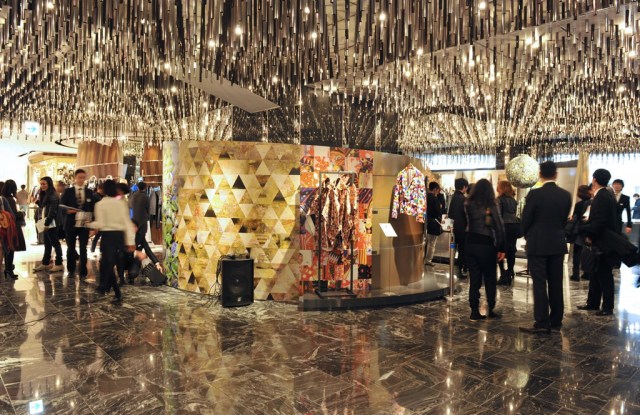 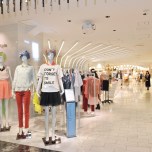 FACE LIFT: Isetan’s Shinjuku flagship in Tokyo just unveiled its newly renovated third floor. While the store’s women’s brands used to be grouped into departments based roughly on the age range of target customers, Istetan is now organizing the floors by style.

International luxury brands like Prada, Gucci, Chloe and Dolce & Gabbana are given ample space in their own sections, as are edgier brands like Comme des Garcons and Chrome Hearts, the latter of which Isetan is now carrying for the first time. Other areas on the same floor stock additional international and local designer brands, including Nina Ricci, Undercover, Marni and 3.1 Phillip Lim. Athletic wear and gift items are also on offer, spanning everything from workout wear by Gyakusou and Adidas by Stella McCartney to limited edition animal print trays and flower vases by Alexandra Von Furstenberg.

The central escalator hall is differentiated from the rest of the floor by dark marble tiles and silver metallic tubes hanging from the ceiling. The area is used as a space to showcase unique items that blend fashion and art, with displays and products changing frequently, sometimes after just one week. The current offering is a series of collaboration products by Kunihiko Morinaga, designer of the Japanese brand Anrealage, and Yoshitaka Amano, an illustrator and character designer who has worked on the video game franchise Final Fantasy.

Also renovated was a cafe located adjacent to the passageway that leads to Isetan’s men’s building. Fittingly called Ladies & Gentlemen, it has a retro French bistro vibe and serves crepes, hearty lunch sets, and pastries by Sadahiro Aoki.