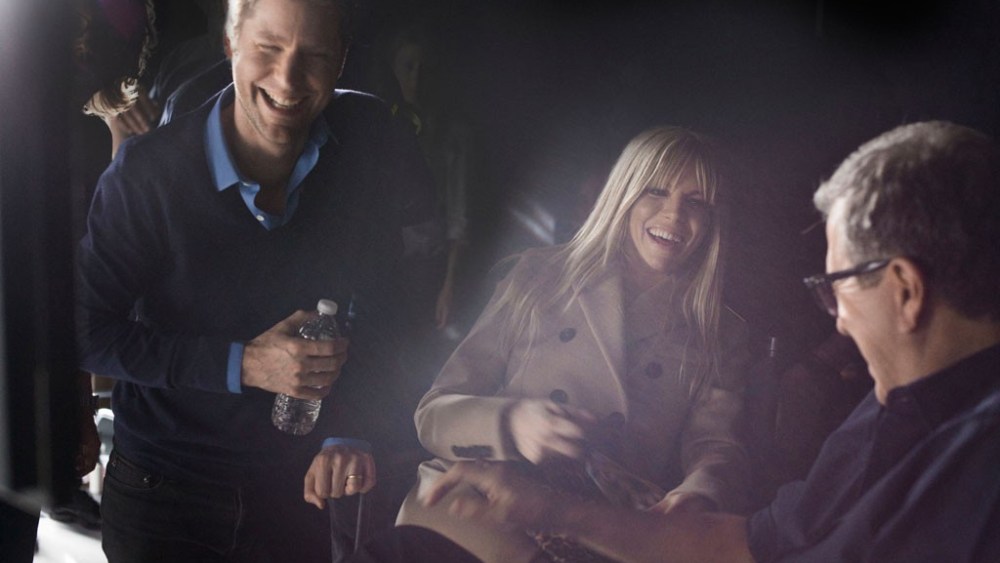 ISN’T IT ROMANTIC: Real life loves Sienna Miller and Tom Sturridge have been confirmed as the faces of Burberry’s fall collection. Shot together for the first time as a couple, the campaign is described as a continuation of the “playful and romantic mood” of the upcoming fall season, kicked off by the brand’s June launch of Burberry Kisses, a personalized digital kiss-sending platform.

“This was a shoot full of love and laughter,” said Christopher Bailey, chief creative officer. “It was such a treat to work with Sienna and Tom, and capture their magic together.”

Shot under Bailey’s creative direction by Mario Testino, the campaign soundtrack features an exclusive version of “Hold Me” by musician Tom Odell, recorded live at the fall Prorsum women’s wear show. As part of the initiative, which highlights men’s and women’s outerwear and accessories, behind-the-scenes content will be shared across Burberry’s online outlets throughout the season.