A who’s who of Italian fashion turned out Thursday night for the opening of The Vogue Talents Corner, co-hosted by Vogue Italia and Yoox.

By Joelle Diderich and Alessandra Turra on February 24, 2012
View Slideshow 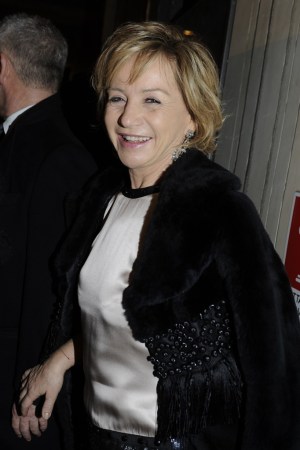 NEW BLOOD: A who’s who of Italian fashion turned out Thursday night for the opening of The Vogue Talents Corner, co-hosted by Vogue Italia and Yoox virtual multibrand store Thecorner.com. Domenico Dolce and Stefano Gabbana, Alberta Ferretti, Tommaso Aquilano and Roberto Rimondi, Marco Zanini, Ermanno Scervino, Giuseppe Zanotti and Alessandro Dell’Acqua were among those checking out the creations of 11 international designers on display.

“This is not a marketing ploy — we believe a lot in this project,” said Yoox Group founder and chief executive officer Federico Marchetti. Nonetheless, a playful mood prevailed among the crowd, with Vogue Italia editor in chief Franca Sozzani taking a break from hosting duties to show Donatella Versace and Matteo Marzotto some photos on her smartphone: pictures of Madonna performing at the Super Bowl, with Sozzani’s face Photoshopped in.

“This is marvelous — you can breathe an air of creativity and energy,” said Versace. “I have many super, young international people working with me and sometimes they shock me, but sometimes I shock them, too,” she laughed.

Renzo Rosso revealed that Diesel would be presenting a joint project with Italian kitchen design firm Scavolini at Milan Design Week in April. “We took one year to create something which is unique, and we combined our vintage retro style with something very technological,” he said.

Marzotto, fresh from opening the first Vionnet store in Milan, said it was important to support young talent, noting that he heads the Mittelmoda international fashion design competition. “In Italy there is a new stream of energy towards young people, mostly in fashion,” he said. “Sometimes fashion sets the tone for other fields, because in politics it’s not like this. Usually it’s in the hands of the old generation, but now I think Italy is changing. It’s an interesting time for us.”

Diego Della Valle concurred. “I think everybody who loves Italy is very focused on ‘made in Italy,’ because that is maybe the one area where we are number one in the world,” he said. “This is our future,” he concluded, gesturing at the exhibition booths.