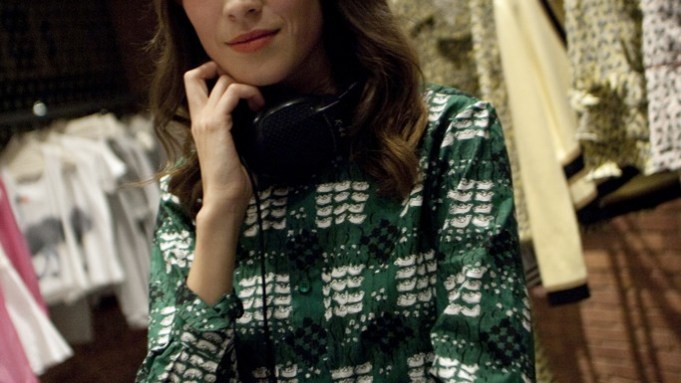 ITALIAN DRESSING: Prior to putting the finishing touches on her fall collection, Marni designer Consuelo Castiglioni flew to New York to celebrate the launch of her self-named fragrance with the Estée Lauder Cos. Inc.

On Tuesday night, Castiglioni presided over a cocktail party at Marni’s Meatpacking District store on West 13th Street, which drew a healthy handful of fashionable types including Tallulah Harlech, Joanna Newsom, Harley Viera-Newton, Mia Moretti, Cory Kennedy and Alexa Chung, who played DJ. Christina Ricci, outfitted in “head to toe” Marni, didn’t get a chance to preview the scent, but happily explained what she’d expect from it. “I’ve been such a huge fan of Marni’s clothes forever because they’re so unique and luxurious,” she said. “So I would imagine anything they produce would be reflective of that.”

The festivities continued the next evening at Saks Fifth Avenue, where Ron Frasch and Stephen I. Sadove joined Estée Lauder’s Fabrizio Freda and Veronique Gabai-Pinsky.

Sadove said, “Marni’s an important brand for us and one that has a wonderful following. When they came forward with a fragrance, our team immediately thought it would be a home run. We have it exclusively, it’s our biggest launch of the season, and we’re doing social media, windows and more in support of it.”

Castiglioni noted that her company has had a long partnership with Saks, making the retailer a natural choice for the launch — and would only say of her upcoming collection, “I’m really excited about it.”