By Alessandra Turra on May 31, 2013
View Slideshow 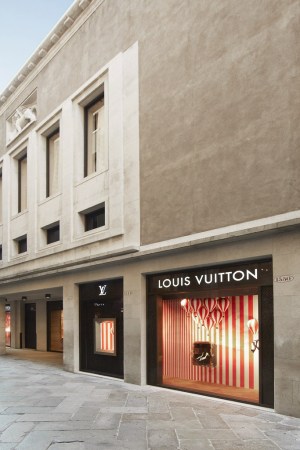 IMG Requires Proof of Vaccine to Attend NYFW: The Shows at Spring Studios

ALL FOR ART: On Friday, Louis Vuitton unveiled its first Italian Espace Louis Vuitton in Venice. Located on the top floor of the Vuitton store that opened in April near Piazza San Marco, the art gallery will host exhibitions organized in collaboration with Fondazione Musei Civici di Venezia (MUVE), a cultural institution managing 11 museums in Venice. Vuitton will finance the restoration of some art works owned by the museums. The pieces will then be shown at the Espace, where they will be displayed with a new art work realized by a contemporary artist.

According to Geoffroy van Raemdonck, South Europe president for Louis Vuitton, the company will open another Espace in Munich either late this year or in early 2014.