Brad Pitt and Robert Redford will be the honorary cochairs at the splashy affair for the Wallis Annenberg Center for the Performing Arts. 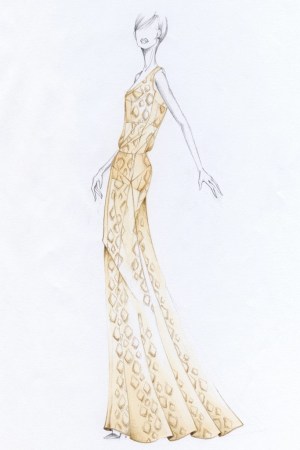 In addition to a performance by Italian tenor Vittorio Grigolo, there will be a runway show of the spring collection featuring several light-colored embroidered gowns Ferragamo creative director Massimiliano Giornetti designed for the occasion. There will also be a Ferragamo pop-up shop within the center selling several accessories exclusive to Beverly Hills such as Lucite heels, hand-woven lambskin and exotic skin and high-tech mesh combos.