The French luxury cobbler will occupy the space for a year. 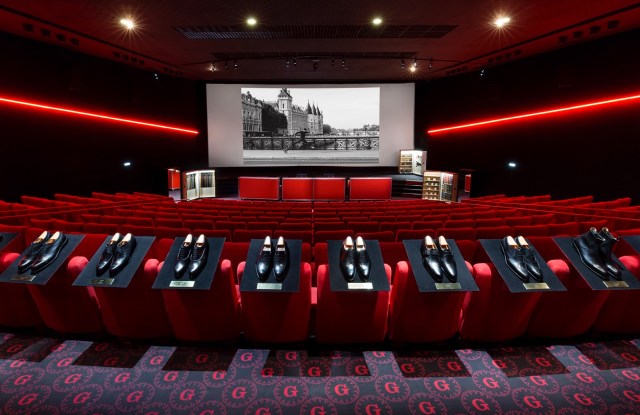 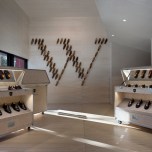 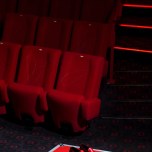 THAT’S ENTERTAINMENT: A galaxy of actors — from Cary Grant to Pierre Niney — count among fans of J.M. Weston’s 180 Moccasin leather loafer. And now, in a witty retail initiative, the French luxury cobbler has opened a pop-up store in the former Gaumont Ambassade cinema on the Avenue des Champs-Elysées.

There’s not a popcorn box in sight, though. Instead, the theater’s former foyer — now clad floor-to-ceiling in blond wood panels — has gone all minimalist. Features include a giant letter W on one of the walls made out of wooden shoe forms and a mini dug-out screening area projecting short films produced by Mr Porter about the house’s savoir-faire. Behind the store’s design is French architectural firm Loci Anima.

A selection of leather goods and signature J.M. Weston shoe styles are displayed in a series of branded wooden flight cases on wheels throughout the space, along with a by-order Gaumont-red loafer and the brand’s women’s footwear line.

Things take a cinematic turn when it comes to trying on styles, meanwhile, which takes place on seats in the site’s former theater, accessed by a short flight of steps. At the top of the room, a row of men’s shoe styles is presented on stands with their names etched in brass plaques. The cash desks are located in the theater’s pit.

The fun retail concept is an intermediary step for J.M. Weston, which has just moved out of its historic Champs-Elysées store that opened in 1932. In one year’s time, the brand will leave the pop-up space and is looking for a new permanent location on the legendary avenue, according to a spokesman. Recent Paris openings include a store in the Marais district, which bowed in April.

In terms of other film-related projects, J.M. Weston over the past five years has commissioned shorts by André Saraiva, Cédric Klapisch and James Bort.