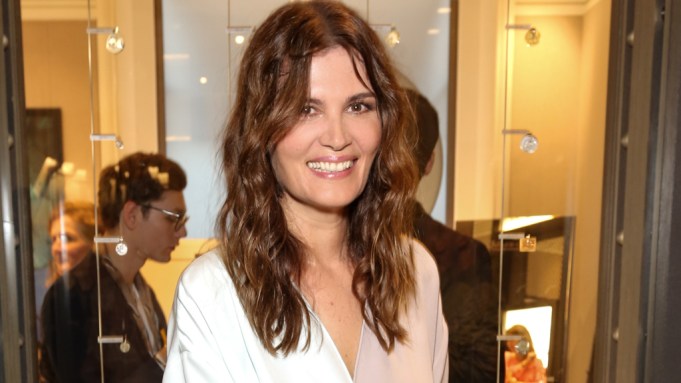 PLACE TO BE: The Place Vendôme was buzzing on Thursday night when Jaeger-LeCoultre hosted a cocktail event. Colin Field, the Ritz Paris’ famous head bartender, was mixing drinks.

The occasion was to celebrate the Atelier Reverso, the watchmaker’s new concept allowing clients to customize their timepiece, including with the new designs by Christian Louboutin. It was also to mark the 85th anniversary of the famous watch style.

“There are roughly 5,577 combinations,” explained Franck Robinet, Jaeger-LeCoultre brand manager for France, of the customization feature, which is to roll out to other boutiques worldwide after London and Paris.

The event drew a flurry of French actresses including Marina Hands, Valérie Donzelli and Aïssa Maïga.

Hands has just wrapped up “Taboo,”a period TV series produced by Ridley Scott with costar Tom Hardy for BBC One and FX. “Tom Hardy is one of the greatest actors of his generation. It was a master class,” she said, sporting a Schiaparelli outfit paired with a Reverso. It was her first project in English. “I have British origins so it’s OK; my accent isn’t too strong,” she said with a smile.

Christian Boyens, the Ritz Paris general manager, popped by as a neighbor. “I have been here [on the Place Vendôme] for six years. I still take photos of it,” said the executive. “We’re an independent house. We have tried to keep that spirit,” he said of the four-year renovation of the hotel that has just reopened. (A selection of Jaeger-LeCoultre pieces is featured in one of the 95 display cases in the hotel.)

Designer Alexis Mabille, Belgian singer Stromae and the model Estelle Lefébure were among other guests who turned out.

Lefébure said her book “Orahe,” a bestseller in France in which she shares her secret for staying fit, is to be released Stateside in January, published by Flammarion. “The English title will be ‘Mindful Beauty,'” said the 50-year-old model. She was sipping a cocktail with a red feather on it. Field had concocted it as nod to Christian Louboutin.