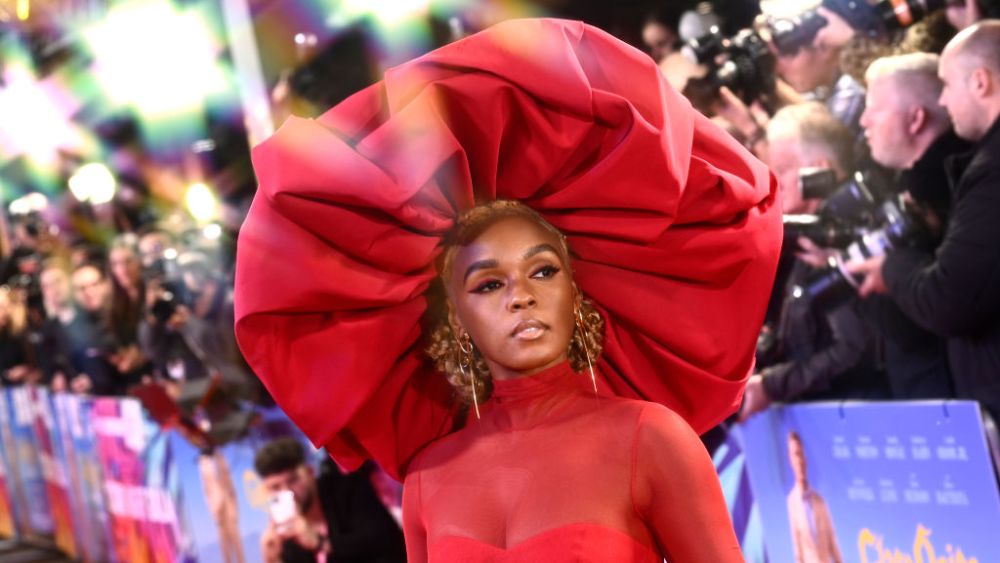 Janelle Monáe attended the premiere of “Glass Onion: A Knives Out Mystery” on Sunday at the BFI London Film Festival in a campy fiery red ensemble.

The actress-singer wore a statement-making red dress that included a turtleneck neckline, sheer bodice and long-sleeve arms with a red bra underneath. A two-tiered balloon ruffle skirt with a train completed the look.

Monáe literally topped off the outfit with a matching oversize pleated headpiece. She accessorized with Misho Katana Leo earrings and several rings from Fernando Jorge.

The actress continues debuting standout outfits for her ongoing promotional tour of the “Glass Onion: A Knives Out Sequel.” In September at the Toronto International Film Festival, she wore a futuristic couture gown from Iris Van Herpen.

Monáe is no stranger to looks meant to make a statement, sometimes even a political one. At the 2022 BET Awards, she wore a Roberto Cavalli harness gown as a sartorial response to the Supreme Court.

She stars in the long-awaited “Knives Out” sequel alongside a cast that includes Madelyn Kline, Daniel Craig, Kate Hudson, Ethan Hawke and Kathryn Hahn.