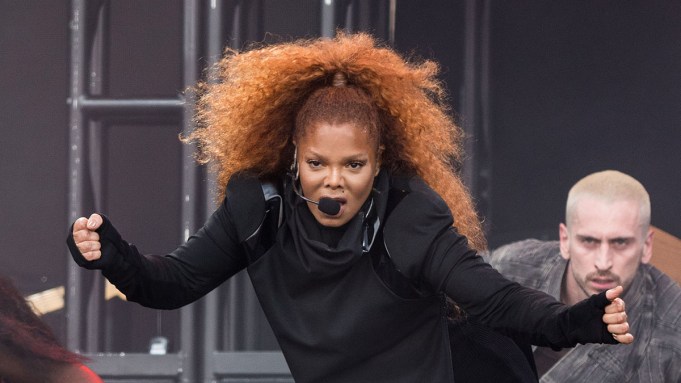 At the dinner, which was thrown in Jackson’s honor, Essence, Coca-Cola, AT&T and Propel Center made a joint donation of $100,000 to Jackson’s Rhythm Nation Scholarship Fund. The scholarship supports Black students who are pursuing a degree in communications, fine arts, journalism, mass communications, mass media arts, music, photography, TV production, or visual arts at a historically Black university.

The following day, Jackson took the concert stage at Essence Festival wearing a sparkling long-sleeved fitted black jumpsuit by The Blonds with dramatic shoulder pads, a corseted waist and metal paneled accents on the arms and shoulders. The star wore black knee-high glitter boots with a modest block heel with the outfit, giving her a solid footing for dancing. Jackson wore her hair in the same half-up, half-down style as the night before, centering her makeup look around a light cut crease and soaring lashes.