The American designer also took in the Chanel show while in town. 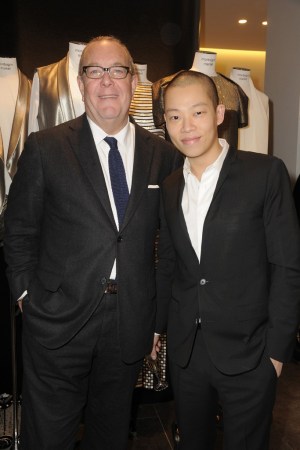 “Being a designer I’ve done everything there is to do with a show, except going to one,” Wu said. “If there is a show to go to, then it has to be Chanel. The scale of it all, the intensity and the energy were so great. It also gives a young designer like me something to look up to. That’s the goal, to be as good as what [Karl Lagerfeld] does.”

Wu is also in town for development meetings with L’Oréal-owned Lancôme, with which he is designing a makeup collection launching this fall that will include eye shadow, eyeliner, lipstick and nail polish in “intense colors.” He revealed that the packaging for the collection would be in his signature gray.