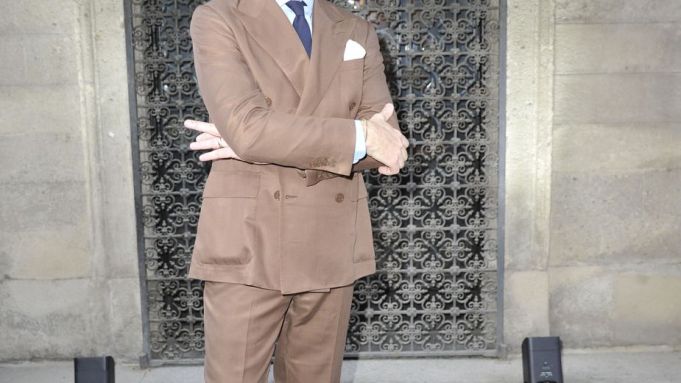 MEN’S HOUR: How does it feel to be back in men’s and do the whole fashion week shebang all over again, Jay Fielden was asked more than once at the first Milan men’s cocktail he hosted as editor in chief of Esquire. “Like coming home — but with fresh eyes,” replied the affable Texan and former Men’s Vogue chief, who has rejoined the men’s wear circuit following a five-year stint at Town & Country.

“So much has changed in that small window of time. Men are more confident than ever about expressing themselves personally when they get dressed. It’s no longer about being a ‘suit’ guy or a ‘fashion’ guy, this type or that type. You have permission to have fun and Esquire, with its innate journalistic curiosity, can capture the spirit of this new era like no one else,” he noted, sporting a double-breasted suit in cappuccino brown — very much on trend with the noble setting.

Though Fielden indicated that he would tap into fashion’s gender-fluid environment, wishing to woo female readers, as well. “Deploying our literary charm is one big way to do that,” he said, pointing to Esquire’s tradition of publishing short stories, which in the past included Ernest Hemingway, F. Scott Fitzgerald, Philip Roth, Stephen King and most recently James Franco, “and also by bringing in great female contributors to make the magazine the genre-busting title it was when it published Nora Ephron and Joan Didion. My ambition is to go beyond the men’s category and appeal to an audience curious about the world at large.”

The editor did not specify how this would translate into the online edition of Esquire, but said the magazine would create new web-friendly features and mutual content, while essentially keeping print and online separate.

“Esquire.com has around 15 million unique visitors a month, and I consider it a laboratory where you can learn and try new things every day to help answer the tough questions we’re asking together. What’s obvious is that although it’s essential that digital and print spring from a common manifesto, they express the Esquire brand in intriguingly different ways,” he noted.