By Jessica Iredale on May 4, 2017
View Slideshow 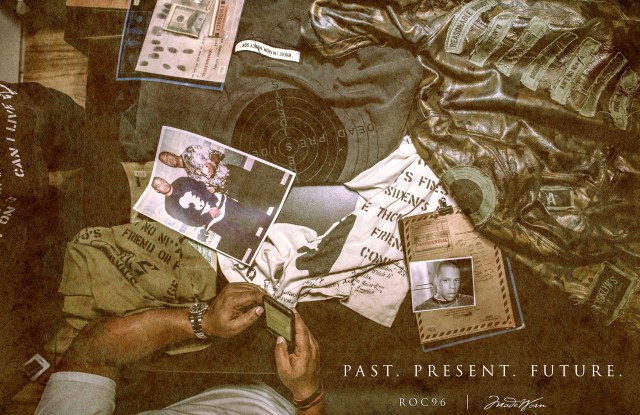 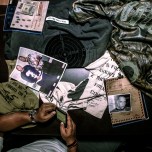 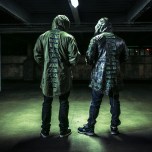 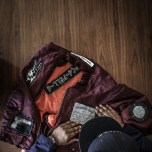 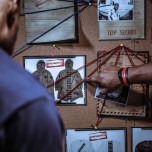 Barneys New York has an exclusive on a new men’s and women’s capsule collaboration between MadeWorn and Roc96, the latest apparel collection from Jay Z and his partners Kareem “Biggs” Burke and Emory Jones. The collection is a tribute to Jay Z’s first album “Reasonable Doubt,” released 21 years ago in 1996, and features bombers, leather and military jackets, sweatshirts, T-shirts and “Reasonable Doubt” dog tags. Prices range from $235 to $4,000.

“This capsule celebrates a time when we were dreamers,” Jay Z said in a statement. “It captures that time perfectly.”

Jay Z, Burke and Jones founded Roc96 last year as a fashion/image group, with the former acting as silent partner. (Jay Z and Burke cofounded Roc-A-Fella Records and Rocawear with Damon Dash. They are no longer involved in those businesses. Jones is a childhood friend of Jay Z’s and a lifestyle specialist at Roc Nation.) The partners initially started the label with a series of capsules relating to the 20th anniversary of “Reasonable Doubt” last year, which they’ve spun into two lines: Reasonable Doubt, a lower-priced streetwear line, and Roc96 at the higher end of the spectrum. Now they’ve teamed with Blaine Halvorson of MadeWorn, which specializes in vintage-inspired concert and band logo gear, for the Barneys’ Roc96 capsule which launches today.

Burke, who is also chief executive officer of the denim line Fourth of November, said Halvorson’s involvement with the design of Roc96 will be ongoing as the brand expands. “When we got with him and saw what he could bring out from studying Jay, the music, the lifestyle and the movement we created, we thought it was perfect match,” Burke said. “Emory and myself are part of the curation process, but as far as the design, that’s all in Blaine’s hands.”

Halvorson noted that everything in the capsule is handmade. The pieces are cut, sewn, distressed, sanded, dyed and aged, many of them done in faded earth tones with patchwork and metal hardware. Lyrics and track titles from the album are a big inspiration, appearing as prints.

Burke and his partners have big plans for Roc96 for fashion and beyond. Asked about distribution, he said the goal is to reach the top 600 retailers globally. For now the focus is on men’s and women’s apparel but sneakers and a film division could be in the future.