French fashion and society photographer Jean-Luce Huré was pinned as a chevalier of arts and letters. 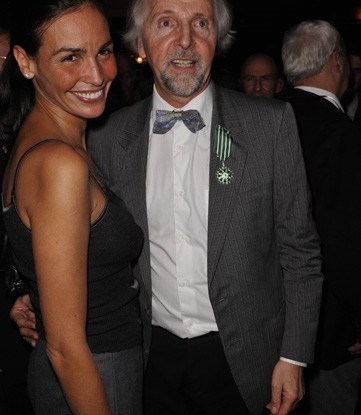 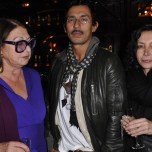 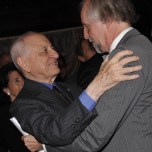 SNAP HAPPY: The focus was on seasoned French fashion and society photographer Jean-Luce Huré on Wednesday night  at Maxim’s as he was pinned as a chevalier of arts and letters by Didier Grumbach, president of the Chambre Syndicale.

The crowd included host Pierre Cardin, Loulou de la Falaise, Ines Sastre, Pierre Bergé and Haider Ackermann. “Some say I’m ‘fashion’s memory.’ I have 50 years’ worth of archives of couturiers that I still haven’t filed — but I’ll get around to it,” said Huré during an emotional speech, adding he plans to do a few books and exhibitions in the near future.

The snapper’s vast archive of subjects includes the late designers Elsa Schiaparelli, Madeleine Vionnet and Gabrielle Chanel. “One regret is having missed Yves Saint Laurent’s first show, but I made up for it,” said the photographer, sporting his signature bow tie.

Huré’s photos appeared in Women’s Wear Daily from 1966 to 1975. He went on to work for the New York Times and French Vogue’s “people” pages. “For me, it’s Women’s Wear Daily who coined the term ‘people,’ as they used to have a section called ‘Beautiful People’ which then became ‘People,’” Huré told the crowd. “He’s been there since when I began [designing] in the Sixties. We’ve grown old together,” said Emmanuelle Khanh.

Meanwhile, Cardin said his next globe-trotting fashion shows would be held at two of his own properties: the Chateau of the late Marquis de Sade in Lacoste, France, in July, followed by his palazzo in Venice, which formerly belonged to Giacomo Casanova.