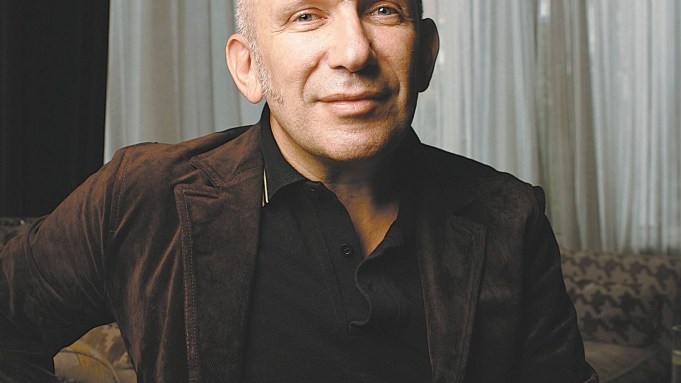 SEEN ON SCREEN: Jean Paul Gaultier will join the cameo lineup in the upcoming “Absolutely Fabulous: The Movie,” and Giles Deacon is expected to as well.

They will join fellow designer Anya Hindmarch and models Kate Moss, Abbey Clancy and Cara Delevingne, all of whom are making brief appearances in the film.

A spokesperson for Gaultier confirmed that the designer will be taking part, while Deacon declined to comment.

Speaking on the sidelines of a business launch event at Number 10 Downing Street last week, Hindmarch called her role “a dream come true.” The designer said she was on the “Ab Fab” set a few months ago, but declined to provide further details.

“Pitch Perfect” actress Wilson posted a picture of herself on Instagram dressed as a flight attendant on set. The film’s star Jennifer Saunders, who plays Edina, tweeted: “This hostess tried to check in my under-eye baggage.”

The comedy is based on the hit television show that follows fashion publicist Edina Monsoon and magazine editor Patsy Stone, played by Saunders and Joanna Lumley, as they bumble around London, decked in designer clothing, swilling Champagne. The British comedy, due to be released in select theaters in the U.K. on July 1, in the U.S. on July 22 and in Australia on August 11.