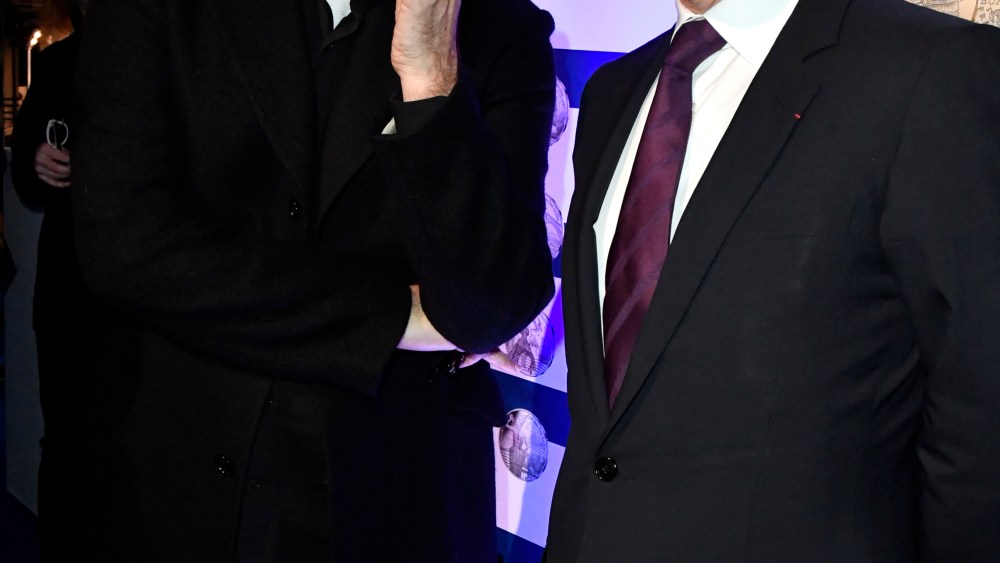 MIDAS TOUCH: Jean Paul Gaultier has applied his signature sailor stripes to everything from furniture to a perfume bottle. It came as little surprise, then, that they are also a central feature of the silver coins he created for his collaboration with the Monnaie de Paris, unveiled on Monday night.

Sailors appeared in various guises in the regional tableaux featured on each coin — from a pair of arm wrestlers representing the Basque region to a proud muscle-bound Adonis for Provence.

The 2017 series, part of an annual tradition that has previously featured designs by Van Cleef & Arpels, Cartier and Baccarat, is the last for Monnaie de Paris chief executive officer Christophe Beaux, who on March 29 will exit the position he has held for a decade.

Under his tenure, France’s sovereign mint saw its commercial activity increase to two-thirds of its annual turnover to compensate a steep decrease in its statutory minting activity. It also became home to Guy Savoy’s restaurant, recently nominated as “best restaurant in the world” by La Liste, an algorithm-based aggregator of food guides and reviews.

In the future, the site will also host a showroom for the Manufacture Nationale de Sèvres, France’s historical porcelain manufacturer, as well as English-language bookstore Galignagni’s first Left Bank outpost.

“Designing currency means speaking of the values of the French republic, bearing in mind that it is also the common currency of the euro-zone,” Beaux said. “Gaultier is an icon of French style, and he has maintained the same original outlook on France as he has on fashion for the past 30 years. His knack for revisiting national symbols and regional heritage with humor and respect was essential to honor the salient, positive traits of France.”

Maïga was fresh off filming “Le Rêve Français” (“The French Dream” in English), a movie on the 1960s wave of immigration of French nationals from Martinique and other overseas French territories.

“No one has merit solely due to their place of birth, but everyone should be proud of what they do and what they bring to the table,” the actress said. “Gaultier is unique in his ability to draw from any world culture and translate them in his own world thanks to traditional French craftsmanship. France has always been a melting pot of cultures, well before the immigration waves of the 1960s to the 1980s, and in these troubled times, it’s important to celebrate this.”

Unlike its previous collaborations, the La France par Jean Paul Gaultier collection will be sold at post offices and tobacco stores around the country. All coins are available at their nominal values in a limited run of 25,000 pieces for the 200-euro gold and 50-euro colorized silver, 50,000 for the 50-euro plain silver, and 1,340,000 for the 10-euro coin.

Two 50-euro coin feature the Gallic rooster wearing a colored Breton top — in hand-applied blue, white and red resin — or dancing with a corset-wearing hen, while the 10-euro coins feature 24 scenes inspired by regional particularities, among which Gaultier’s punk cancan dancer to represent Paris; a winged and corseted Marianne among grapes for the Champagne region, and a sailor making use of Lyon’s silk looms to manufacture the iconic Breton stripe top.

Despite Gaultier’s suggestion to give the coins as gifts, Joaquin Jimenez, art director of the Monnaie de Paris, recommended holding on to them, as they are sure to increase beyond their face value given the designer’s popularity. “The growing Chinese middle class is very interested in French culture and fashion, and they adore Jean Paul Gaultier,” Beaux added, pointing out the Year of the Rooster may further increase interest.