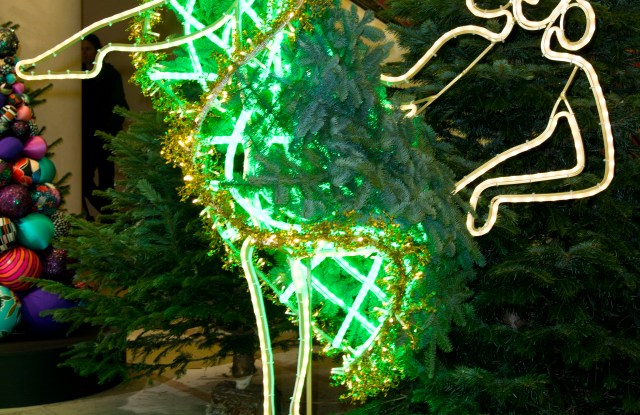 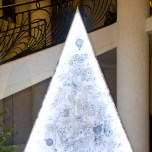 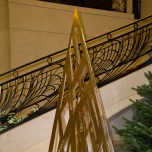 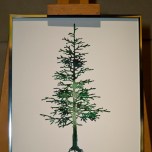 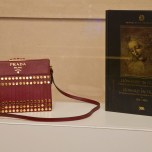 “I love Christmas and I love Paris and when thinking of the tree this year I wanted to do an homage to Paris. First I was thinking of the Eiffel Tower, but I finally decided to go with Can-Can. And the skirt is the real tree. So she can dance through Christmas,” said Gaultier who attended the festive Friday-night event, held at the Théâtre des Champs-Élysées under the patronage of Pascal Morand, executive president of the Fédération de la Haute Couture et de la Mode, the Montaigne Committee, and Professor David Khayat, president of the Charter of Paris Against Cancer.

Generating the second highest bid in the sale, which raised around 60,000 euros in total, though the final tally is still being calculated, was a figurative gold tree from Christian Dior decorated with trinkets including a hot air balloon, a mermaid, tarot cards and a rose.

“I’ve been coming here for 22 years,” said Jitrois whose conceptual entry, a dress crafted from a series of draped green zips, was based on the idea of “transforming a tree in the middle of the forest into a dress for a young woman.”

“The zip is always the trickiest part when putting on a dress, so I wanted to put the zip at the front.…In France, when someone says you resemble a Christmas tree, it means you look too showy; here I was going for a minimalist look.”

Prada’s entry was fittingly obscure: a studded bordeaux handbag and a book on Leonardo da Vinci in France.

Thomass, who for her design — an illuminated white stretch canvas printed with diamonds and pearls “made by a company that I work with for my lingerie called Barrisol” — said: “I absolutely love Christmas — I have three young grandchildren, you know, so Father Christmas still likes to pay us a visit.”

Journalist Stéphane Bern also put in an appearance, slipping out momentarily with Marek early on to switch on the Avenue Montaigne Christmas lights outside the venue. “Nicole Kidman inaugurated Printemps’ lights, it was Lily-Rose Depp for the Champs-Élysées, and Beth Ditto for Galeries Lafayette, but I’m doing it for charity so I’m a lot more affordable — I’m even doing it for free,” quipped Bern before pressing on the red “buzzer” to whoops from the crowd.