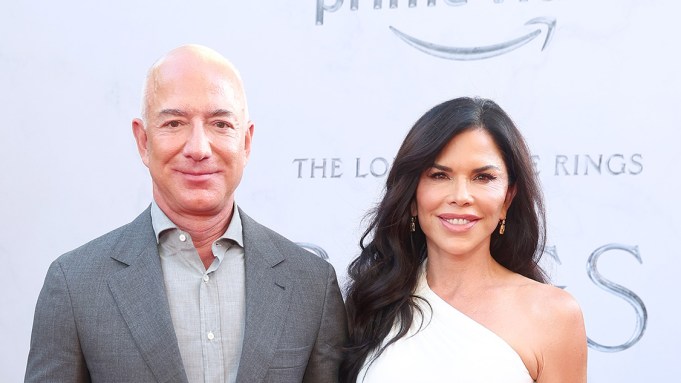 Lauren Sánchez made an ethereal style statement on Monday at the Los Angeles premiere of Amazon Prime Video’s “The Lord of the Rings: The Rings of Power.”

Accompanied by her boyfriend, Amazon founder Jeff Bezos, the Emmy-winning journalist wore a white crêpe jersey asymmetric gown by Tom Ford with a side slit that created a fluid drape. She coordinated with gold sandals that had a metallic finish.

Micah Schifman, who has worked with Jean Smart, Isla Fischer and Patricia Clarkson, styled her for the premiere.

Bezos, who stepped down as chief executive officer of Amazon last year and is now the company’s executive chairman, was dressed in a gray suit and leather black dress shoes.

Sánchez and Bezos are partners both on red carpets and in humanitarian activism. As the vice chair of Bezos Earth Fund, Sánchez has been involved in philanthropic activities and has recently donated $1 million to This Is About Humanity, a group dedicated to raising awareness about separated and reunified families and children at the U.S.-Mexico border.

Other stars, including Michael B. Jordan and Cynthia Erivo, joined Bezos and Sánchez to celebrate the premiere of the fantasy series. The production is set 4,000 years before the franchise’s movie trilogy and original books.