How Jeffrey Epstein Is Linked to Fashion, Media and President Trump

Roughly a year after Jeffrey Epstein was charged for multiple counts of child sex trafficking, the disgraced billionaire and convicted sex offender’s many links to the fashion and media industries have come to light.

As news developed around his court case, Epstein’s suspicious activities were uncovered, most notably his close relationship to former L Brands Inc. chairman and chief executive officer, Les Wexner, who accused Epstein of embezzlement shortly before his death.

Epstein is now the subject of the new Netflix docu-series, “Jeffrey Epstein: Filthy Rich,” which debuted on May 27, that includes stories from his victims and offers more insight into his relationships with prominent public figures.

Here, WWD looks at Epstein’s close ties within the fashion and media industries, including those with President Trump, Naomi Campbell, Prince Andrew and more. 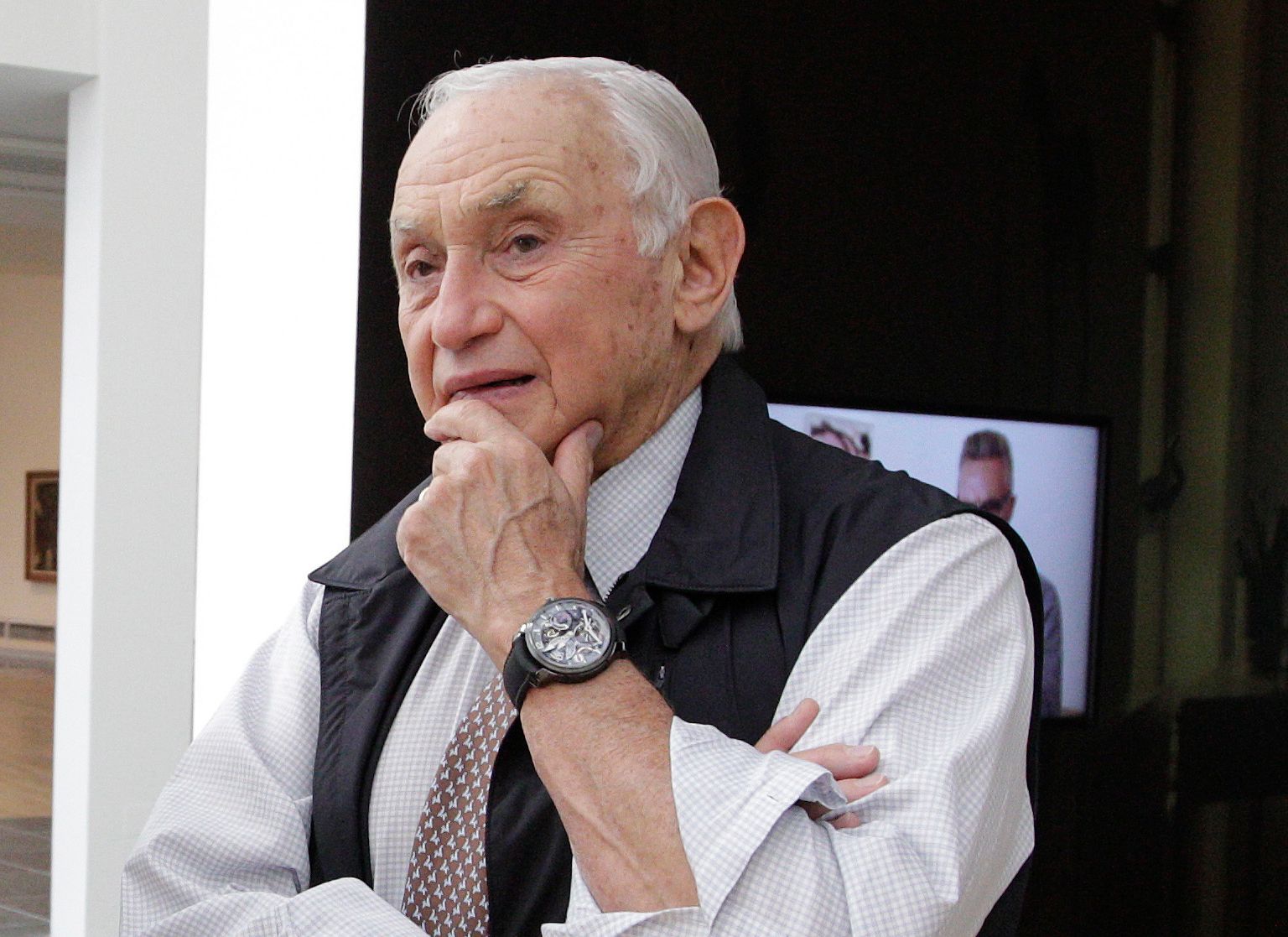 After working as a financial trader, Epstein launched his own firm, J. Epstein & Co., where Wexner was his sole client through 2003. The pair had a close friendship, with Epstein later taking ownership of Wexner’s Manhattan mansion, the same 21,000-square-foot mansion on East 71st Street that court documents demanded Epstein forfeit because many of the alleged acts of child sex trafficking and assault took place there.

According to The Daily Beast, in April an accuser named Maria Farmer came forward alleging that she was assaulted by Epstein in Wexner’s home in Ohio in the Nineties and that Wexner’s security team prohibited her from leaving the residence.

It’s been reported that Wexner cut ties with Epstein over a decade ago, as allegations and lawsuits regarding Epstein’s pedophilia increased.

On Aug. 7, Wexner finally revealed the cause of his fallout with Epstein: embezzlement. In a letter to members of his Wexner Foundation, Wexner explained that Epstein had misappropriated over $46 million from him and his family and had discovered this after severing ties with Epstein in 2007.

“I am embarrassed that, like so many others, I was deceived by Mr. Epstein,” Wexner wrote. “I know now that my trust in him was grossly misplaced and I deeply regret having ever crossed his path.”

Wexner then explained that he was able to recover a portion of the funds through a $46 million contribution from Epstein to Wexner’s YLK Charitable Fund.

On July 16, Wexner made his first comments on his close ties with Epstein, stating in an internal memo to L Brands employees that he was “NEVER aware” of Epstein’s illegal activity and that he “would never have guessed that a person I employed more than a decade ago could have caused such pain to so many people. My heart goes out to each and every person who has been hurt.”

Many of Epstein’s associates have been involved in their own lawsuits for involvement in his child sex trafficking operation, including Jean-Luc Brunel, cofounder of MC2 Model Management, and Ghislaine Maxwell, a British socialite, close friend of Prince Andrew’s and the alleged “madame” in Epstein’s child trafficking operation.

In 2015, Epstein accuser Virginia Roberts Giuffre claimed in court documents as part of the Crime Victims’ Rights Act that Brunel helped supply Epstein with underage girls from around the world by recruiting them as models through the agency. The lawsuit is ongoing.

The same year, Brunel filed his own lawsuit against Epstein, suing him for damages linked to Epstein’s bad publicity and reputation as he increasingly faced sexual assault allegations. Brunel stated that the allegations against Epstein resulted in “a tremendous loss of business” for his modeling agency, according to court documents. In April, the Third District Court of Appeal from the Circuit Court for Miami-Dade County ruled in favor of Epstein, stating that Brunel failed to comply with the service of process requirements in the lawsuit.

Giuffre had also filed a civil suit against Maxwell in 2015, who has also been accused of enlisting underage girls under the ruse of modeling assignments. Giuffre claims she was recruited as a sex slave for Epstein at the age of 15 — where she states she was forced into sexual activities with many of Epstein’s friends, including Prince Andrew — when she worked as a spa attendant at President Trump’s Mar-a-Lago resort. In 2017, the civil suit was settled between both parties. 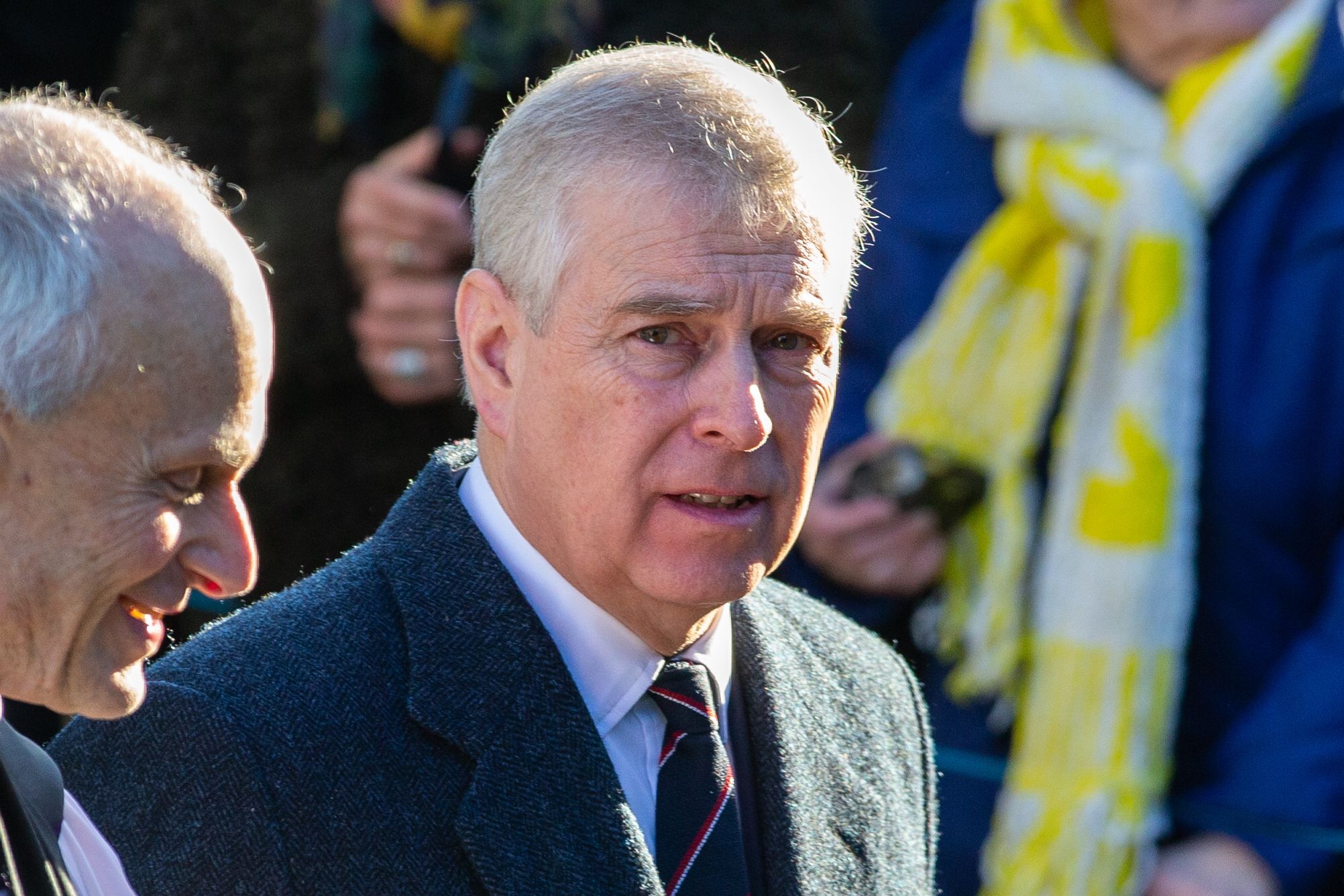 Amid Epstein’s charges, a photo of one of Epstein’s accusers, Virginia Roberts Giuffre, posing with Prince Andrew began circulating online. Giuffre alleged that she was forced into sexual activities with the prince when she was a teenager.

Prince Andrew addressed the photo and allegations in a November 2019 TV interview with BBC’s Newsnight program, which went viral for the prince’s cringeworthy responses. The prince claims that, despite the photo, he has no recollection of meeting Giuffre and stated he doesn’t know how the photo came into existence because he was picking up his daughter, Princess Beatrice, from a pizza party that night.

Just a few days after the disastrous interview, Prince Andrew announced he would be stepping down from his royal duties for the foreseeable future. In a statement, the prince said: “It has become clear to me over the last few days that the circumstances relating to my former association with Jeffrey Epstein has become a major disruption to my family’s work and the valuable work going on in the many organizations and charities that I am proud to support.” 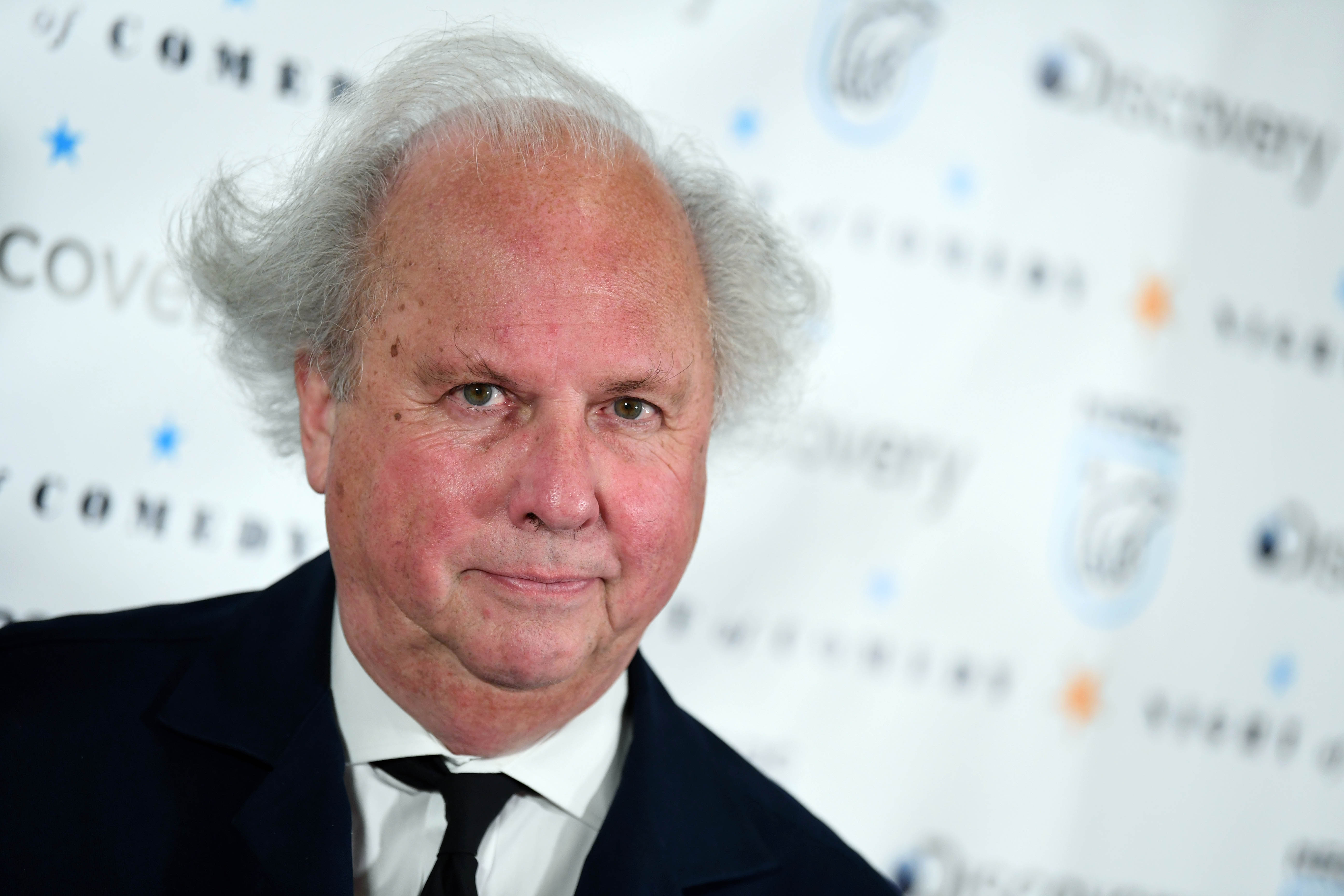 After Epstein was charged, author and journalist Vicky Ward publicly accused former Vanity Fair editor in chief Graydon Carter of editing her 2003 profile of the convicted sex offender to remove all mention of the sexual misconduct she uncovered during her reporting.

Ward alleged that Carter removed the accusations from her story after Epstein made a personal visit to the former editor in chief. According to the Netflix documentary, Carter received threats and pressure from Epstein — most notably, finding a severed cat’s head at his home — to remove the allegations from the story.

Carter later refuted Ward’s allegations in a New York Times interview, stating he doesn’t remember the details of the article.

“I’m not going to get into the details, because I don’t even remember the details,” Carter said in the interview. “The fact is that editors make tough decisions every day and at Vanity Fair we had an army of fact checkers and lawyers and other editors to help us make the right ones. It’s easy for people to question those decisions 20 years on.”

In a statement to the Netflix documentary’s producers, Carter stated: “Ms. Ward’s reporting on this aspect of her story came in as we were going to press and simply did not meet our legal threshold.” 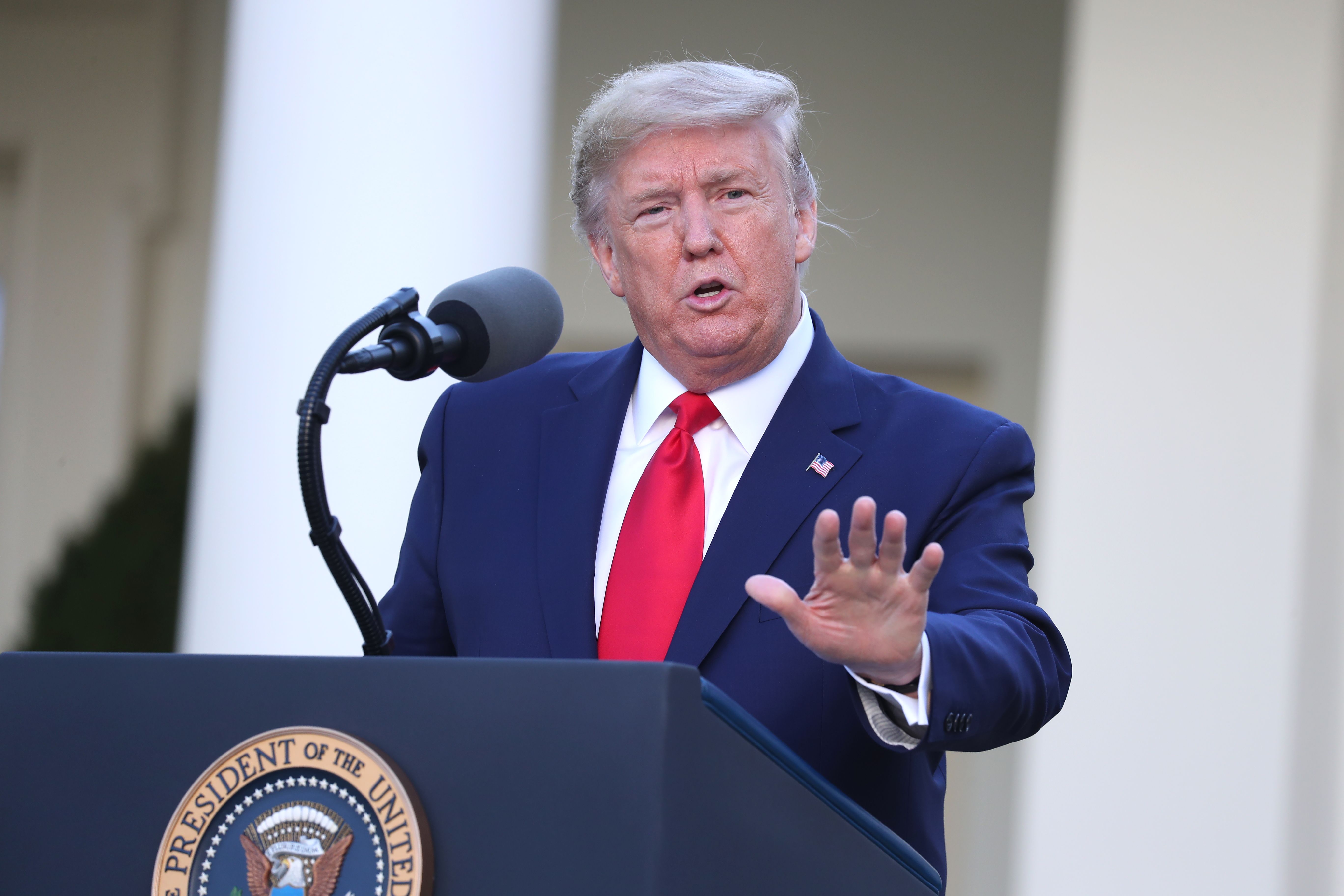 President Trump and Epstein have been linked in the past, with the former once stating to New York Magazine in a 2002 interview, “I’ve known Jeff for 15 years. He’s a lot of fun to be with. It is even said he likes beautiful women as much as I do, and many of them are on the younger side. No doubt about it, Jeffrey enjoys his social life.”

When asked about Epstein at the Oval Office on Tuesday, President Trump seemingly went back on his earlier remarks, stating: “I had a falling out a long time ago with him. I don’t think I’ve spoken to him in 15 years.” He added that he was also “not a fan” of Epstein, but didn’t specify the cause of their falling out.

The two were also involved in the same lawsuit filed in 2016, where an unnamed accuser alleged she was sexually assaulted by both Trump and Epstein in 1994 — when she was 13 years old — at Epstein’s New York home. The court documents describe the assault as “acts of rape, sexual misconduct, criminal sexual acts, sexual abuse, forcible touching, assault and battery,” among others. 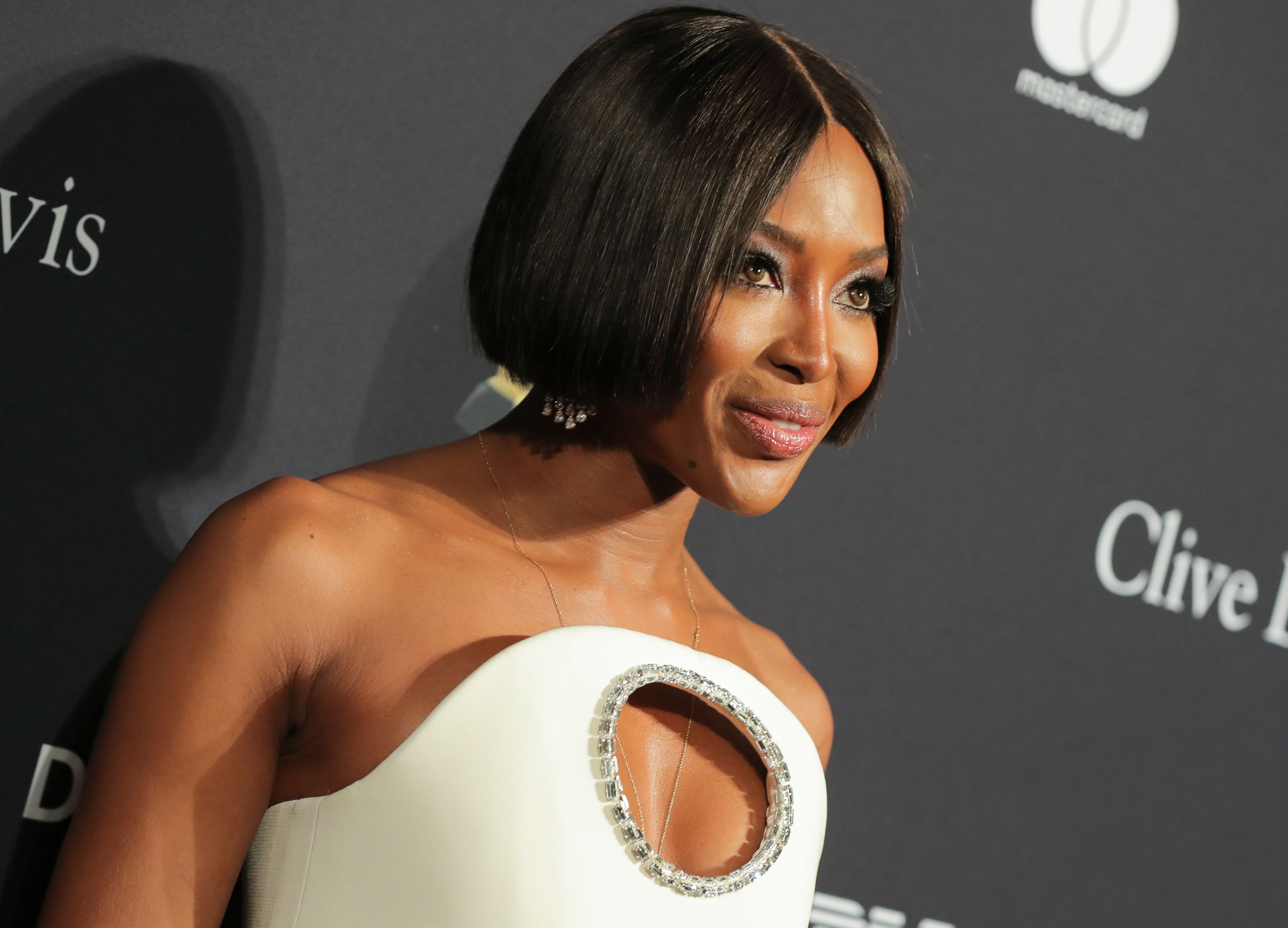 After a picture circulated showing supermodel Naomi Campbell on a yacht with Maxwell and Giuffre for her 31st birthday party and a DailyMail article was published connecting her to Epstein, Campbell posted a video response distancing herself from the convicted sex offender.

“I’ve always said I’m not a saint, that I’m a work in progress, but I will not be held hostage by my past,” she said in the Aug. 20 video she uploaded to her YouTube channel. “For me, it’s a distorted piece of journalism — and I do love great journalism — but this is a direct character assassination.”

Campbell, who is being interviewed by an unidentified reporter in the video, goes on to admit that she did know Epstein, as he was “front-and-center at the Victoria’s Secret [fashion] shows,” but that she did not know him personally or was aware of his crimes.

“What he has done is indefensible,” she continued. “And when I heard of what he had done it sickened me to my stomach, just like everybody else because I have had my fair share of sexual predators and thank god that I had good people around me that protected me from this.” 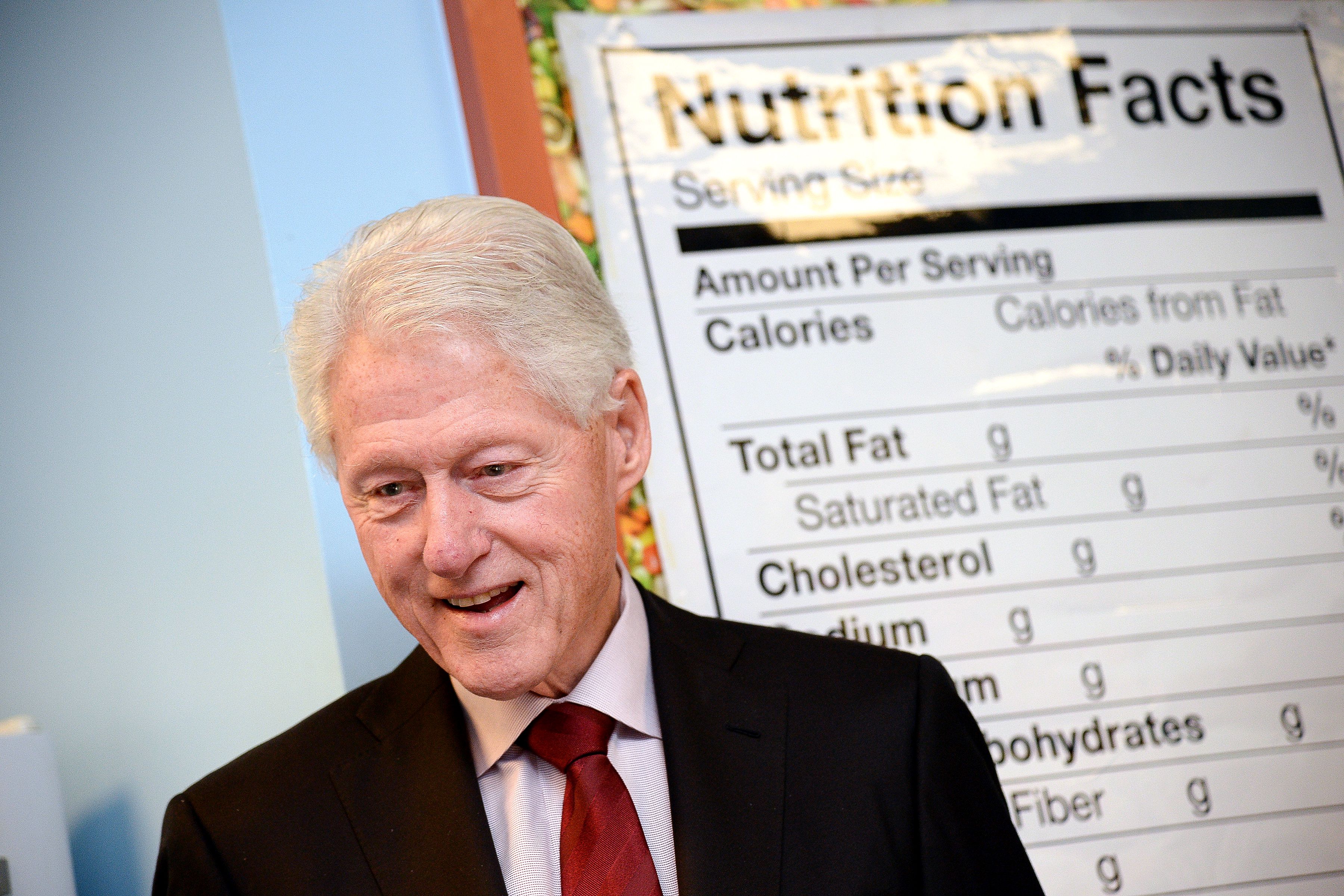 Former President Bill Clinton has also been linked to Epstein, with Clinton reportedly making four trips between 2002 and 2003 on Epstein’s private plane in connection to his work with the Clinton Foundation.

At the time of Epstein’s charges, a spokesperson for Clinton released a statement saying: “President Clinton knows nothing about the terrible crimes Jeffrey Epstein pleaded guilty to in Florida some years ago, or those with which he has been recently charged in New York.”

Clinton’s spokesperson released another statement on his ties to Epstein after the docu-series aired, stating: “This was a lie the first time it was told, and it isn’t true today, no matter how many times it’s repeated.”

The following year, Epstein linked up with Zuckerman again to invest in entertainment magazine, Radar, investing up to $25 million. Radar is now owned by American Media Inc.

A Guide to the Retailers Reopening Amid the Coronavirus Pandemic

How Should We Feel About Looting? It’s Complicated