Jennifer Aniston and Demi Moore Act Out… A Dior Christmas… 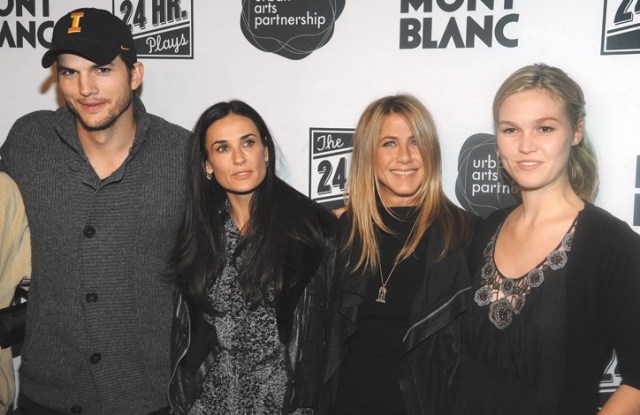 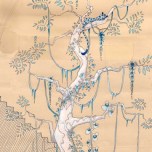 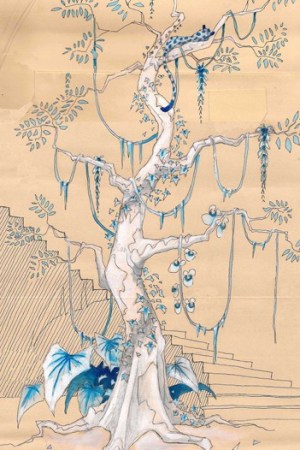 A sketch of the Dior tree.

POWER OF THE PEN: A phalanx of film and television stars descended on Broadway’s American Airlines Theatre on Monday evening as Montblanc presented a new edition of “The 24 Hour Plays,” benefiting the Urban Arts Partnership. Jennifer Aniston, Demi Moore, Ashton Kutcher, Naomi Watts, Brooke Shields, Eva Mendes, Rosario Dawson, Julia Stiles, Liev Schreiber, Emmy Rossum, Billy Crudup, Amber Tamblyn and others acted in six short plays — ranging from farcical to sweet to lewd — which had been written just hours earlier. As the evening’s sponsor, Montblanc was able to force the audience to sit through one play that was all about its own pens — and even had Moore and Stiles star in it. In the show notes, actor David Cross joked that he now had “a sweet Montblanc pen for sale! See me after the show.” Meanwhile, Aniston wrote: “I’m just so excited to maybe work with Rosie Perez for a second time. I want to be her when I grow up.”

OH CHRISTMAS TREE: John Galliano is embracing the holiday spirit. Next month, a John Galliano for Dior Christmas tree will be unveiled at London’s Claridge’s hotel — and, not surprisingly, the designer has eschewed a traditional festive theme. Instead, Galliano has designed a sparkling white tropical Christmas tree, which will be strewn with crystals, orchids, vines and lianas, while a sleeping leopard figure will perch on one of the branches. “I want to combine the festive with the innovative, the spirit of Dior with the beauty of Claridge’s and create something spectacular that will inspire,” said Galliano. The tree will go up in Claridge’s Dec. 1 and will remain in the hotel’s foyer through Jan. 6. “This is another bold step in Claridge’s history to provoke, confound and delight our guests,” said Claridge’s general manager Philippe Leboeuf.

BAILEY GETS A BOOST: Burberry has promoted Christopher Bailey, 38, from creative director to chief creative officer, a new position, in recognition of his contribution to the brand since he joined the company in 2001. Chief executive Angela Ahrendts said the brand was “more cohesive than at any time in the company’s history,” owing to the “clarity, consistency, and purity of his amazing vision.” Bailey is responsible for all of the Burberry collections, advertising and brand image. He oversaw the design and development of Burberry’s Horseferry House headquarters, the Burberry Americas offices on Madison Avenue in New York, and the new Burberry seat in the Ginza district of Tokyo. He is also a trustee of the Burberry Foundation, which he set up with Ahrendts last year.

GOING SOON: If last year’s “auction of the decade” turned out to be beyond the reach of most Yves Saint Laurent’s fans, the second sale promises to be more accessible. Around 1,200 objects from the residences of the late couturier and Pierre Bergé have gone on display at Christie’s in Paris ahead of the auction, due to take place Nov. 17 to 20. Shallow-pocketed collectors looking for mementos can find Art Deco enamel boxes starting at 300 euros, or $448 at current exchange rates, and Louis Vuitton travel bags starting at 500 euros, or $747. The auction is expected to fetch up to 4 million euros, or $6 million, which will be destined for HIV research and the fight against AIDS.