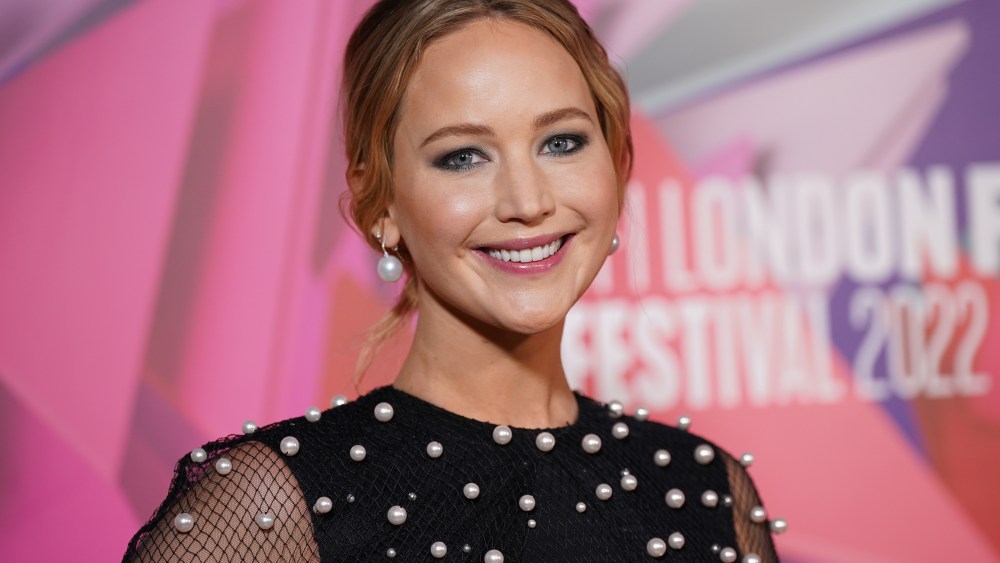 Jennifer Lawrence made an impression with her latest red carpet appearance.

The Oscar-winning actress on Saturday attended the premiere of her new film, “Causeway,” during the 66th BFI London Film Festival wearing a standout look from Italian label Del Core’s spring 2022 ready-to-wear collection. Lawrence’s look was a black dress with a sheer cape, both accented with pearl embellishments. The look was styled by Lawrence’s longtime stylist, Kate Young.

While Lawrence doesn’t make frequent appearances on the red carpet, she always makes an impression with her look when she is in the public eye. The actress has been a longtime Dior ambassador, regularly wearing the design house for her red carpet looks. Most recently Lawrence made an appearance during last month’s Toronto International Film Festival to promote “Causeway,” where she wore a black silk chiffon sheer dress worn over black high-waisted shorts from the Dior fall 2022 couture collection.

In December, Lawrence had a standout red carpet moment at the premiere of her film “Don’t Look Up” where she wore a gold, embroidered silk dress with pleated cape sleeves from Dior’s spring 2022 couture collection.

Arguably Lawrence’s most memorable red carpet look throughout her career came at the 2013 Oscars, when the actress famously tripped on her Dior dress on her way to accept her award for best actress. Lawrence’s look was a drop-waisted, ivory-hued couture dress from the design house. Last year Lawrence was named the top-searched Oscars red carpet style star by Google.