Jennifer Lopez Is the Top Searched Grammys Red Carpet Star, According to Google

Twenty years later, Lopez’s plunging Versace dress is just as iconic as ever.

In 2000, Jennifer Lopez cemented her fashion icon status when she attended the Grammy Awards in her now-legendary plunging green Versace dress. Twenty years later, Lopez and the dress are still as iconic as ever, according to a new report by Google.

Ahead of the Grammy Awards on Jan. 26, Google released a Grammys Fashion Trends report detailing the most searched celebrities at the Grammys since 2004, with Lopez receiving the top spot.

The ranking is a full circle moment for Lopez and the Versace dress. The jungle-print dress was the impetus behind the creation of Google Image Search, with former Google chief executive officer Eric Schmidt writing in a 2015 blogpost that the dress “was the most popular search query we had ever seen, but we had no surefire way of getting users exactly what they wanted, J.Lo wearing that dress. Google Image Search was born.”

After two decades, Lopez’s plunging dress is still a mainstay in the cultural lexicon. For the spring 2020 runway, Donatella Versace looked back to the dress — which was part of the early collections she designed after the death of her brother Gianni Versace in 1997 — as her inspiration for Versace’s ready-to-wear collection show, where she enlisted Lopez herself to model a reimagined version, creating one of the most viral celebrity fashion moments of 2019. 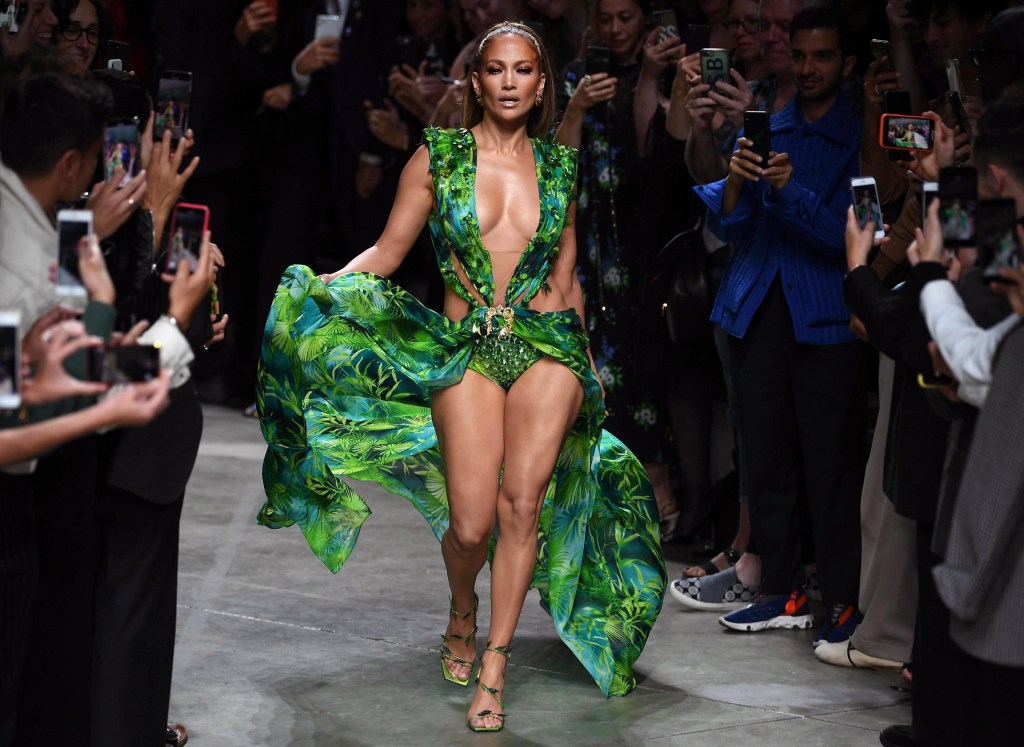 While Lopez’s Versace dress is her most well-known Grammys look, the multi-hyphenate has had a number of other high-fashion moments at the awards show, including a metallic silver Versace gown in 2010, a plunging lilac Ralph & Russo couture gown in 2017 and a beaded, mint green couture dress from the design house last year. 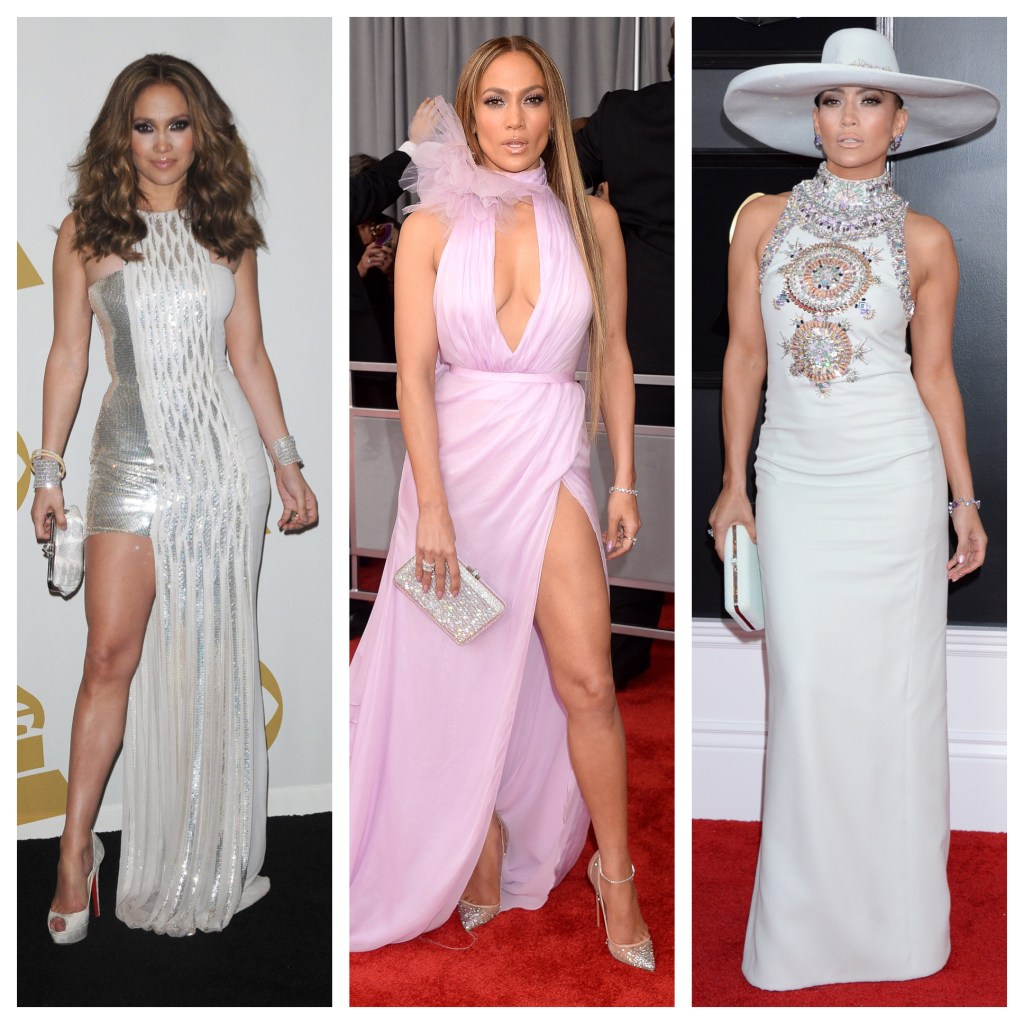 Google’s Grammys Fashion Trends report also includes 70-time Grammy nominee Beyoncé, who has had a number of high fashion Grammys moments over the years. Take 2017, when the singer gave a memorable performance of hits from her “Lemonade” album wearing a custom gilded Peter Dundas gown and matching crown. 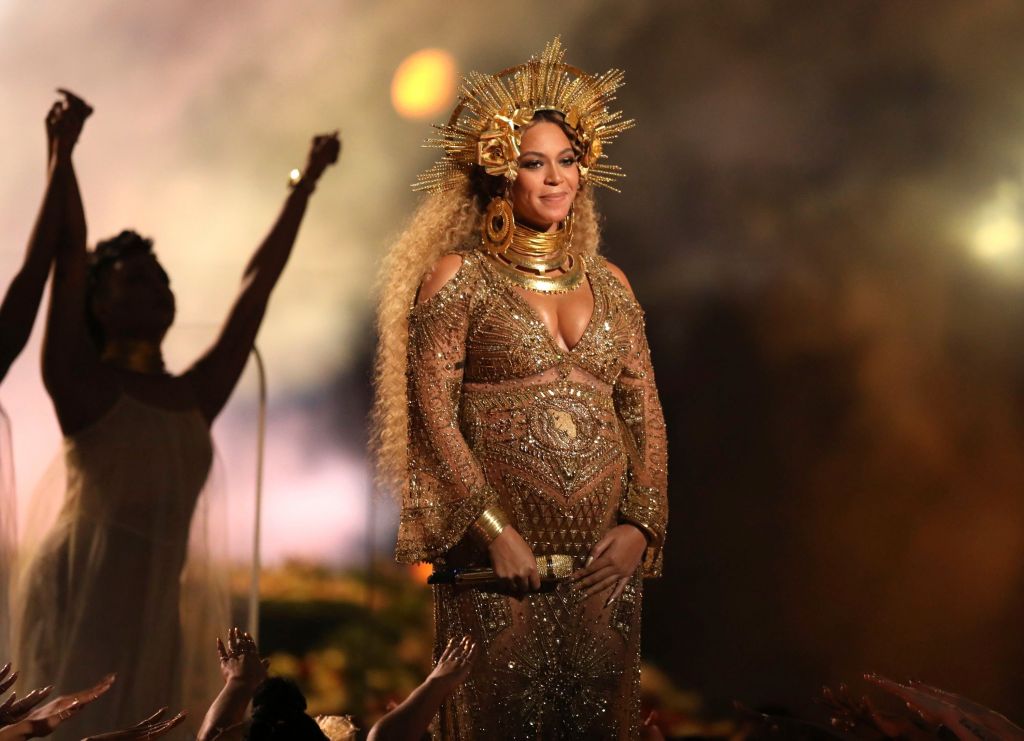 Beyoncé performing at the 59th annual Grammy Awards in 2017.  Invision/AP/Shutterstock

Click through the above gallery to see photos of Jennifer Lopez’s red carpet style through the years.