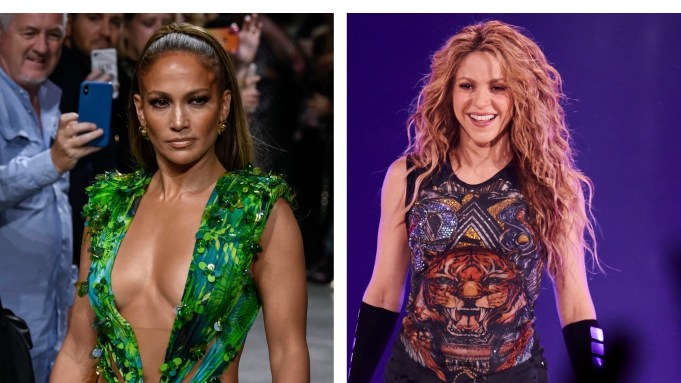 Jennifer Lopez is gearing up for her next big gig.

The multihyphenate is slated to headline the NFL 2020 Super Bowl Halftime Show alongside Shakira. Both musicians took to their Twitter accounts to share the news, with Lopez tweeting: “Going to set the world on [fire].”

Shakira also tweeted out the same photo of the duo, stating: “It doesn’t get any bigger than this!”

The 2020 Super Bowl will take place on Feb. 2 at Miami’s Hard Rock Stadium. The duo follow a lengthy list of other high-profile musicians to perform at the Super Bowl Halftime show, including Maroon 5, Lady Gaga, Katy Perry, Justin Timberlake and Beyoncé, among others.

The news follows a busy month for Lopez, who made headlines — and threw social media into a frenzy — during Milan Fashion Week when she walked the Versace spring 2020 runway in a reimagined version of her iconic green dress. She also premiered her hit movie, “Hustlers,” during the Toronto International Film Festival, which is now getting Oscar buzz for her role as the scamming stripper, Ramona.